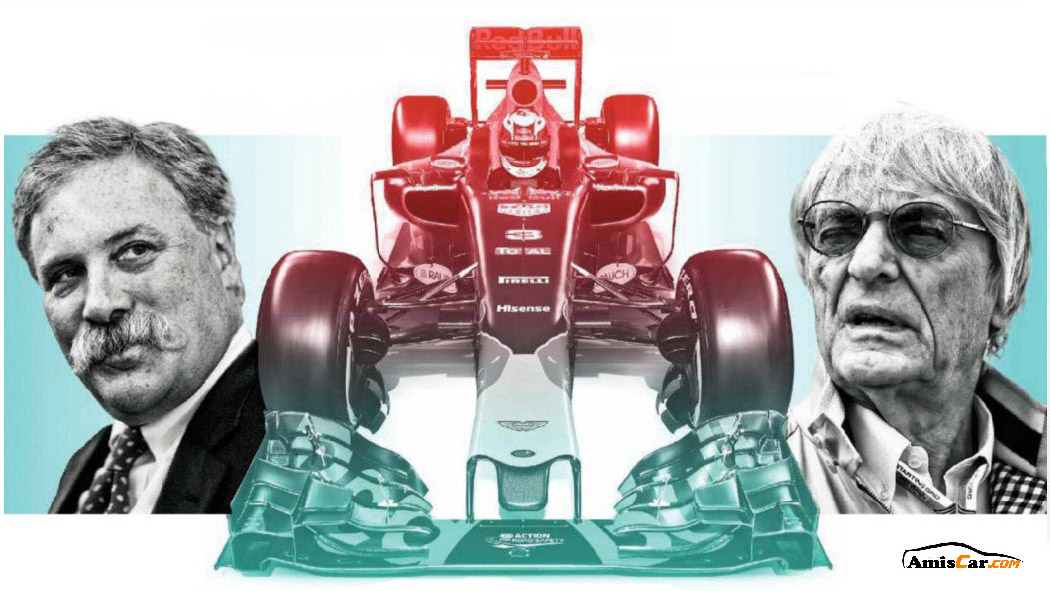 Nervous glances all round as Murdoch’s mate splashes $6bn on F1, and vows to change it.
LIBERTY MEDIA, the new owners of Formula One, are talking the talk. They will expand the sport’s reach; they will attract a younger audience and they will make the sport more competitive. In short, they will take F1 to the next level.
Those are the views of Chase Carey, the sport’s new executive chairman. But so far, so what? We heard similar promises when EMTV first bought F1 in 2000 and we heard them again in 2005, when CVC Capital Partners took their controlling stake.
So what, if anything, makes Liberty Media different to the rest? Crucially, Liberty is a media company, whereas the previous owners were profit-hungry investment banks. They have an extensive knowledge of sports rights, having bought America’s NFL for Fox Sports, and they appear to be taking a longer-term view after agreeing to re-name on the NASDAQ Exchange as Formula 1 Group.
Sixty-two year old ‘Chevy’ Chase Carey is a long-time ally of Rupert Murdoch. He’s been quick to introduce himself to F1’s key players and at the Singapore Grand Prix he impressed the people he met.
‘I’ve only just met Chase and he seems like a good guy,’ said Red Bull boss Christian Horner. ‘He’s had success in other fields, so it will be interesting to see what he can do here.’
The short-term success of Carey’s reign will depend on his relationship with Bernie Ecclestone. Carey has asked Ecclestone to stay on as F1’s CEO, and well he might: a more clandestine business would be hard to find. It will take time for Carey to understand the sport’s inner workings, at a time when a new Concorde Agreement – the legal document that binds the teams to F1 – is up for renewal.
Ecclestone doesn’t have a good record when it comes to working in partnership with others. In 2004 he hired the IOC’s marketing chief Michael Payne, but the relationship quickly broke down, and he continues to involve himself in the sport’s minutiae to this day.
‘Bernie has a reputation of not wanting people with him,’ says former FIA president Max Mosley. ‘But I don’t think that’s fair; it’s more a question of the people he’s had with him in the past not being up to it. If Chase Carey is a good operator, things will run very smoothly.’
It remains to be seen whether Liberty cash in on F1 as much as their predecessors, CVC. The temptation is obvious: CVC bought F1 for $1.6bn in 2005 and, according to Forbes, made $6.1bn over 10 years. It’ll take a strong company to place the good of the sport ahead of a profit like that.
Who are Liberty Media? Founded in 1991, Colorado-based Liberty Media has grown into one of the biggest media conglomerates in the world. With stakes in America’s second biggest cable company Charter Communications, SiriusXM Radio, the Atlanta Braves baseball team and the Discovery Channel, it had revenues of $4.8 billion in 2015. F1’s new boss Chase Carey has held numerous senior positions in 21st Century Fox and News Corp both part of Rupert Murdoch’s media empire.

Can we fix F1? Yes we can!
Luckily for Mr Carey, Car has a 10-point plan…
>Make all races live on free-to-air television
>Enhance the digital output
>Have more show car demonstrations to promote the sport
>Make the cars harder to drive – drivers need to be heroes!
>Rid the cars of gimmicks such as DRS
>Increase the amount of engine noise
>Create a more equal distribution of revenue among the teams
>Reduce the number of races to ensure each GP is a proper event
>Race in the world’s biggest cities
>Reduce the price of entry at races
By: Tom Clarkson