Car Companies Who Are Embracing Singers In Advertising 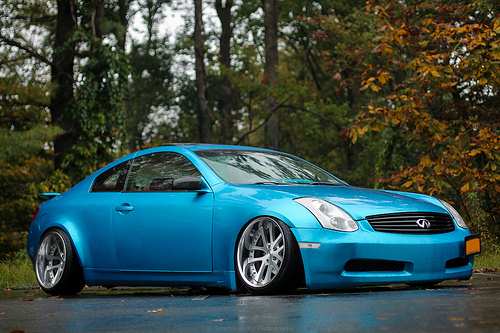 For every major Car company, expanding a market means discovering new and unique ways to connect with customers. Marketing experts work to align dealers with contemporary, even edgy, ways to communicate their brand to the broader global market.
Today's economy is causing some unusual alliances to form - namely car dealers and broadly viewed and loved singers with already established branding that matches the energy and design of the new model of car.
Well-Branded Singers Perform Globally for the Car Industry
Katy Perry, for instance, is loaning her bubble-gum and whipped-cream image to Infiniti and lending them her lungs in peppy, catch-me-if-you-can performances designed to entice. She is scheduled to perform "Teenage Dream," "Roar," and "Firework."
–Interestingly, Infiniti is a Japanese company. It has its Nissan headquarters in China, and Katy Perry is performing her "advertisements" in the Olympic Stadium on stage in Beijing!
She is the main attraction for the 2014 Infiniti China Brand Festival. There is a lot of buzz about the focus of their new local cars and high-technology roll-out with demonstrations rumored to be part of the show scheduled for January 11, 2014.
Michael Bolton Beats Katie Perry into the American Car Markets
This is clearly a global trend. Michael Bolton paved the way for Katie in the U.S. car markets by setting his example with Honda. He did this by agreeing to the Happy Honda Days campaign, which includes a large handful of TV spots featuring holiday tunes like "Snow is Gonna Blow, Blow, Blow."
Bolton will be aired in fantastic Christmas settings over cable, network, and spot TVduring Duck Dynasty, The Amazing Race, Modern Family, The Voice, Big Bang Theory, and others. New advertising trends have now been launched, including high-impact digital displays, pre-roll, and mobile. All of this is in addition to the more traditional use of national radio and national print media such as People Magazine, USA Today, and Sports Illustrated.
From November 18 through  November 22, 2013, people were encouraged to Tweet, Instagram, Facebook, or Vine a holiday message to their friends, family members, and other loved ones by using the recipient 's name and hashtag #XOXOBolton.
On Friday November 22, Michael Bolton delivered an ultimate holiday greeting by incorporating select #XOXOBolton messages into one-of-a-kind musical greeting cards. These utilized personalized videos featuring Bolton singing from inside a giant holiday card.
Toyota Goes With Rock Star Status - A Japanese Singing Cartoon
Toyota has also launched a famous singer to the forefront of their new campaign. This one is designed to promote the new Corolla. Using Augmented Reality and QR codes, Toyota has based the new campaign on Hatsune Miku, a computer-generated pop star.
This project is designed to feature the car while introducing the virtual singer to the American people. In addition to sponsoring a concert for Hatsune Miku  in the U.S., Toyota has also created a QR code-based mobile program offering users augmented reality experiences.
It is believed that this will serve to encourage users to visit the social media platforms as well as the Toyota Corolla website. The first virtual concert occurred on September 16, 2011.
Besides the fact that the attraction of Hatsune Miku requires generating fans, the purpose of the mobile campaign is also intended to make it possible for the experience to be shared.
Along with the Hatsune Miku concert in California, the augmented reality experience connected to the virtual pop icon has also been launched by Toyota.
Even Volkswagen Turns To Tunes and Cartoons
Not one to be outdone, Volkswagen used augmented reality to launch (quite literally) the newest Beetle. A whole new series of augmented reality billboards are bringing the car to life all around the world on both smartphones and tablets.  Consumers have begun an unexpected level of engagement with the new car.
Regardless of whether you love the 1980s music videos or hate them, it's difficult to argue over the best videos of the decade. That would be A-Ha's "Take on Me," the rotoscoped pencil-sketch live-action animation mix. Original and catchy, with a dash of super-memorable.
Volkswagen never forgot it either. They used the same gist in the company's new "Feeling Carefree" commercial. Once it was posted on YouTube, it immediately racked up over 275,000 views. The ad obviously pays homage to the original video, beginning with a few seconds from the opening of A-Ha's video, featuring the start of a car race. Naturally, in this latest version, the Volkswagen Passat plunges forward to win the race. And, of course, for the grand finale, the happy singing winner is met at the finish line by a twirling Bunty Bailey-looking young woman.
The evidence is in: Whether it be singing about whipped cream and candy or belting holiday songs to virtual masses, popular singing big-screen experiences really sell cars.
Chris Countey is a digital marketer and car enthusiast who writes about a variety of car brands including Infiniti vehicles


This post first appeared on AmisCar, The Home For Definitive Car News ., please read the originial post: here
People also like
Higher Health With Weed & Wellness: Find Yourself
September 2022 $100 Challenge account review
Kennyking – Love figure
The Museum of Illusions at World of Illusions Los Angeles
Historic Investment in Partnerships for Climate-Smart Commodities and Rural Projects | Hear What They’re Saying
Sand, sea and blazing blue skies: a car-free break in Cumbria
Make it a September to Remember with Fall Events at the Oregon Coast

Car Companies Who Are Embracing Singers In Advertising