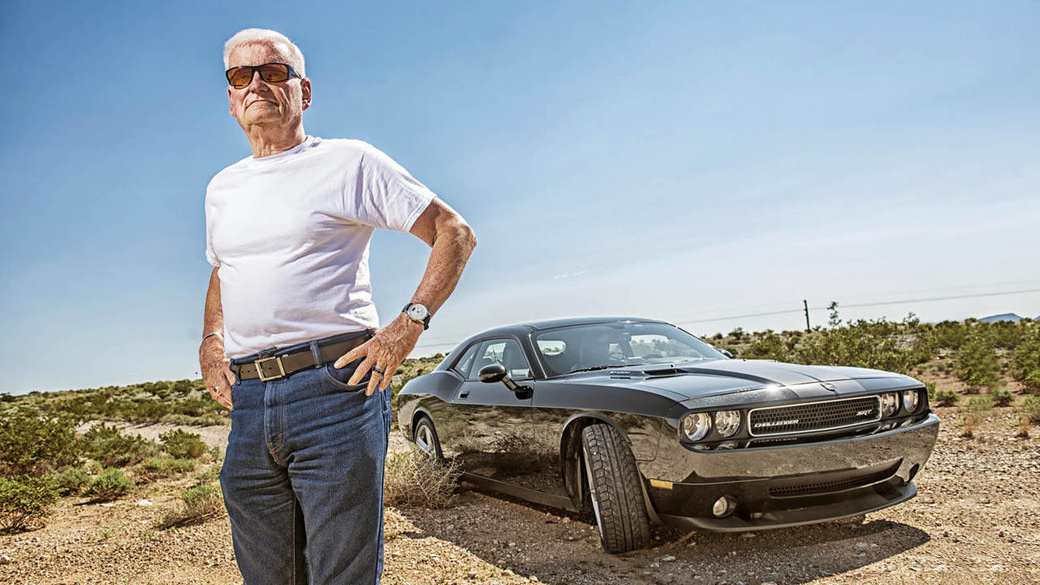 Once an outlaw freeway racer, phil Henry created the electronic tools to seek, locate, and outwit speed cops. his stealth dodge challenger is proof that old habits die hard. Article by Phil Berg.
Even at 72, Phil Henry still loves the sound of air being sucked into carburetors at high speed, something that’s fascinated him since childhood. One of his favorite noises was the gulping air of his old “rat” big-block, which Henry unleashed during the 1970s, in a gutted Camaro, on the then-new stretches of California’s Interstate 15 from Escondido to Temecula.
“The speed limit was 55 at that time, not that it mattered,” he recalls. He was 38 years old.
Henry was among a loose-knit handful of car nuts that became known as “banzai runners,” guys who would wait until I-15 was empty-usually around 3:30 in the morning-and see just how fast they could go. “Anyone under 150 mph was just speeding. You had to be going 150 mph plus to be known as a banzai runner.” The gutsier guys, he says, would wait until a patrol car would enter at an on-ramp, then blow past him. “The cops had no backup then; now they’d have 10 units and a helicopter to get you.”
Today, Henry drives the 250 miles between Las Vegas and Ely, Nevada, in a mostly mechanically stock, black-on-black Dodge Challenger that’s specially equipped for high-speed blasts. There’s a Valentine One radar detector to sense speed traps and conﬁrm what type of signal is clocking his car, plus a secondary Gar-min GPS unit on the driver’s-side A-pillar, which Henry programmed to display travel time from oﬀ-ramp exit numbers to the car’s ﬁnal destination. But that’s not all: Atop the instrument panel is a modiﬁed police radio-location scanner and signal receiver. It uses technology Henry developed over the past four decades and now licenses to Uniden, which sells the system under the name Home Patrol. Henry’s unit, however, features proprietary capabilities not found in the consumer version. One such function displays the numeric identiﬁer codes for highway patrol cars; when cross-referenced with police radio chatter-every 20 to 30 minutes, Nevada’s state radio system sends two-way signals to every cop car-it helps Henry identify how many cars are out there, and if there are any “sleepers” who have gone radio-silent. 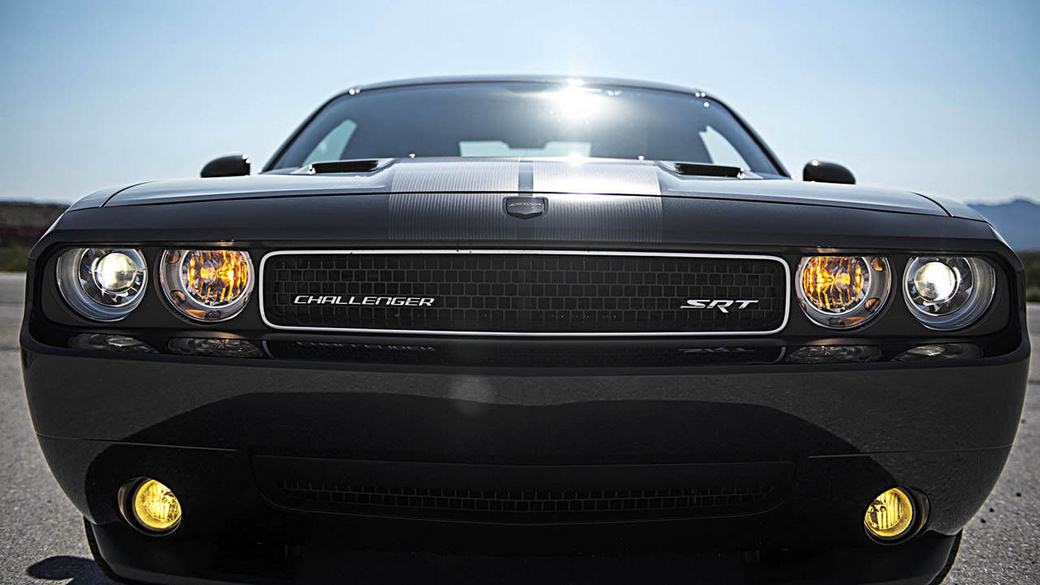 There are simpler tricks, too. All of the interior lights in the stealth Challenger have been changed to red LEDs, to preserve driver night vision; the brake lights can be switched oﬀ; and the car’s taillight signature can be switched from four lights to two. Binoculars serve for recon.
It also helps to know thy enemy. “You can’t just look for Crown Vics anymore,” Henry says. Anytime he sees a black car, he says, one with no chrome and without daytime running lights, he assumes it’s a cop. But even this tech guru will tell you that avoiding tickets is about more than gadgets. “Over the years, I realized you don’t want to rely on technology alone. The best thing to have is good situational awareness.” That means no talking, texting, music, or watching gauges. “The secret is knowing what to look for,” Henry says. “You need to look three to four miles down the road-and don’t do anything but drive.”