It’s hard to resist the sound and spectacle of a classic endurance racer. And no one knows that better than Pepo Rosell. He’s become a cult figure within the bike building business, because he has the knack of giving fast road bikes an appealing vintage race vibe.

Highlands, Buttermilk Opening and Sum…
How To Visit The Natural Pools of Mil…
Bitcoin though plummets holds its hea…
Oxygen concentrators are giving a new…
STORIED CAREER - Ron Howard

This gnarly-looking machine is called ‘Rocket.’ But despite the BSA logo on the tank, it started life as a Triumph Legend TT—a short-lived derivative of the Thunderbird 900. 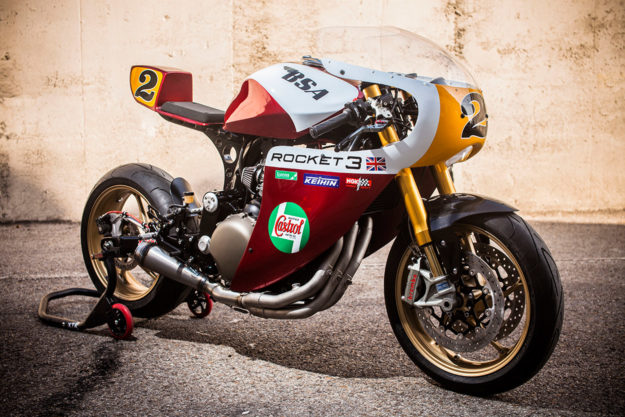 ‘Rocket’ looks like it’d be at home in the pit lane at Le Mans, so it’s got the engine upgrades to match. Pepo has treated the 885 cc triple to ported heads, free-flowing DNA air filters and the exhaust headers from a Speed Triple, modified to fit. (They’re hooked up to a custom megaphone muffler built in-house by Pepo’s friend ‘Super Mario.’) 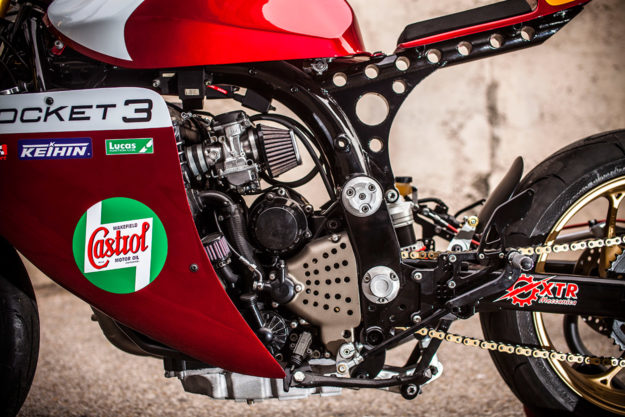 There wasn’t much wrong with the handling of the original Triumph Legend, but that hasn’t stopped Pepo updating the suspension with Daytona 675R Öhlins forks and yokes. 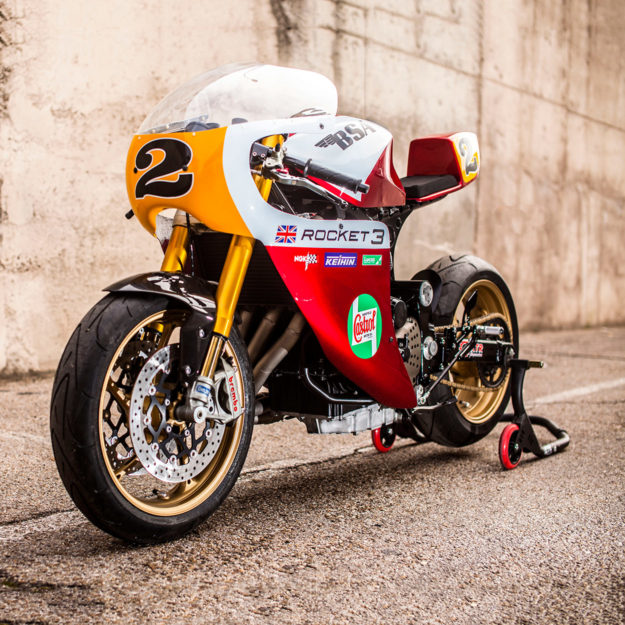 Check the bike in rear three-quarter profile and it’s obvious the back of the frame is all-new—a drilled monotube that also supports the seat unit. Less obvious is the tank: It’s actually from a Suzuki Bandit, heavily modified, and fitted with a Laverda gas cap.

The swingarm is modified to accept the Daytona wheel, and there’s a compact YSS monoshock to keep the ContiSport Attack rubber on the road (or the track). 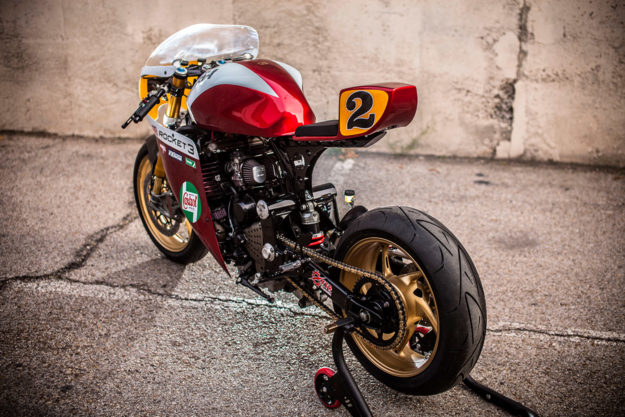 Aside from the ubiquitous Motogadget dashboard, most of the other mods are Xtr Pepo hard parts or one-offs fabricated by Pepo himself.

The clip-ons and footrests are CNC machined, and Pepo has also fitted his own brand of adjustable, foldable levers. 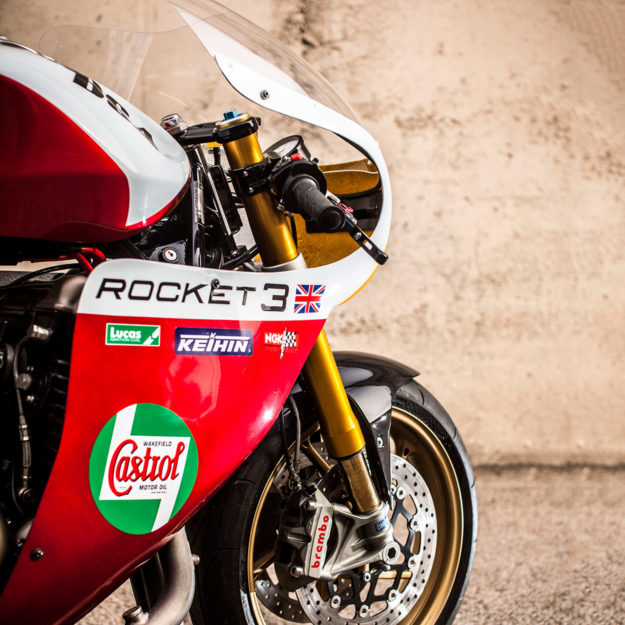 Then of course there’s that bodywork, as simple and effective as anything you’d find from Dunstall, or from the glory days of Kenny Roberts and Graeme Crosby.

The glossy finish was applied by one of Madrid’s finest paintshops, Pintumoto, and there’s a smattering of decals to add to the racer vibe. (Top marks for the Castrol one.) 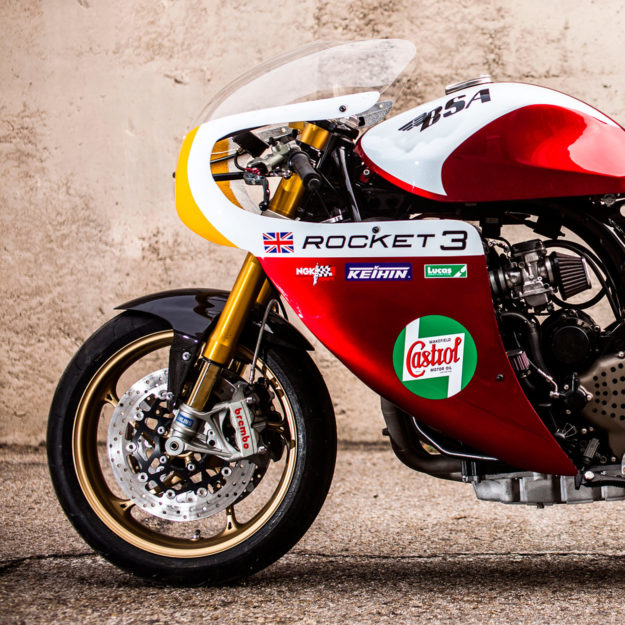 ‘Rocket’ is definitely our kinda bike. If it gets your motor running too, and you have some spare Euros in the bank, you’re in luck—it’s for sale. You know who to call. 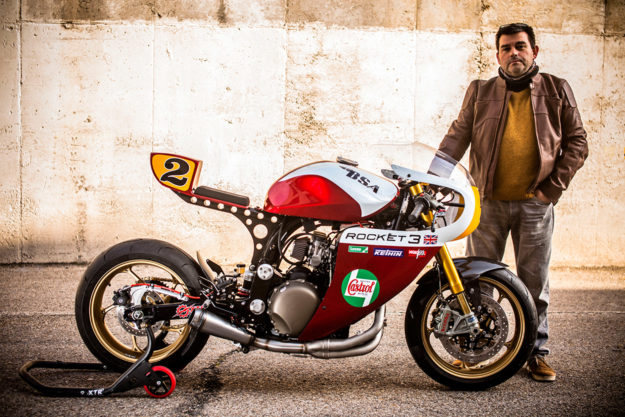 How I found out superheroes are real.