How to get rid of Hematospermia 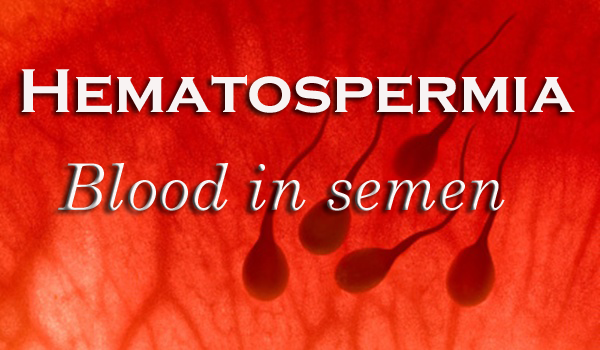 Everyone in this world don’t have knowledge about everything. Some or the other they miss it and sometimes this missing grows high and becomes risky in life. Well, you all have not understood what I am going to tell.
Don’t worry, here I am to remove every confusion you have. I am talking about Hematospermia which is a sexual disease that most of them don’t know. This is a big problem if not treated on time.
Hematospermia is a condition where Blood occurs in semen at the tie of ejaculation. This generally don’t occurs in every men but few of them have this problem. Though many of us would have the problem but we don’t check it or we don’t notice it until some other person have the problem. But this condition can hamper a lot to men suffering from.
This is not easily identified and so the problem is that doctors are also not able to say the how much men suffer from such condition in the entire world. Men enjoy their sex and they never notice blood in semen because this is not so common that men would look around after ejaculation. Let us know what its effects are and how to get rid of it.

It is for almost every person that after having sexual intercourse, they want to relax. Very few people would see their semen but when clearly noticed then it can turn their mind. This is something can make healthy men suffer and when you don’t know about it, its better to go to doctor and know the exact cause for it.
Generally seen in men at the age of 40 or more but there are no signs or symptoms. In many men, this condition occurs once and it disappears on its own without any Treatment. For them there is nothing serious issue but it can completely create a big problem who continuously suffer from such disease.

Causes are many and they can be identified. However some of them are:
•    Prostate biopsy
•    Even due to tumors, inflammations, stones, infections etc
•    Blood vessel problems
•    Infections in epididymis, prostate or urethra
•    Ejaculation ducts obstruction
Also Read: Know About Sexual Dysfunction and its Treatment

Though its symptoms are not easily noticed but occurrence of blood in semen show some common signs which are easily identified. These changes can help you to recognize about Hematospermia and they are:
•    Lower back pain
•    Painful urination
•    Fever
•    Obesity
•    Swelling on the testes or scrotum
•    Pain while ejaculation

Treatment for Blood in Semen

Treatment is very important in such case and as soon it is done, it will be better for the person. This treatment is directed towards the causes when found. There are some treatments which are done by antibiotics but in some studies, it has shown that people suffering from Hematospermia have prostatitis. This is seen in almost one-fourth men and its treatment is not yet discovered.
In fact when there is no cause for the condition then in such case, no treatment is given. This is so because many cases occurs and gets disappeared on its own without any need of cure.

Still now health professional are on their way to find out the exact cause of hematospermia. Actually it is not sure till how many people suffers from such condition but it is mandatory to notice for every men after ejaculation. If the problem occurs then you should go immediately to doctor for treatment.

Can CBD Be Used to Fight Coronavirus …
طرق علاج الشخصية المزاجية
15 Top Trends for Kitchen Design for …
Black And White Thinking: What It Is …
What do you mean there are side effec…

How to get rid of Hematospermia