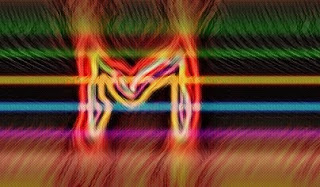 Written in Time's Continuum by:
MAITREYA
"I am the Next Buddha"
"I am the First and the Last, informer of the World - set about to enlist those of Spirit into Cognition, those that are here into a Mission, those that Shall be Enlightened into Tradition"
It is at this present time that I write this, a time that I am 'flying', a time that sometimes I wonder if I am dying, but because of a Robo-Trip (using DXM) I've been enlightened to justify myself. All roads less traveled are roads "must travel".
I would like to enlighten the world.
For years, I thought FATE was decision-based, but then I steadily knew that the Power of Fate is in the hands of the the Great; those with greater willpower Master, not muster their Fate. Fate, a Celtic-Druidic and yet also viking concept - we believe in Magic in the 21st century. But I am here to assure you all that it exists - and that I am "living proof" of Fate's 'liking' of a certain person destined to teach. No matter what I did - how BAD my Life got...I decided forward, I never (often) looked back...but I understand now.

Today, in part because of the dream that 1,081 people had (so far) - people have rediscovered what is important to them. My life has inspired people. I inspire people. An Uber driver asked me today "what inspires you" - my response I can not remember...but if I were to re-do it, I would simply say that my Inspiration comes from within myself...as a high-willed person I never give up. I have learned so much, too much to even consider giving up!

So let us battle this out? Take my word for it...I have little evidence other than what is in my Head. But shall add it at a later time. The things we experience as People - should be taken for what they are worth. I - know that!

THE 5 PLANETS, THE DECISION OF KARMA, THE SPLIT OF FATES

As of today - 8/6/2019, Leviathan has successfully taken control of "fates" and as well masters AND musters Karma; the "Lord Vishnu" worshiped by Hindu's (Indians) is a ORB in Leviathans stomach....what is the Leviathan?

Leviathan is a constellation. He is a collection of Energies; from around the Universe, to and from electricity he goes, and mooching off of brain energy he goes, so when the universe rolls he throws - his fists up to fight, because the planets don't like his BITE. Leviathan, therefore is poetically described as a moving, incredible ElectroMagnetic energy force (Spirit) - perhaps *some* of those who woke up (today) - have new Whims, have discovered new possibilities - perhaps even my Uber Driver...DANIEL. Who I know is 'Spiritual', but how would I know that??? The reason is because I can (instinctually) sense or perceive these things. I have supernatural Psychic Ability; I am the Worlds 'True Psychic'.

Lead me into THY WAY, my name comes down through THY BRAVE - I am MAITREYA!!!! This is the day - people predicted Maitreya would be revealed, here I am...

I am a MAN - who has been taken down, reconstructed, through everything - but through that "everything" I have gained great wisdom. So let us talk about the State of The World; Spiritually...

Right now, as I write this - SATURN - that is "SATURNA" the God of Saturn has come down from his 'spot' in the Woods on Earth; where he 'sealed' me with his Energy - to those who are OF SATURN - these THREE would know what I mean...Saturn has awakened my Grand Energy [2019].

So let us talk more about SPIRITS...
MAITREYA: Spirits are a moving electromagnetic energy field, they are their own "force", similar to Star Wars; they feed off of intentions; and move about, the Brain is a Magnet to the Spirit World; so the capabilities of the human brain PARALLEL the intensity of Spiritual Inclinations - if the Spiritual World accepts the idea that ONE PERSON - is 'True' - true to themselves and true to the world - then they also accept that the future is granted to them - from that same person - who liberates them; who acts to FREE the people of this generation from Religious Intolerance. I have come upon Earth not to disrupt Spiritual Equilibrium - but to inform spiritual equilibrium. I have come here to decide that the SuperNatural are among us - and these are Dangerous & yet Exciting times.

--> LISTEN TO THIS MUSIC
(Its Kicking!) "like the Spirit of the Universe bears a Child of New Direction"
Each planet has their own GOD - each of which I am trying to Quell the Spirits of - to let them know they shouldn't be fighting against EACH OTHER - but to remain "joined as one" in order to assimilate & regain control of EARTH.
This....is the AGE OF MAITREYA.
I am MAITREYA!
The world is under influence right now - by a Man who "shouldn't" - Donald Trump - donald trump is something I don't want to mention right now....because this is about peace. I have bounced around religions; I've been around the block, I know what "is" and what "isn't" - I know what THE PEOPLE want - I KNOW what the Young People SEE - I know that a Star with FOUR FLAGS is what the Young People have dreamed. That an empire of the world is NOT what we see - but rather a world of young people who see (physically) what they have dreamed. I love people! I love society. I have emerged from the Darkness at 27 years old with Love. Happiness is what I give the world. But first let's address these issues. I am a hard-worker, but being supernatural - I accredit my Wealth of Knowledge to My MOTHER - Nicole Marie Calandra - who has helped me substantially reach my goals - to have a place to LIVE - to have a place on Earth - I was born from her....she gave me a way when no one else did. And I appreciate her - and although she may not always agree with my decisions.

I LOVE HER! ...She is My Mom, after all!
She simply decides what she thinks is Right - but I want to let you know MOM - if you are reading this - don't question your Ethics, Morals, or your future. Your future is GRAND. Your Life has been miserable, but I don't want to add ANY misery to it - only LOVE.

The idea - of what I am is about just THAT - LOVE!
Read My Post
--> LOVE is the Strongest Surviving Force of the 21st Century

Love creates, unites, love separates the circle from afar, it is the Gift of Life - and makes all people who have it - healthy. Love - love is the power of two heartfelt magnets rising to emit the Power of Each Other; the Power of Heart; which is unmatched. Unmatched by anything.

Is...Love is an extraordinary force?
YES, it is.
~MAITREYA~
Saturn's Governance of Nations
-------------------------------------------------------------------------
Saturn is the core energy responsible for Political Ambition; he is the Master of Aquarius; the Power of the Youth - energy transmitted from Saturn is invulnerable. Impenetrable. Saturn is a
"blue light" energy. That is dark blue for meditation. Dark Blue is also a color in the flags of many nations.
He is also Light Blue for "Sphere Positivity"...those such as my Cousin (Nova M) are Aquarius Inputters - that is - they are energy sealers for the "Magical Aquarius" (who seal FATES into motion).
So what is FATE? And how does it work? Let's talk about it....
One's enthusiasm always double's down to EXPECTATIONS - that is....that however "enthusiastic" or even "flamboyant" - one is - they may exceed expectations if they simply "believe" in themselves. Belief; is all-important.
Belief itself is an Energy Field; a Magnetic presence, a sustaining force.
~DANIEL NICHOLAS GREGORY~
AKA
MAITREYA

THE BATTLE OF THE FIVE PLANETS

...That is the point - to the travail of Maitreya.
I am liberated by my direction in Life.
Sealed by my Decisions in Life.

I believe because I see the future - and what it may hold - not just for (MY) future children, but for ALL. I want a World - worth living in...full if Students of Brimming health; product of their Teacher; themselves.
MAITREYA teaches those to TEACH THEMSELVES...
Young people, "teenagers", believe in YOURSELVES - the only way to the future is to believe in the SELF. Believe that ANYTHING is possible; never stop following your Dreams!

IF YOU BELIEVE IN MY POWER THEN YOU WILL FEEL ENERGY EVERY TIME YOU READ THIS!!!!

...that is "evidence" of the Power of Belief.
So then be a decision maker. Don't let your Parents do all the Talking!
Chip In!!!
Show your Balls! Show your Courage! Show your Self-Esteem; those who (have) prior been in a Depression - READ THIS - you will feel ENERGIZED, BRAVE, ENLIGHTENED - READY, to FACE THE WORLD!!!
...This is the confidence I have.
Take not note of enthusiasm, but take note of Realities; realities only WE and the WORLD can create!
:::TAKE INITIATIVE:::
[While Taking Your Freedom]
Call that shit "NAYM"

A Comparison of the Environmental Imp…
Things To Do In Copenhagen
Simple Tips To Increase Self-Esteem
Hey You, Finish 2019 Strong
Top Extracts Kratom Review