T3 Benefits in the Brain : Triiodothyronine's Got Magic! (Includes List and Research) 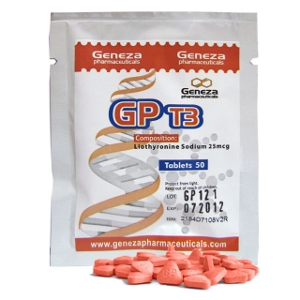 Article is also up on eRoids --> https://www.eroids.com/forum/general/general-talk/t3-benefits-in-the-Brain-triiodothyronines-got-magic-includes-list-and-research
T3HUGE role in the Brain.

This is in part, due to its beneficial effects on metabolism, which have been well-documented in medical literature. When metabolic rate is enhanced, brain metabolism is also improved, and circulation to the Brain is often improved. It comes back to brain ATP and mitochondrial health, as with how T3 affects the rest of the body. T3 as shown in this study, has specific benefits in increasing or enhancing basal (resting) and exercise-responsive metabolism.

These mechanisms include modulating neurogenesis (the making of new brain cells/neurons),  activating antioxidant mechanisms and improving neurotransmission. These mechanisms we will also go into more in the next section. First, an expanded introduction into T3.


T3 : Triiodothyronine - The Body's Most Potent Fat-Burning Hormone
T3 (Triiodothyronine) was discovered in the 1950's [1], Jean Roche, Rosalind Pitt-Rivers & Jack Gross were instrumental in this discovery [2], including in identifying the superior biological activity of T3 [3]. Jean Roche was a French Teacher, Researcher & Pharmacologist [4], Rosalind Venetia Pitt-Rivers was a British Biochemist and Member of the NIMR or National Institute of Medical Research [5] and Jack Gross was a world-renowned Endocrinologist credited with the blunt of the Thyroid gland and T3 hormone research [6].

Together they formed quite an important crew, helping to lead the way in the next Era of medicine. Inevitably, this would all lead to the specific research conducted later on by Visscher, Robbins & Salvatore. These gentlemen carried through on their research in nuclear medicine, Physiology and Endocrine sciences - which effectively brought all of the former conclusions to the Modern Day Thyroid research institutes in Yale, New Hampshire and Cleveland.

Each of these regions also establishing their own clinics for important diseases of the Thyroid gland; like Thyroid Cancer and Hypothyroidism. With several new breakthroughs in Medical Science and improved imaging technology [7], newfound roles for T3 have been engaged [8] and promising developments in Internal Medicine have arrived [9].

Since the late 1990's, T3 has been studied in various research centers for the treatment of Depression, as well as in experimental studies with consenting Patients already engaged in an active treatment program [10] [11] [12].

It was cited in a popular National Institute of Health exclusive, Book, named "Hormonal Treatment of Depression" - SEE HERE.

Since 2003, many subsequent studies have been conducted, and a definite link between Thyroid hormones and Depression has been proven. Even though not all cases of Depression consist of Thyroid dysfunction, most of them have at one point involved it, if not currently [13] [14] [15].

In addition to T3 role in treating Depression in those with hypothyroidism [16] [17] [18] as well as solo-treatment of Depression [19], it also can be used as an augmentation strategy to SSRI-resistant and antidepressant-Resistant Depression [20].

T3 shows a functional modulation of Serotonin neurons in the human CNS as well [23] which probably contribute to its benefits in Depression.

T3 (Triiodothyronine) As a Memory Booster!

The benefits of T3 thyroid hormone on Brain function are remarkably similar to the results obtained with steroids like Proviron. Except one major difference, T3 is legal, easily obtainable ((HERE)) and can provide much longer term benefits without risk to the user. T3 being mainly injectable, is also highly bioavailable, and very effective for all conditions that fall under its set of targets when administered properly. T3 can effectively improve the encoding of memories and strongly improve short-term memory as well as long-term memory [33] [34] [35].

(Psychology Today) Preventing Alzheimer’s Disease Is Easier Than You Think

Motivational Tips to Help You Stick …
‘The Angry Cabbage’. A Vegetable Rese…
Online Brokerage Firm’s Suggestion on…
3rd Gen AMD Ryzen Threadripper 3960X …
Do Employee Referrals Result in the B…

T3 Benefits in the Brain : Triiodothyronine's Got Magic! (Includes List and Research)