Sick of the Beatles, Pearl Jam and N.W.A.?

Look, life is too short to not expand your musical horizons.  And with YouTube presenting a nearly limitless list of more music than than should be allowed – all for free – then you owe it to yourself to give yourself a break from The Pearl Jams, Beatles and Rolling Stones on your play lists.

Here’s a great jumping off point for some of the most critically over-played bands from a myriad of genres. 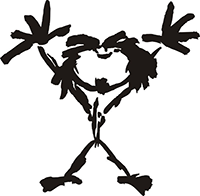 Pearl Jam is legendary, and to a certain extent they need to be recognized for ushering in the early 90s Grunge movement.

However, after their third offering Vitalogy, it just seems like more of the same needless nasally yarling.

Eddie Vedder helped popularize the baritone mumbling style during the days of sleeveless flannel and green Doc Martens, but it wears a bit thin after a while.

Listen to this instead: Mudhoney

Criminally underrated, Mudhoney was incredibly influential to Pearl Jam and Mother Lovebone.  This is not to say that PJ by any means ripped off Mudhoney, as artists are always influenced by other artists, especially when they share a time frame as defining as the “Grunge Era.” 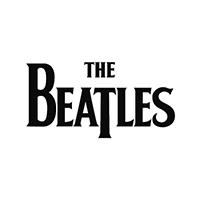 Look, no question the Beatles put out some great music, especially once they started taking psychedelic drugs. But saying the Beatles aren’t overrated is akin to stating that water isn’t wet.

Listen to this instead: The Kinks

If, say, the Beatles had never existed, the Kinks would likely be just as overplayed – or overrated – as the Beatles. But man oh man or they a welcome reprieve from the pre-drug Beatles overplayed poppy schlock. 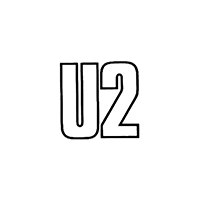 Does any popular band take themselves more seriously than U2? I think not.

But consider this: what other band has forced their album onto your iPhone via iTunes without your $%u(|ng permission? No one else that I know of. Look, they’ve had some good – nay – great albums, but all of these date back to Rattle & Hum and before.

Listen to this instead: Television

If there was no Television (the band, of course) then there likely wouldn’t be a U2. Yes, Television was a huge influence on U2. And dear lord, they are so very much better.

I’m quite fond of “Let it Bleed,” and Gimme Shelter in particularly. But that being said, it’s difficult to stomach

Jagger’s incessant “YahUHH”s over an extended period of time are difficult to “unhear” after the seventeenth or eighteenth time you hear them-per album..

One cool thing about the Stones is that Keith Richards has got to be as close to a real zombie as any other human being on Earth.

Listen to this instead: David Bowie

There are MANY MANY bands similar musically to the Rolling Stones, but I’m going with David Bowie as the awesome sauce that stirs the Rolling Stones are Overrated Stew. Just please don’t judge Bowie’s musical prowess via this god awful pairing with the Stones’ Mick Jagger.

The Sex Pistols “Anarchy in the U.K.” undoubtedly set off the musical seas of discontent known as “Punk.”

The argument can be made that on the other side of the pond, it was The Ramones that put punk on the map, but I digress.

The Sex Pistols also signified the beginning of the end for the Mohawk as a symbol of defiant individualism, as now it has been so diluted that you see middle schoolers rocking the ‘do ad nauseam.

Regardless, with the Sex Pistols’ rather thin music anthology, you need to check out Joy Division immediately.

Listen to this instead: Joy Division

Defining the beginning and the end of the Punk Era is a slippery slope, but you can’t argue that Joy Division wasn’t influenced by the Sex Pistols.

In fact, lead singer Ian Curtis attended many Pistols shows prior to forming the Joy Division. This link below is an excellent starting point.  Joy Division songs have been covered by many big name bands, most notably Nine Inch Nails in The Crow’s soundtrack.

I’m a big hip-hop head and rap fan, so it pains me to list N.W.A. as overrated, but once a rap group “crosses over” (i.e.: sells more of their music to honkies than their own race), overrated has to be assigned accordingly.

I will forever be indebted to my middle school buddy Zack for bringing over an old cassette tape with their original “Dope Man” rendition on it. This honky was hooked from the word “hoe.”

Listen to this instead: Ultra Magnetic MCs

Kool Keith (aka Dr. Octagon, Poppa Large, Black Elvis, and many more) is by far the most successful member of the Ultra Magnetic MCs.  I have no proof that one copied the other, but these underground kings certainly influenced the rap game across the country and worldwide.

I love me some Pharcyde.  They had a big hit with “Passin’ Me By” back in the 90s. Pharcyde is certainly worth your attention. However, once I heard Souls of Mischief about five years ago,they picked up a dope hip-hop need where Pharcyde had left off.

Listen to this instead: Souls of Mischief

Teenagers when they dropped their first album, “93 ‘Til Infinity”, this is one of the most polished hip-hop albums I’ve ever heard, especially considering that they were just getting started.  It’s no wonder why Del the Funky Homosapien thought highly enough of them to add them to his legendary all-star rap collective “Hieroglyphics.”

It saddens me that I even have to put this damn band’s name here.  But holy shi* on a stick, this is easily one of the worst “bands” of all-time.  Please don’t waste your time by Googling these ass clowns. Look I’ll save you the click, and tell you this: their brand of “music” is so disturbingly self-serving, idiotic and formulaic that a small monkey hurling poop at an unsuspecting zoo goer displays at least 80% more originality than these two douche bags.

Listen to this instead: Nothing.  Just listen to nothing instead of Florida Georgia Line. For if you are a fan of this dimwitted duo, you don’t deserve to be listening to music. 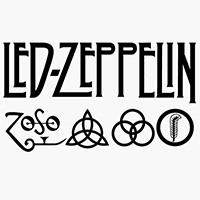 I love Led Zeppelin.  Haters are gonna hate, but most of the negativity heaved their way can be said about just about any other iconic rock band.  So, if you’re a Zepp Head like myself, you crave more music from bands that are influenced by them.

Listen to this instead: Orangutan

Although it’s difficult to label who influenced who here, if you like Zepp you’ll love Orangutan.

Who is Orangutan you ask?

Fair question.  I’d never heard of these cats or the also excellent Leaf Hound until a few years ago myself. Give these cats a quick YouTube spin, and I think you’ll like what you hear. And if you’re one of the few that can’t stand Zeppelin, then these bands can be fodder for your next barroom brawl on the topic of bands.

The post Sick of the Beatles, Pearl Jam and N.W.A.? appeared first on Barroom Genius.

Sick of the Beatles, Pearl Jam and N.W.A.?