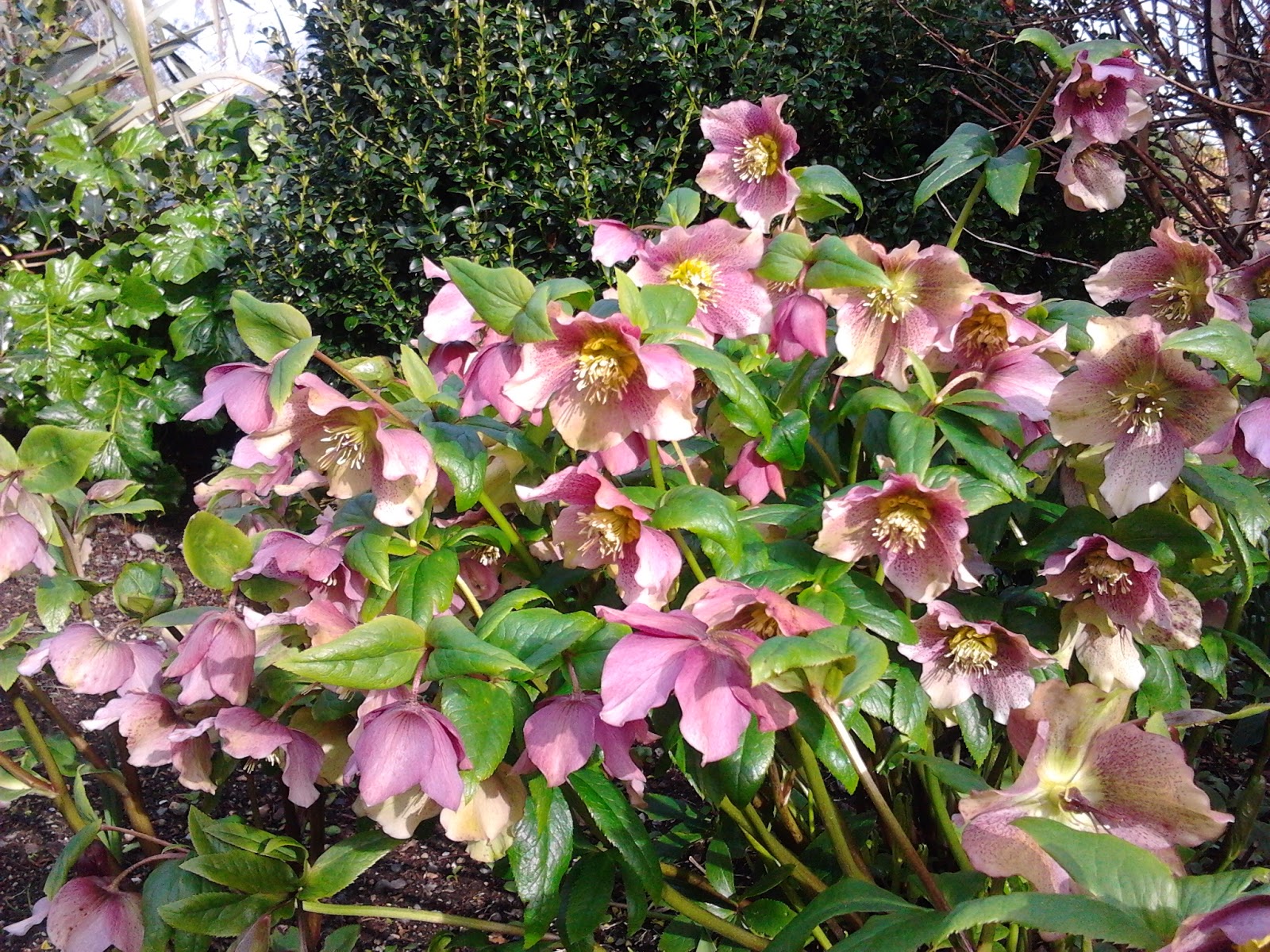 In smaller doses it is a cardiac stimulant & diuretic.

White hellebore is sometimes applied directly to the affected area for herpes outbreaks.
Used for inflammatory conditions of the respiratory tract, gout & other inflammatory conditions, hellebore is best known for its use for hypertension with a full bounding pulse.
It has also been shown to be useful in sunstroke & the congestive stage of pneumonia.

The roots of all Hellebore are strongly emetic & potentially fatal.
White hellebore is an herb that was used historically in Rome as a poison. Later, an extract was used as an arrow-tip poison.

The dried rhizome & juice of this herb are poisonous in large amounts.
In small quantities for relieving both melancholy & mania.
The root is analgesic, disinfectant & febrifuge.

A decoction has been used in the treatment of venereal disease.
A decoction of the root has been taken orally by both men & women as a contraceptive.
A dose of 1 tsp of this decoction 3 x a day for 3 weeks is said to ensure permanent sterility in women.

The roots have been grated then chewed & the juice swallowed as a treatment for colds.

The dried & ground up root has been used as a dressing on bruises & sores.
The powdered root has been rubbed on the face to allay the pain of toothache.

In manufacturing, white hellebore is used as an insecticide against flies & mosquitoes.

All Helleborus sp. are claimed to be toxic.
The powerful toxins present are not destroyed in drying or storage.
Both animals & humans are affected.
Hellebores are said to have a burning taste.
Hellebore overdose can depress the heart causing a weak & running pulse, dizziness, fainting, reduced temperature, cold, clammy skin, pupillary dilation, shallow breathing, sleepiness, coma & unconsciousness.
Prompt emesis can prevent death by asphyxia.
It can also cause gastrointestinal irritation in high doses or with prolonged use, resulting in gastric burning, nausea & vomiting.
White hellebore is extremely toxic.

White hellebore is unsafe to take by mouth or apply to the skin.

All parts of the plant are poisonous.

When applied to the skin, it can cause skin irritation & the poisonous chemicals it contains can be absorbed through the skin.
MAGIC:

If an eagle sees you digging up a hellebore he will cause your death. Draw a circle round the plant, face East & offer a prayer before digging it up.

It was not to be used on cloudy days & should not be given to the very young, the old or the effeminate. 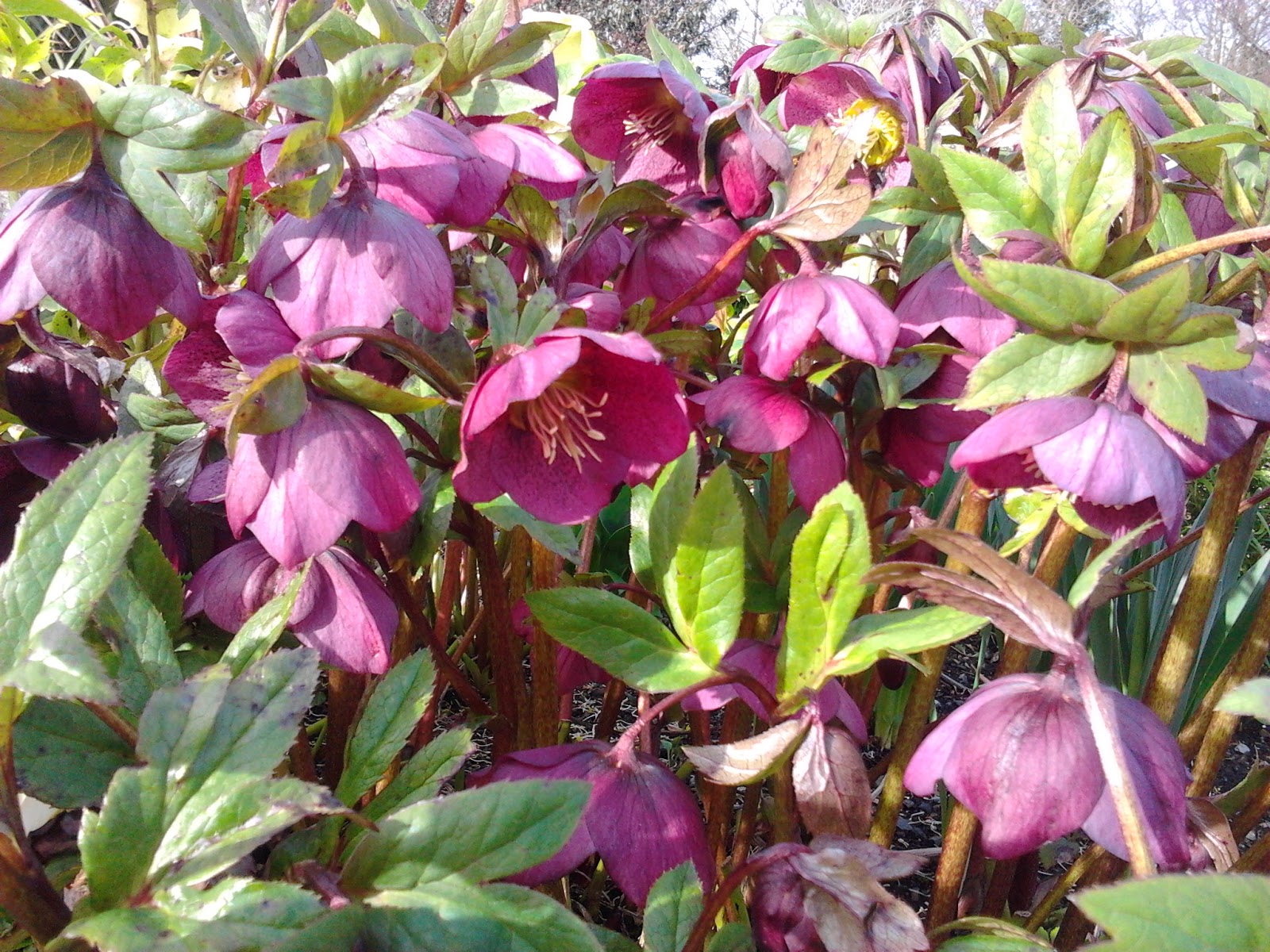 Since medieval times, it has been believed that bad luck awaits those who pick the black hellebore.

Long ago, many farmers blessed their cattle with hellebore to protect them against sorcery & it was for this purpose that the plant was dug up with certain mystical rites.

Some farmers still believe that a good harvest is portended whenever a hellebore plant bears 4 tufts. However, it is believed to be an extremely bad sign should it bear only 2.This portends a crop failure in the near future.

Black Hellebore was used to cure insanity, to guard against witches & evil spirits & was long considered the perfect ingredient for breaking spells & enchantments.
Black Hellebore is a poison & an herb of torment. The scent incites aggression & anger for works of wrath. Black Hellebore can be used as a sachet mix.
Black Hellebore can be planted near the door to guard against evil.
Hellebore has also been used to drive away melancholy & unexplained feelings that something bad was about to happen, or that something is terribly wrong, but one doesn’t know what it is.
A pot of blooming hellebores was brought into the room to drive those unpleasant thoughts away & to change the atmosphere into one of calm.
Folklore also tells us that if a vase of hellebore were brought into a room, an unpleasant atmosphere would be driven out & replaced with one of tranquility.

Dried  & burned, it was believed to drive out demons from possessed human beings & animals alike, & banish malevolent ghosts from the dwellings & other places in which they took delight haunting.

It is said that sorcerers in the Middle Ages would scatter powdered hellebore on the ground before them as they walked in order to attain invisibility.
Many sorcerers & Witches also used the plant to induce astral projections.
Hellebore  was used to predict the weather. Lore has it that people would cut 12 flowers of the Christmas Rose & placed them into a vase. Each flowers symbolized one month of the following year. The weather was forecasted by the way the flowers did or did not open. Closed flowers represented bad weather for that month & open flowers represented good weather for that month. 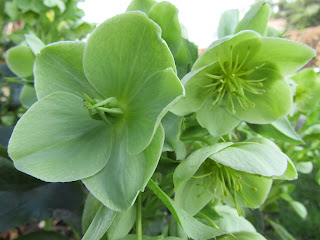