Brain Scientists Have Made A BIG Discovery About OCD 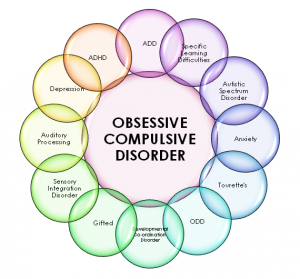 OCD is a chronic and lifelong disorder characterized by obsessive thoughts and behaviors. While people joke about having this disorder, it is not amusing to those who suffer its daily effects.

‘The Angry Cabbage’. A Vegetable Rese…
CBD 2020: What to Expect + Our Top Pr…
California’s Silvergate Bank Bets on …
How To Stay Focused And Motivated In …
Incidence and Prevalence of Top 5 Eye…

Now, Brain scientists at Duke University have tested mice who were bred with a low level of a specificbrain receptor and found that the animals would excessively groom themselves. This  gene, known as Sapap3,  creates the connection between brain cells.

The scientists located a specific region in the brain of mice that controls compulsive behavior, observing when anxiety would trigger the Ocd Behavior. It's considered  a remarkable discovery because, during the testing process, the researchers were able to identify the exact chemical, called mGluR5, that encouraged the OCD-like behavior. When the researchers used a chemical to deactivate mGluR5, the OCD behavior subsided almost immediately.

Even though the testing is a preliminary finding in mice only,  some obvious implications  are clear for people, regarding what is occuring in the brain when someone obsessively washes their hands, needs to walk up steps three times before they enter their home, or one who has to have certain food arrangments on their plate in a certain way before they can eat. It could also lead to additional testing on humans to deactivate mGluR5, which is thought to play a role in Parkinson's disease as  well.

OCD, or obsessive-compulsive disorder, has been diagnosed in about 3.3 million people and involves anxious, obsessive thoughts.analytical and solved crimes.

There's no known cure for OCD, although with training and psychological help, people who suffer from the illness can lead normal lives and adjust to everyday pressures. Current treatment involves increasing the levels of serotonin in the brain.

What's interesting about the Duke University study is that it is the first time researchers have suggested there could be a specific treatment for OCD that has a direct impact on a specific chemical and could therefore lead to a remedy. (In neuroscience, these types of neurological disorders are considered incurable.) Medical treatment currently involves management serotonin drugs and behavioral therapy.

In  an upcoming report, I will discuss how you can repair your own genetic material based on a groundbreaking study published just yesterday.  In short,  sufferers may be able to cure themselves of this and other maladies with no treatment at all.

Important: we will be closed this Saturday the

10th.  We will be in later Thursday and Friday i

you need to pick up. Sorry for any inconvenience.

P.S. Don't Forget to visit our store for hundreds of FRESH,professional supplements and FREE shipping on each order!

Next Wednesday...Find out about a wonderful natural remedy for baldness that outperforms any drugs on the market. Again, sign up!

Brain Scientists Have Made A BIG Discovery About OCD