6 Things You Must Know While Travelling With Marijuana 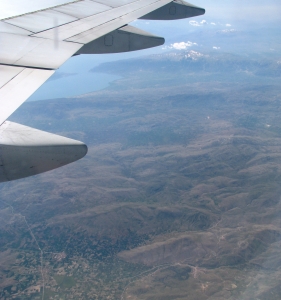 If you love to travel with your pack of cannabis, you will find that traveling with Weed is much easier today than it was earlier.

But before you hit the road along with your cannabis, you need to understand that the legality of cannabis varies from place to place. You cannot just go all over a place carrying a large stash just because it is legal in your home state.

This guide is to help you understand your rights so that you can move discreetly. We also offer some tips for you to have a high-flying journey.

Understand the State versus Federal law

Although many states in the United States have legalized Marijuana, it is still illegal under federal law. This implies that you cannot take weed across state borders even if both states have made marijuana legal.

Chances are you might get checked, fined, or even arrested at the security points which come under federal laws.

Even if you are from a state in which marijuana is legal, the chances are that the state you are visiting ain’t so progressive.

Flying with cannabis is a thought that would have indeed crossed your mind. Carrying weed on the flight isn’t legal, and it might land you in trouble. This is because flying comes under federal law, and marijuana is illegal under it.

But if you compare the risk versus reward option, it is a much easier option.

According to the US Transportation Security Administration (TSA), airport authorities generally do not conduct marijuana searches, and a little ounce won’t land you in trouble. A major reason is that the technology is now evolved to identify much greater threats than just a few grams of weed. They search for liquids, C-4, and other weapons that compromise passengers, airline crew, and aircraft safety.

It is technically illegal to fly with weed, but the TSA isn’t going to bust you for a Vape Pen and a few joints.

However, what seems simple is that the US might be illegal in another country. Also, internationally sneaking marijuana is a big NO!

We cannot stress enough about getting a portable medium for smoking weed. Using a vape pen saves you from the trouble of searching for your lost lighter. All you need to do is stuff your weed in your vape pen, turn it on, and start inhaling the vapor.

We recommend checking out the zong bong at cheap rates that will save you a lot of time and effort when traveling to a new destination.

Since e-cigarettes, vaporizers, and vape pens are battery-operated, TSA prohibits them in your checked luggage. You should carry them in the aircraft cabin (in carry-on luggage).

The same rule applies to traveling with vape liquids. For carry-on bags, you can travel with up to 100ml of e-juice. Place anything more than that in your checked luggage.

Driving with marijuana is risky

Believe it or not but driving with weed is much riskier than flying with it. Why? Your out-of-state license plate is on the radar of police officers, so do not smoke or even vape in your car. It is such a dead giveaway, and if the police officers smell marijuana on you, they are likely to search your vehicle.

But if you are one of those hard-skinned guys who still want to drive with it, avoid odor-giving marijuana products. Get a gummy or vape pen, so the smell doesn’t give you away.

If you own weed, make sure to keep your product of sight and mind. Keep the weed locked in a sealed and airtight container.

Store your marijuana the right way

Learn the correct way to store your marijuana while traveling to protect your weed from mold, losing flavor, and keeping it fresh.

As we have mentioned above, the security administration stops a suspicious guy who poses a threat to other passengers. However, they must involve local law enforcement if they detect federally illegal activity or possession.

So once you get caught in possession of weed, be honest about it. No police officer buys “I do not know how this stuff arrived with me” argument. Be truthful, and the chances are they might let you go with a warning or fine!

You should take time to find and understand the laws at your source and destination places. When traveling with marijuana, you are governed by the laws of different states and federal law.

6 Things You Must Know While Travelling With Marijuana