Alopecia barbae is one of the types of Alopecia areata in which causes hairloss in pathes on beard. In this article, you can find information about its symptoms, causes, and natural treatments to get rid of Alopecia barbae.

Dreaming About Cellphones, What Does …
It’s Me – Chapter 11
Sex on Your Period – Reasons to Do It
Why the Riddler is such a good villai…
7 Techniques for Bitcoin Beginners

A brief Introduction: What Is Alopecia?

Alopecia, otherwise called as baldness. Everyone knows it, and everyone has seen it(at least 50% of the adult population is known to have experienced alopecia in some or the other form.)But not everyone knows that baldness does not only mean the Hair Loss from the scalp and head region that occurs with aging.

In fact, there are a few types of alopecia, and each of them has its characteristics.

The three main types of alopecia are:

A common autoimmune disorder that causes hair loss from the scalp and other parts of the body in small, round and smooth patches. The hair follicles are believed to be attacked by particular lymphocytes that consider them to be a threat to the body and health of the individual.

Stress, genetics, allergies, viruses, hormones, and toxins are also thought to aggravate the problem. It can affect men, women, and children equally.

It may heal by itself, especially in cases in which the development is small. However, sometimes the problem recurs, and it may even present itself in cycles of hair fall and regrowth.

Also, an autoimmune disorder in which the immune system attacks the hair follicles, producing total hair loss on the scalp. It does not spare any small patch of hair in the head. The eyebrows and eyelashes can also be affected. Along with the hair, the nails also become thin and brittle.

It is believed to be influenced by genetics, expressing itself before the age of 40 in those who are affected. The other possible causes are chronic stress and sudden shocks. It affects more men than women, and in rare cases, it may heal by itself.

This is the most uncommon and most severe type of alopecia. It causes total hair loss from the body and scalp as well as damage and distortion of the nails. It occurs due to a genetic mutation in the chromosomes, and hence it is present in the organism since birth time, though it may express later in life. The treatments are often complicated, but some people experience spontaneous hair growth.

Hair loss is caused by inflammation due to burns, bacterial infections, injuries, ringworms or autoimmune disorders. It permanently damages the hair follicle and replaces it with scar tissue.

In some cases, the hair loss may be gradual without any other indication in an otherwise healthy individual. But in other cases, it may be accompanied by itching, burning or pain. The bald spots may have redness, scaling, altered pigmentation and even raised blisters with fluid or pus in them.

It is also known as male pattern baldness (MPB). It is the most common type of alopecia, and it is the cause of male hair loss in 95% of the cases. Also, occurs due to changes in the androgen hormone.

Other forms of hair loss include: 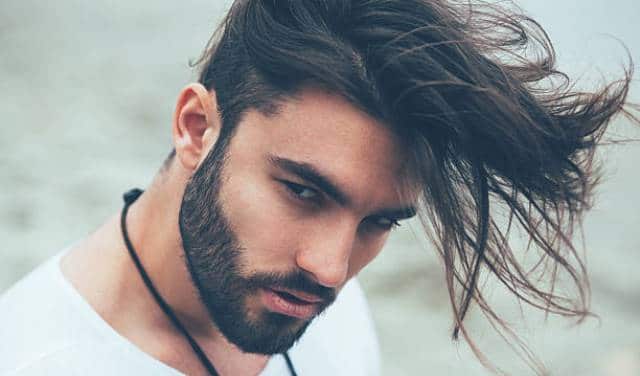 In this article, we are going to focus on a type of alopecia known as Alopecia barbae. We will tell you about its causes, symptoms and the best home remedies to treat it.

Its full name is Alopecia Areata Barbae. It is a type of Alopecia Areata since it produces hair loss in patches that are round and smooth and sometimes peach in color. It may be accompanied by a burning or tingling sensation.

“Barbie” comes from the Latin, and it means “beard.”

Hence the name Alopecia Areata Barbae is given to the condition of hair loss in the beard region. This includes chin, cheeks, and jawline. It is a non-contagious disorder, and it affects a small percentage of men.

It occurs due to a variety of reasons that are not entirely defined. However, its main reason is believed to be an auto-immune disorder that affects the hair follicles damaging them and thus leading to hair loss. The condition may also occur due to a hereditary link.

Alopecia barbae occurs independently of other types of alopecia. Even those men that have a healthy scalp hair can be affected by Alopecia barbae and vice-versa.

Although it does not suppose a serious risk to health, alopecia is advised to be treated as soon as possible to prevent the spread of the bald patches.

The exact causes of the occurrence of alopecia barbae are not accurately identified yet.

Studies indicate that the main reasons are heredity and autoimmune disorders, and the condition may be aggravated by stress, anxiety, depression, and negligence of the early symptoms.

The possible causes of alopecia barbae are:

An uncommon reaction of the immune system against its body cells and pigments. It mistakes the hair follicles for antigens or harmful foreign bodies. Antibodies gather together in a patch and attack the hair follicles in it. This leads to their inflammation and the detachment of the hair strand. The T-type lymphocytes are considered to be responsible for the development of this condition. These lymphocytes white blood cells enter the hair follicles of the beard area, disrupting the normal growth of hair. The roots are weakened, and hair starts detaching in patches.

Hereditary predisposition and genetic factors also contribute to this condition. Many men with alopecia barbae have other members in their family history with the same problem.

Conditions like stress, anxiety, and depression may accelerate the loss of hair.

Situations that can aggravate the condition are environmental abnormalities, chemicals, extreme physical strain, hormonal imbalances, allergic reactions and the presence of other autoimmune diseases.

Note that alopecia barbae is not at all associated with other forms of alopecia and occurs independently of them. Loss of scalp hair does not induce hair loss in the face or vice versa.

As its name suggests, the main manifestation of this condition is the appearance of bald patches in the beard zone.

It can develop in men any time after puberty, generally at the age of 30 to 40. It starts as a sudden appearance of a small patch of hair loss that is often neglected due to its reduced size. Then it spreads, and several bald patches may appear at once, and they might increase in both size and number.

You can notice them easily while shaving. The patches are completely hairless, circular, smooth, shiny and soft. They may have a peach color.

The spread of the bald spots may cover the whole area.

The baldness is sometimes accompanied by a burning, itching or tingling sensation.

In rare cases, the nails might be affected and experience thinning and detachment from the nail bed.

Treatment To Get Rid Of Alopecia Barbae

Treating alopecia barbae might take from weeks to months depending on the severity. Like in all the medical conditions, the early the symptoms are identified, the easy its treatment will be.

Many times, people neglect the appearance of bald patches in the beard because of their small size and benign appearance.

While it is true that alopecia barbae is not a life-threatening condition, it can be very troublesome in its advanced stages. That is why we recommend that its diagnosis and treatment is started at the earliest.

Only in a few lucky cases, alopecia retreats and heals by itself within a period. But sometimes, it may turn into a recurring condition.

Because the hair loss, in this case, is caused by internal factors rather than external ones, there isn’t a direct method or therapy to cure it. However, there are a few options to ease the situation and reduce hair loss as explained below.

The common treatment options to help in hair growth include:

These treatments should be availed strictly and only under professional supervision. Their success is not guaranteed, and sometimes they may produce side effects. They are commonly known to cause irritation, pain, and even stoppage of hair growth on disruption of the treatment.

On the other hand, natural remedies rarely cause any side effect and are inexpensive and usually available at the ease of our homes.

Anyone with slight knowledge of these natural remedies can use them either as complementary therapies or alternative treatments for reducing the extent of hair loss.

There are some Alopecia treatments that can promote the growth of hair and reverse the symptoms caused by alopecia.

Home Remedies To Get Rid Of Alopecia Barbae 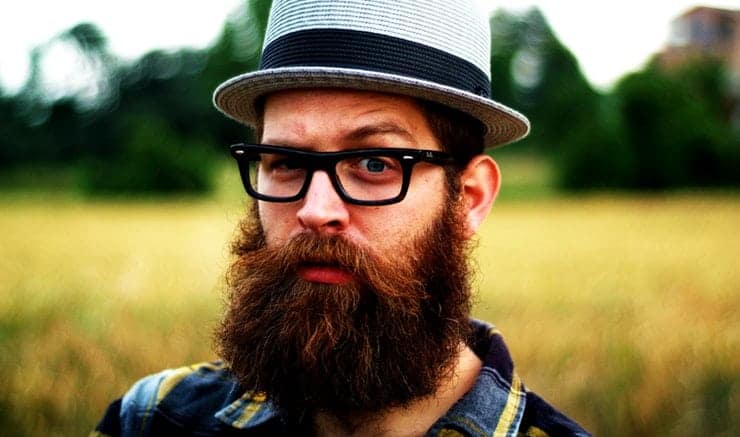 Home Remedies To Get Rid Of Alopecia Barbae

Aloe vera gel stimulates blood circulation and the activity of the hair follicles. Treatment with aloe vera in the initial stages of alopecia is the most effective. Aloe vera gel should be uniformly applied with the help of a cotton ball on the affected areas. It is recommended to apply a second coat after 15-20 minutes and to continue with the treatment for at least two to three months.

Application of natural aromatic substances like essential oils of lavender, rosemary, thyme or cedar wood in combination with carrier oils like jojoba and grape seed can help in the stimulation of the hair follicles. This treatment has a high rate of success and shows no side effects. The only drawback is the possibility of allergy to the plant oils by some people.

They increase blood circulation and relax the muscles and the mind. This, in turn, reduces stress and promotes hair growth.

a. Massages with lavender oil mixed with almond, sesame or jojoba oil accelerate the growth rate and stimulate the hair follicles along with moisturizing the skin. Lavender oil is known to slow down hair loss and even reverse it.

b. The massages can also be done with neem paste mixed with castor oil or coconut oil.

Amla is one of the most popular hair falls cures in India. It can aid in the regrowth of beard hair too, especially if applied with sweet lime and letting it dry. Juice extracted from gooseberry fruit is also highly beneficial, both orally and topically.

Coconut Milk obtained by grinding the coconut with water and squeezing it to get the milk can be rubbed with light strokes over the affected area to enhance healthy hair growth. It can be applied twice per day.

Continue massages for a few time daily, in circular motions that allow the skin absorb the oils. It can be then rinsed with a mild soap or cleanser.

Herbs those who stimulate the hair follicles include burdock, peach leaf, nettle, sage, and rosemary.Simmer those in water together, cool it and strain after cooling. Use the strained liquid as shampoo, then apply it in beard and other affected areas as well.

Onion juice helps in growth of hair. It’s advised to apply a thin layer of extracted onion juice the first time to observe the development of skin irritation. If it doesn’t occur, the juice can be used daily twice. Hair regrowth can be observed after approximately two weeks.

If your skin is not too sensitive to the onion, merely rubbing an onion on the patchy area can also prove useful.

Other Important Things To Keep In Mind Are:

Although the causes and hence the prevention of Alopecia barbae is not exactly determined, the maintenance of healthy habits like a balanced diet, regular exercise, and proper hygiene always contribute to an overall excellent condition of the body, including the hair and scalp.