Big Asian stories in the news

What will happen to the banking industry there if the traditional British rule of law disappears and the money is sent to Chinese banks that have little oversight?

there are reports that the US Congress passed a law rebuking China: USNews:

WASHINGTON (AP) — Congress has approved a bill rebuking China over its crackdown in Hong Kong amid protests against a strict “national security” law that outlaws so-called subversive or terrorist acts, as well as collusion with foreign forces intervening in the city’s affairs.

Critics say the new law effectively ends the “one country, two systems” framework under which Hong Kong was promised a high degree of autonomy when it reverted from British to Chinese rule in 1997.

translation: They are ignoring a legal treaty not to do this. But hey, no one stopped them when they made their artificial islands in the West Philippine sea: Obama pressured the Philippines not to push back, and take it to court. The international court sent China a nasty letter saying what they were doing was illegal.
And China laughed and ignored it.
But now the US president is used to doing business deals in the shark infested waters of New York City, and he is pushing back.

The U.S. legislation would impose sanctions on groups that undermine Hong Kong’s autonomy, including police units that have cracked down on Hong Kong protesters, as well as Chinese Communist Party officials responsible for imposing the new security law.

and here was have the part on the banks, which is making the big international banks hyperventillate with anxiety (and probably send more money to BLM).

The bill also imposes sanctions on banks that do business with entities found to violate the law. The Senate gave final legislative approval to the measure on Thursday, a day after the House approved it. It now goes to the White House.

Ahead of the Senate vote, Chinese foreign ministry spokesperson Zhao Lijian said no amount of pressure from external forces could “shake China’s determination and will to safeguard national sovereignty and Hong Kong’s prosperity and stability.”

He urged the U.S. to abide by international law and stop interfering in Hong Kong’s affairs, and not sign the sanction bill into law.

LOL. Can you say "gaslighting" children?

If President Donald Trump signs the bill, "China will definitely take strong countermeasures, and all consequences will be borne by the U.S. side,” Zhao told reporters Thursday.

the USA is busy decoupling from China, so this will only push the break.
a lot of this is in the business section of the news, so I only follow it at a distance. But I am aware of how China is busy buying up the rare earth metals in Africa during the last decade because I follow the human rights abuses in these mines.

Forbes article on Blood Cobalt (for your batteries)

China's long term plans were to monopolize these resources, but the US does have the ability to reopen the mines and keep the supply independent of Chinese companies. (WSJ vis NatRev)/
The problem? Environmental regulations stand in the way.

As I noted back in December, the United States is sitting on a massive supply of rare-earth metals. We just haven’t worked out a way to access it in a way that environmentalists find acceptable

Again, the upcoming election should be talking about this, but instead I suspect if the news programs on US TV cable networks will just exaggerate such mines as killing minorities, even though, like the blocked pipelines, they mean screwing the poor whites who live in the area and would get jobs.

Sigh. I am pro environment, because I lived in Appalachia and saw how the land was destroyed by the mines. But it is not an "either or" proposition: but it's easier to raise money and get the usual nincompoops to support this if you exaggerate and make the opposition Satan.

The big fight is not between Trumpieboy and Biden (Biden originally was a blue dog Democrat, and of course, New York City Trumpieboy was also a Democrat). It is between those who want efficiency in a one world order and those who want local input into these decisions.

and that is one reason that silent money is being pored into organizations to support the "racism" riots that are not about racism as much as a "Red Guard" type destruction of American culture. 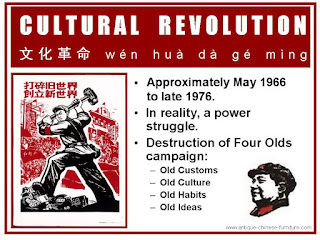 and the dirty little secret is that BLM is a Marxist organization and the Antifa have been practicing for months to riot. and is joined by "yutes" who have no meaning in life so hey, let's help fight racism.

because if you destroy America, and destroy Trumpieboy's policies, then the vacuum will be filled by an increasingly aggressive China here in Asia (and a rich, corrupt European union oligarchy there).

Big Asian stories in the news