they take care of their own

The failure to find justice for those who steal other people's money by diverting it into their own pocket is notorious.
the most notorious one in recent times here: GMA got rich while president but got released from Jail after the UN (prompted by George Clooney's wife) said she was jailed illegally. Clooney is a big Clinton donor, and of course GMA was Bill Clinton's classmate. And it didn't hurt that she had appointed quite a few of the justices who sat on her case.

Hired an Autosleeper Duetto
When will I get to write?
Simple Tips To Increase Self-Esteem
From Newbie to Digital Marketing Expe…
Antique Holbein Rugs
But then you have the charity sweepstakes Corruption, the siphoning of funds for typhoon victims, etc etc. There is even a Wikipedia page with a list.
yet outside of a few cities run by party machines, (e.g. Chicago) one does not expect corruption in the USA.
So when you read the sob story in USAToday about this poor guy who has to go to jail, one wonders if Trumpie boy has a point.

he bilked 46 million dollars out of friends and clients in a Ponzi scheme but got only a few years jail time, and even then the judge complained about that dang law that forced him to sentence the guy to jail.

"It was a substantial fraud," said the judge. "It was a fraud that involved the deception of people who had a lot of faith in the defendant."
Ultimately, Rakoff sentenced Caspersen to four years in prison, followed by three years of supervised release, and nearly $28 million in restitution.

The prosecutor wanted him to get 15 years in jail.

But get out your handkerchiefs: the Judge says it's sad to put him in jail when he finally is getting his life turned around.

"No purpose would be served by having him rot in prison for years on end," said the judge.
He characterized federal sentencing guidelines that would allow the far longer sentence sought by prosecutors as "absurd."

oh, my heart bleeds for him 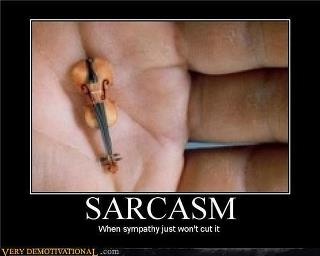 And, referring to the likelihood that some might question the leniency, Rakoff said outsiders didn't know all the facts of the case.

ah yes, we have the "who am I to judge" mindset here.

the guy pleaded he couldn't help stealing the money because he had a "gambling addiction".

Like Weiner's sex addiction, claiming your bad behavior is a mental illness will get you a "get out of jail free card".

Which is why Trump's latest commercial citing corruption at the top might get a few folks to vote for him.... that is, if they actually are aware of these things, which often aren't covered in the news. Of course, the internet and talk shows point these things out, but one never knows how many of these rumors were true.

yes, I know: Occupy Wall Street was supposed to be protesting corruption, but they were funded by Soros related organizations and doing stunts like blocking working people from going to their jobs, not bothering those who actually are behind these shenanigans.

In contrast, Wikileaks seems to be hitting them where they hurt..

oh by the way: Did you know that the world's global warming treaty is now international law, and will apply to the USA even though it was never passed by Congress, as the constitution demands?

yes, I worry about pollution, but the devil is in the details: Obama's schemes to bypass the constitution by executive order is dangerous, and hasn't gotten much publicity... but now I ran across two pundits worrying that Trump might become a "dictator" and do the same, so vote Hillary. Presumably she will bypass the rule of law too, but hey she supports their point of view.

they take care of their own