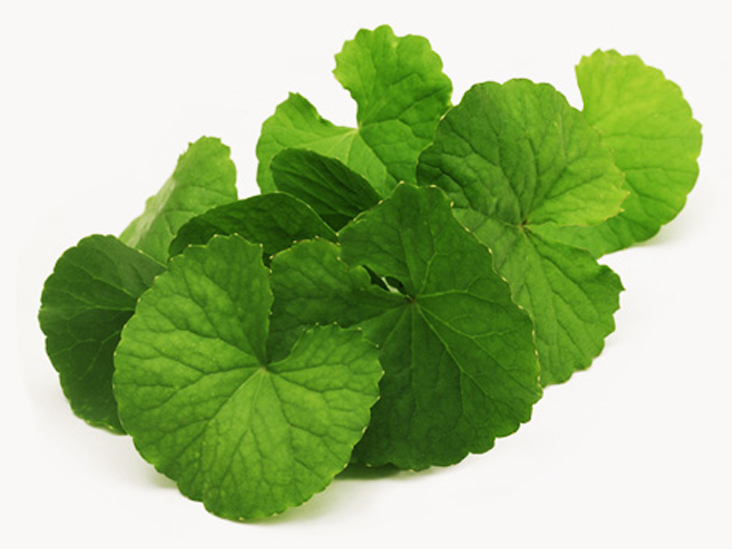 The medicinal parts are the dried above-ground parts, the fresh and dried leaves and stem.

Mentioned in most Eastern religions and medical systems. Has a reputation for longevity. Under the name Fo-ti-tieng it was prescribed and taken by Professor Li-Ching-Yun, Chinese herbalist who died in 1933 at the reputed age of 256 (Guinness Book of Records). The herb is active in Ayurvedic Medicine, having a long history for leprosy and tumour. Prominent as a mild analgesic to alleviate pains of the female generative organs, for mental illness. Some success has been reported for cancer of the cervix. In Chinese medicine it covers a wide range including infertility, insomnia, crumbling nails, impaired vision, chronic sinusitis, sexual debility and some venereal diseases (juice of the fresh leaves).

It is a medicine of some versatility. In the West it has been used for recovery from surgical operation, drug withdrawal. Addison’s disease (copper-coloured complexion), rheumatism. For skin disorders: discharging ulcers, acne, pemphigus and lupus (where not ulcerative). It is said to heal without a scar. It is of value for tiredness, depression, loss of memory, and to improve the nervous system generally in Parkinson’s disease. Recent research reports improved memory and the overcoming of stress, fatigue and mental confusion.

Gotu Kola plant portion above the ground contains a large amount of Vellarin which is a substance that fights infection dis-eases like leprosy, syphilis, and eczema. Care is taken to dry this herb in the shade to preserve this valuable substance. It is known to help promote the stimulation of the brain and relieve fatigue when given in small amounts. Good for the functioning of the pituitary in disorders of the adrenal system when used in conjunction with other herbs. The extract has been much-used to treat wounds and other skin problems, such as leprosy and also to treat tuberculosis.

It can treat depression and mental weaknesses; many claim that it is a marvelous memory herb. If you take too much of the herb, you will experience headache and stupor; thus, you must regulate your personal dosage.

Indian Medicine: The herb is used for skin diseases, syphilis, rheumatism, and leprosy. Gotu kola is also used for the treatment of mental illness, epilepsy, hysteria, and for dehydration.

Homeopathic Uses: Gotu Kola is used for skin diseases associated with itching and swelling and inflammation of the uterus. 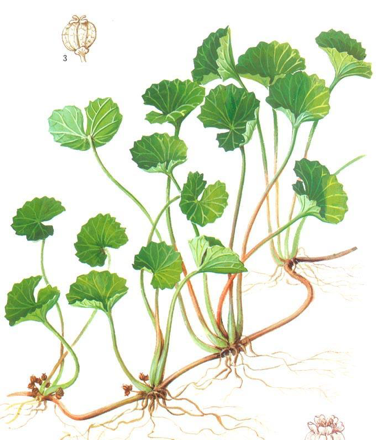 Chronic Venous Insufficiency
A randomized, double-blind, placebo-controlled study evaluated the efficacy of a titrated extract of Centella asiatica in treating chronic venous insufficiency. Ninety-four patients, with chronic venous insufficiency were included in the study. The asiaticoid mixture, administered as 60 mg daily and 120 mg daily for 2 months, led to significant improvement in subjective (heaviness in the legs, pain in standing up, edema) and objective (plethysmographic measurements of vein tone) parameters compared to placebo (Pointel, 1987).

Venous Hypertension
The effect of an extract of Centella asiatica with capillary filtration and ankle edema was evaluated in patients with venous hypertension. Sixty-two patients were included in the study and administered either placebo or the extract as 60 mg or 30 mg three times daily. Capillary filtration rate and ankle edema both significantly improved in a dose-dependent manner in the extract-treatment groups. The subjective symptoms (swelling, sensation, restless lower extremity, pain and cramps, and tiredness) were significantly improved in the extract-treatment groups, with no change in the placebo-treatment group (Belcaro, 1990).

Anti-Inflammatory Effects
Anti-inflammatory effects exerted by extracts of Centella asiatica were demonstrated by a reduction of acute radiation reaction in rats (Chen, 1999).

Anti-Neoplastic Effects
Cytotoxic and antitumour effects of Centella asiatica involve direct action on DNA synthesis. The development of solid and ascites tumours was decreased by the herb (Babu, 1985).

Ulcer-protective Effects
Asiaticoid (suspended in propylene glycol) administered orally to rats, significantly reduced the formation of stress-induced ulcers (Ravokatra, 1993). An extract of the herb also significantly inhibited gastric ulceration induced by cold and restraint stress in animal models. The dose dependent reduction of gastric ulceration was associated with a dose dependent increase of the GABA level in the brain (Chatterjee, 1992).

Dosages for oral administration (adults) for traditional uses recommended in standard herbal reference texts are given below.

Tea: Quarter to half a teaspoon to each cup boiling water; infuse 10 minutes; dose – 1 cup.

Storage: Store in a cool, dry place and in well-sealed containers.

Allergic Contact Dermatitis: Although there have been case reports of allergic contact dermatitis due to Centella asiatica, the plant’s sensitising capacity is considered low (Bilbao, 1995; Danese, 1994; Gonzalo, 1996; Hausen, 1993).

Not used in pregnancy or epilepsy.

Use for not more than 6 weeks without a break.

Other Uses in Herbal Medicine

Gotu Kola is used in Adrenetone; Dr. Christopher’s Adrenals Formula: to compensate for stress placed on the heart from adrenals. The formula helps correct any imbalance in the adrenal gland, it also compensates for any stress placed on the heart. The formula contains mullein, lobelia, Siberian ginseng, gotu kola, hawthorn berries, cayenne, and ginger.

Gotu Kola Medicinal Plant – Benefits and Uses was first posted on July 2, 2020 at 7:30 pm.
©2019 "ital is vital". Use of this feed is for personal non-commercial use only. If you are not reading this article in your feed reader, then the site is guilty of copyright infringement. Please contact me at [email protected]

How CBD reduce stress and anxiety

What Is Time-Restricted Eating? Is it Good for Health?