“If you give me a laptop, I can create anything in any format — video, audio, print, on any budget from one lakh to one crore,” says Deepmala. And that’s how she began The Visual House (TVH).

It all started in a small room of Deepmala’s Faridabad house on a laptop she borrowed from a cousin. With an investment of Rs 10,000, TVH has now grown into one of the National Capital Region’s renowned film production houses, clocking in crores in revenue.

Deepmala embarked on her journey a decade ago when the entertainment industry had almost no female producers. The 39-year-old meticulously charted her way through the male bastion that even today reeks of sexism, and shattered every boundary to fulfil her passion.

“I always wanted to be my own boss and create something of my own. But I lacked experience and courage. So, I worked for almost nine years in different media organisations. Of course, quitting was not an easy decision, especially considering the money I was making. But as they say, you have to take the plunge at some point. Mine came about in 2010,” Deepmala tells The Better India.

After completing her Diploma in Radio and TV journalism from the International Institute of Mass Media in Delhi in 2001, Deepmala went on to don multiple hats. 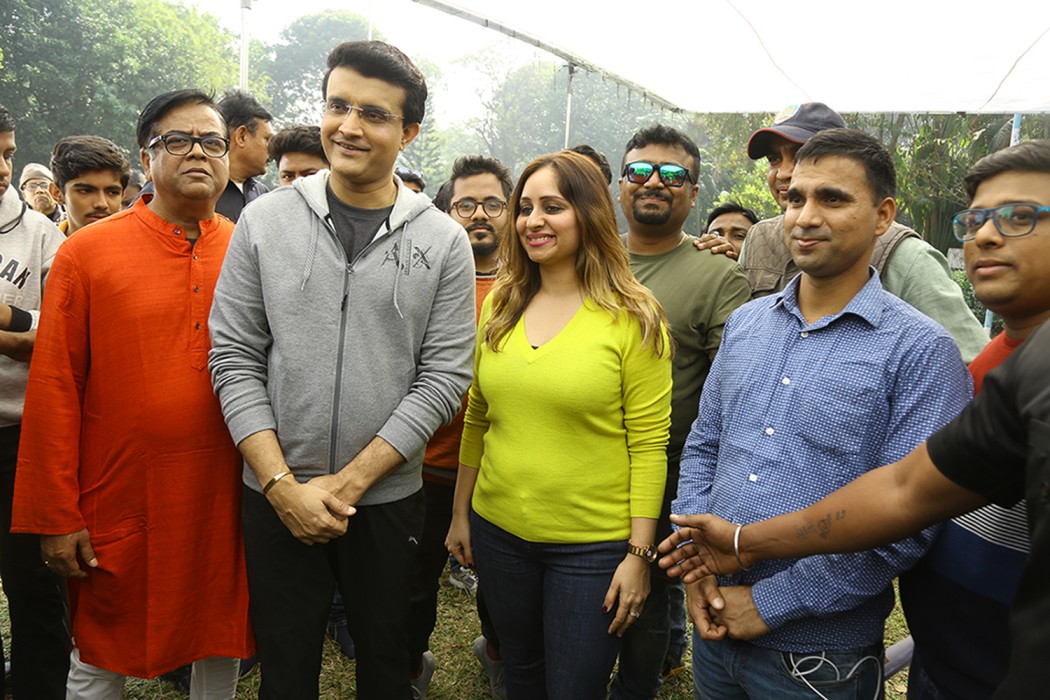 Deepmala, founder of The Visual House, with former Indian cricketer, Sourav Ganguly, during an ad shoot

“I did reporting, desk work, scriptwriting, direction and editing. I wanted to get into journalism, but I soon experienced the excitement of filmmaking. Though I had a particular job profile, I spent extra hours in the office to learn other skills,” she says.

Her constant efforts at acquiring new skills and being a part of every creative project eventually resulted in several work opportunities. One of the important professional lessons she learnt was to build and maintain a good rapport with all her colleagues and clients. “These contacts later came in handy when I started my own company.”

Around 2009, the filmmaker got married and took a break from work. To ensure financial stability, she worked as a freelance director for a few years.

“By then, I was confident of handling projects on my own. I knew how to create something out of nothing. Even if I failed, I could always go back to a job.” 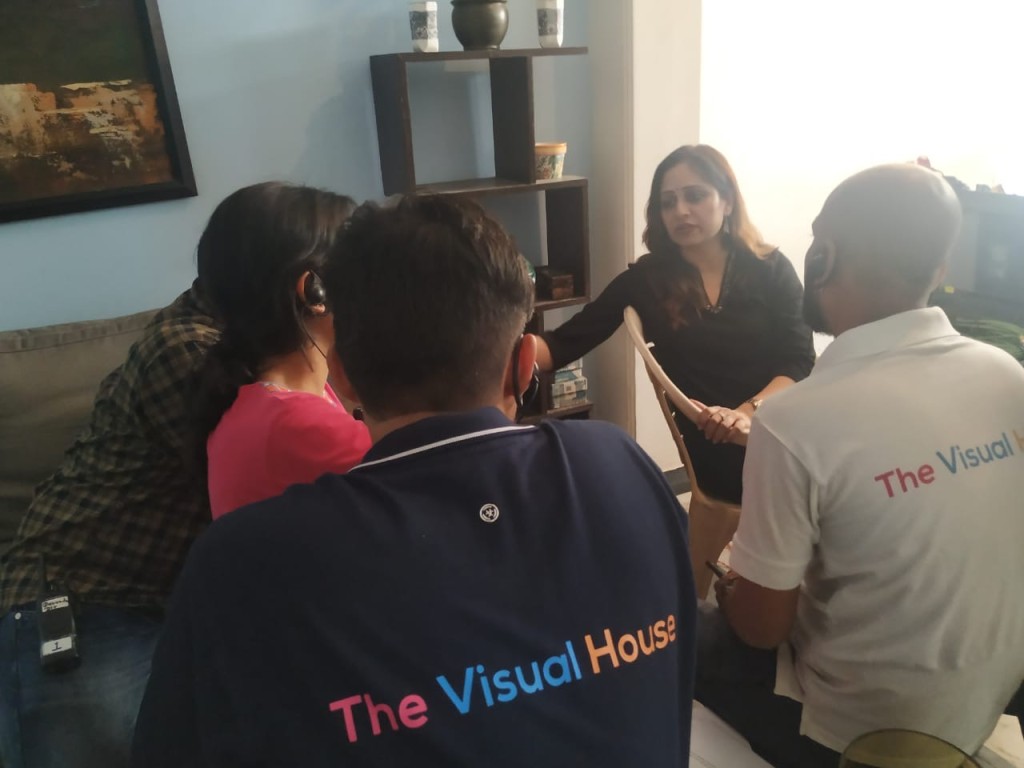 She borrowed a laptop from her cousin, made a contact list of potential clients, and started her venture.

After 25 days of making calls, Deepmala bagged her first client, Action for Autism, an NGO in Delhi. She delivered an informative video within a budget of Rs 1.20 lakh.

“Deepmala is concerned, patient and showed a tremendous amount of understanding while working with autistic children,” says Reeta Sabharwal, Director (Finance and Administration), Action for Autism.

“When no one else was ready to experiment with a new agency, they believed in my work because of my honesty and past experience. It was a huge boost to my morale that was very low after many rejections. There has been no looking back since,” adds Deepmala, who had hired freelancers for the project. 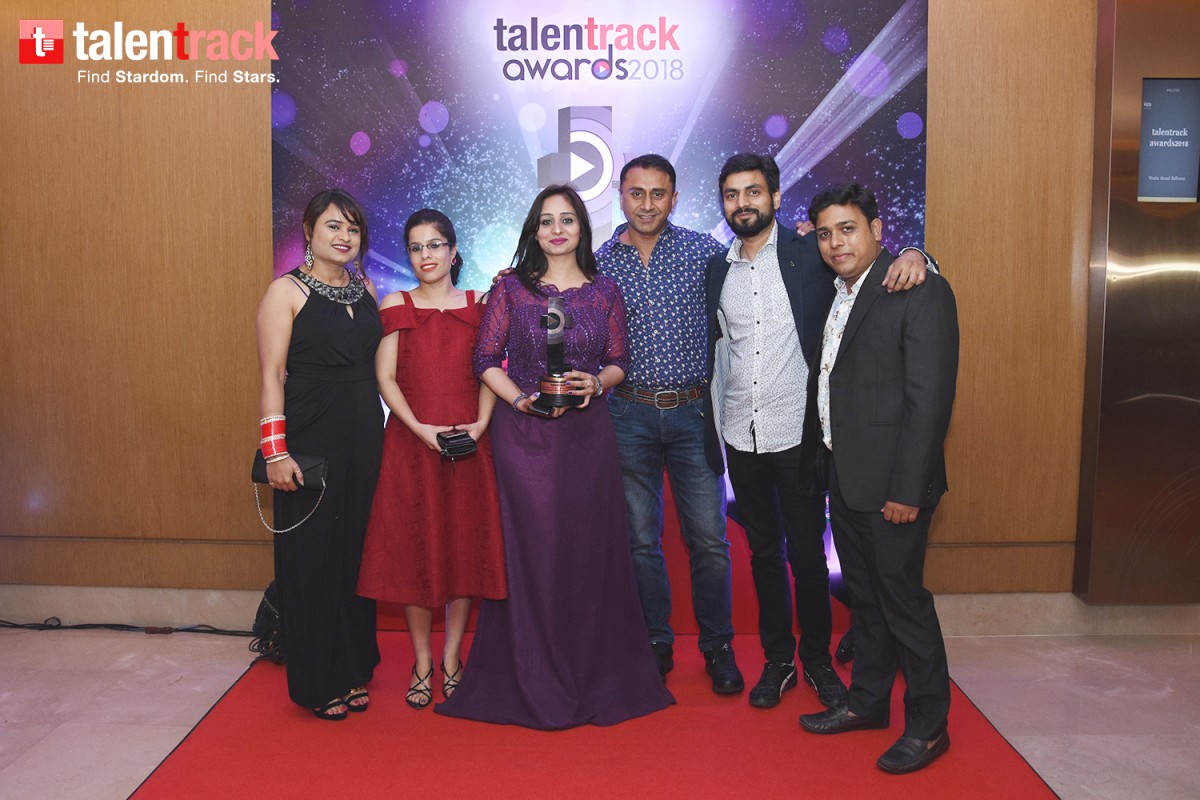 From using her contacts she built while working with companies, using social media to word of mouth, Deepmala formed a roster of clients.

Once she created a bank of projects and got enough credibility, Deepmala started hiring people. Today, her team comprises 22 people who have been given enough freedom to explore more than their designated tasks.

Building the client base was not easy. They were turned down by many big agencies, including the United Nations. But Deepmala refused to lower her ambitions.

“The UN wanted someone with a strong experience, so I worked hard for nearly three years and applied again. This time, we got selected, and it was the turning point for our company.”

The company made various videos for the UN agencies on topics like protection of sanitation workers from COVID-19, capturing the exemplary work of female masons in Jharkhand and awareness on National Nutrition Mission. 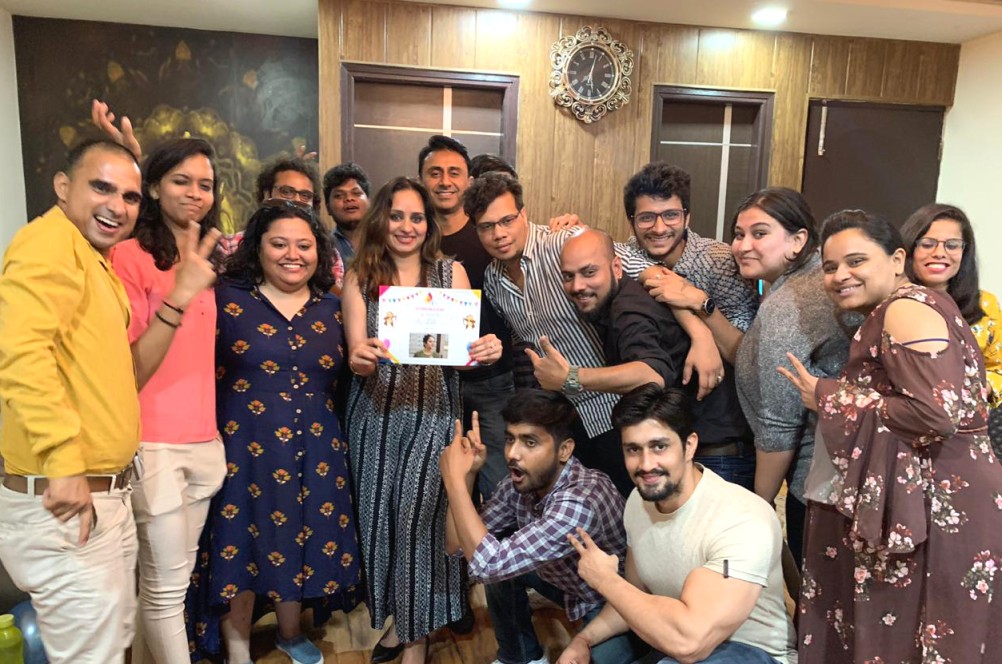 Deepmala with her team

“Deepmala’s passion and devotion towards the work is what impressed me the most when I joined the company. Though I am a script writer, I get to explore other sections as well, like going on the field. This will propel my dream of becoming a filmmaker,” Shruti Bhatt, a scriptwriter with TVH, tells The Better India.

Deepmala now has a diversified client portfolio, which includes the UN, the Ministry of External Affairs, the Defence Research and Development Organisation (DRDO), the NASSCOM Foundation, Tata Sky, and Asian Paints.

The quality of her work is reflected in the accolades and awards the company received, including India’s highest and most prestigious award in cinema, the Dada Saheb Phalke Award in 2018, for Best Emerging Ads, Documentary and Short Films Production House.

A Breeding Ground For Creativity

Whether it is eye-catching TV commercials, hard-hitting documentaries, short films or corporate videos, TVH can create content on any topic in any format. “We made a video magazine for DRDO, something they had never fathomed. That’s how we bagged them as a client. Making a non-fiction video is challenging and fascinating at the same time,” shares Deepmala.

‘I Create My Own Opportunities’ 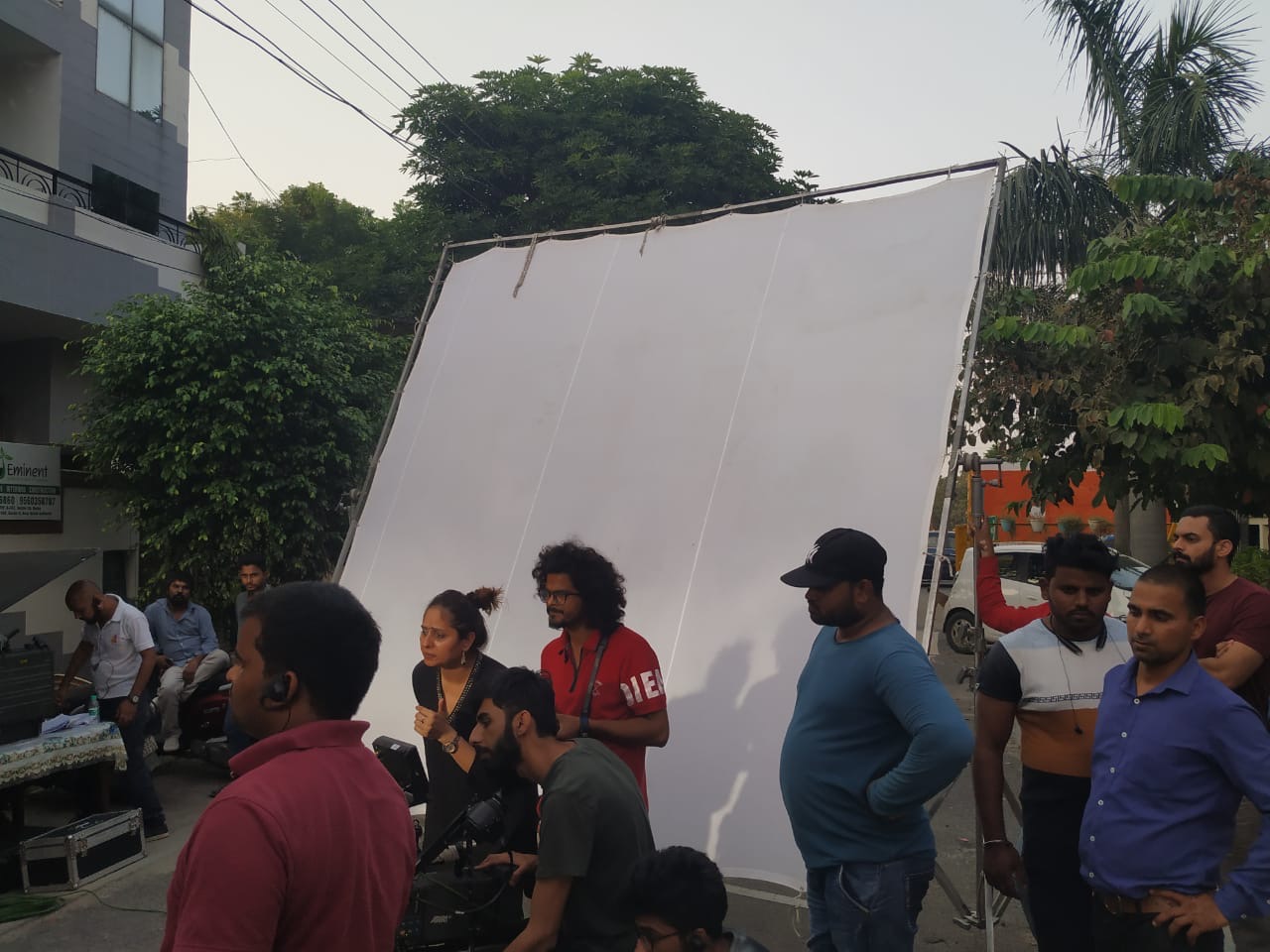 The nationwide lockdown has disrupted everyone’s lives and affected India’s economy as well. However, TVH has kept itself afloat. It has dived into making animation videos, something that does not require going outdoors for shoots.

“We are making animated videos for the central government and UN Organisations to spread awareness on COVID-19,” says Deepmala, who believes in creating her own opportunities.

This is probably the reason behind Deepmala’s upward journey. In the first year, their turnover was close to Rs 5 lakh, but last year, they almost touched Rs 5 crore.

The last few years have been nothing less than a roller-coaster ride for Deepmala with many hits and some misses. But throughout the journey, her learning curve has been steady. 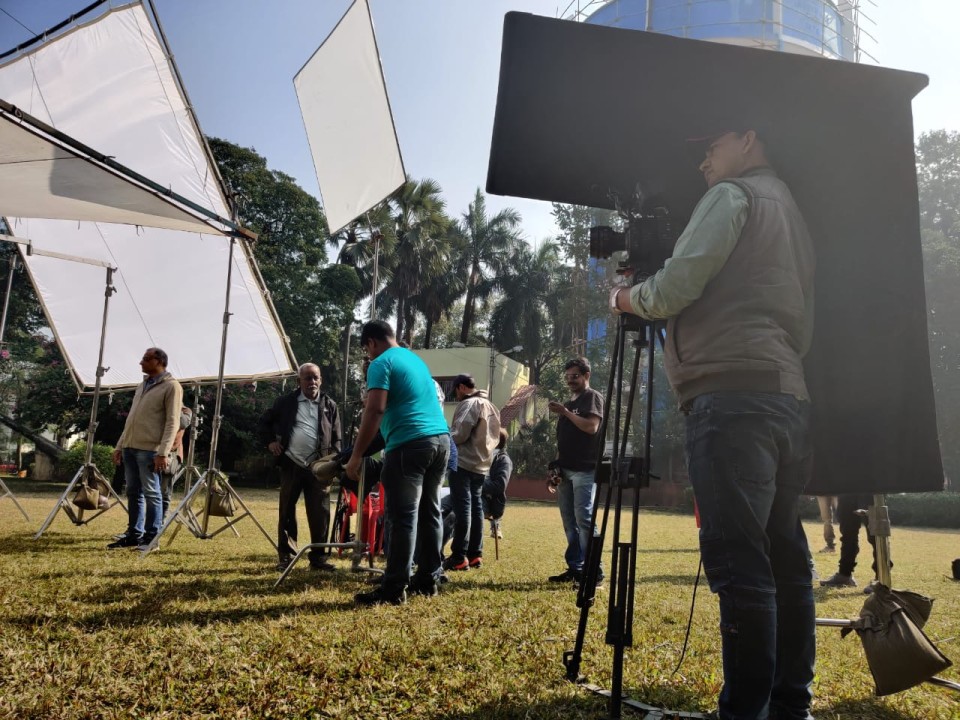 She is grateful for all the challenges that came her way, for she stepped on them and headed towards success in a dignified manner.

“The biggest challenge was to make my work stand out in a field where men assume it is easy for women to get clients, irrespective of their talent. Soon, I also realised that most technicians are men. I knew I had to be strong and let my work speak for itself,” says Deepmala.

TVH has several projects in the pipeline that includes short films, documentaries and animated videos. The company is also expanding its vertical by exploring other forms of communication management where companies can boost their marketing and communication programmes across mass, direct and digital media.

Get in touch with The Visual House here.