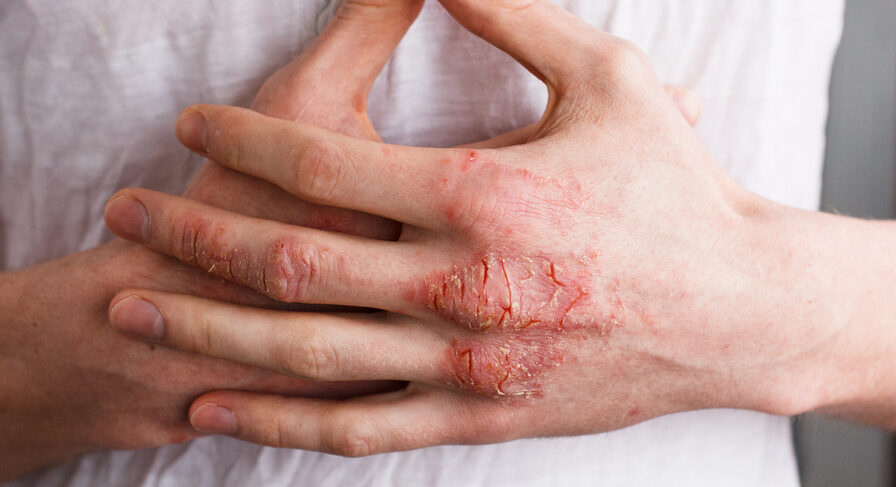 Eczema is a common Skin condition that affects almost one in nine people at some point in their lifetime. People with this skin condition usually have characteristic skin changes consisting of scaling, thickened areas of skin that ooze and sometimes bleed; but the most annoying symptom of all is the itching. There are a variety of types of eczema, but they all are characterized by inflammation where the immune system overreacts to some outside stimuli.

Attracting Healthcare Talent in the P…
Awakening DIY Citrus Shower Bombs
A Balanced Response to Allen Gwinn
Why Are CBD Capsules Trending in the …
How to Tell if You Have Bed Bugs?

In some cases, eczema can be brought on by allergic reactions to substances such as chemicals or even foods. Treatment for skin eczema traditionally consists of topical steroid creams, but when used over time, these creams cause thinning of the skin and other undesirable side effects. In more severe cases, doctors sometimes prescribe medications that decrease the immune system response in an attempt to reduce the inflammation. Of course, these medications have side effects.

Are there natural treatments for skin eczema?

Some herbs and natural treatments have shown promise as skin treatments for eczema. One herb with anti-inflammatory properties is chamomile. Chamomile contains an anti-inflammatory compound called alpha bisabolol which helps to soothe itchy, red skin. Chamomile has been used throughout history to treat various skin conditions and some studies have shown it works as effectively as low dose steroid creams without the side effects. Chamomile oil can be purchased at some health food stores. It needs to be diluted with a carrier oil such as almond oil and can then be applied as a skin treatment for eczema. Bathing in warm water containing chamomile flowers may also help to soothe inflammation and itching. Simply make a bath bag using chamomile flowers and float it in a tub of warm bath water.

Another natural skin treatment for eczema are fish oil supplements. The omega-3’s found in fish oils have anti-inflammatory properties that can reduce some of the inflammatory changes seen with eczema. Not only can it reduce the inflammation of already established eczema, but a study showed that giving infants fish oil before the age of nine months, reduced their risk of getting eczema in the first place. Unfortunately, it’s not clear what the best dose of fish oil is for eczema. In one study, participants were given ten grams. Although they experienced significant improvement in their symptoms, this is a hefty dose which isn’t suitable for most people. The best way to use fish oils as a skin treatment for eczema may be to eat wild Alaskan salmon several times per week. Wild Alaskan salmon is known to be low in mercury and PCB’s and rich in omega-3’s.

Along the same line as omega-3’s, the essential fatty acid GLA found in evening primrose oil and borage oil has been studied as a skin treatment for eczema. While initial results were encouraging, more recent studies have failed to show strong benefits for skin eczema, although supplementing with GLA may help to relieve itching.

Chamomile oil applied to the skin may be effective at reducing some of the inflammation and itching associated with eczema; and increasing fish oils in the diet may also hold some promise as a skin treatment for eczema. For severe cases, steroid creams may still be needed, but combining steroid creams with these natural approaches may reduce the amount that’s needed – and for mild cases they could offer significant benefits.

This post first appeared on Acne Concern, please read the originial post: here
People also like
Attracting Healthcare Talent in the Post COVID Market
Awakening DIY Citrus Shower Bombs
A Balanced Response to Allen Gwinn
Why Are CBD Capsules Trending in the USA?
How to Tell if You Have Bed Bugs?
Artificial Embryo Created from Human Skin Cells
Draped in Linen
How To Run a Beauty Salon And Not Lose Your Own Beauty