Severe Acute Respiratory Syndrome Coronavirus 2 (SARS-CoV-2) appeared at the end of 2019, and the sequencing was completed in January 2020. Although the source of transmission is still uncertain, it is scientifically speculated that SARS-CoV-2 appeared to originate from bats. Moreover, viruses and viral sequences closely related to SARS-CoV-2 were found in bats. After studying SARS-CoV-2, it is found that SARS-CoV-2 belongs to the subgenus sarbecovirus and is closely related to SARS-CoV. Among them, SARS-CoV caused a disease epidemic in 2002-2003, resulting in 8,098 cases and 774 deaths worldwide. However, the difference between SARS-CoV-2 and the four previous epidemics of coronaviruses, as well as its high human-to-human transmission ability, has led to the ongoing COVID-19 pandemic.

Holiday Cards – A Brief History
Email Marketing Automation Strategy f…
I’m Glad I Did Not Know How Bad I Was
How to Setup & Install the Hp Laserje…
Realty Income: The Top Monthly Divide…

Existing studies have shown that SARS-CoV-2 infection is triggered by the combination of viral transmembrane spike (S) glycoprotein through receptor binding motif (RBM) and angiotensin converting enzyme 2 (ACE2), resulting in membrane Fusion and enter the host cell. For all coronaviruses, SARS-CoV-2 S is the main target of neutralizing antibodies (Abs) and the focus of vaccine design and therapeutic targeting efforts. Although the vaccine development plan is very rapid, it may take several months to achieve community protection due to limitations in large-scale production and administrative management. However, preventive and/or therapeutic antiviral drugs can address this gap before safe and effective vaccines are widely available, and will continue to play a role in individuals who have not been vaccinated or who have responded poorly to vaccines. 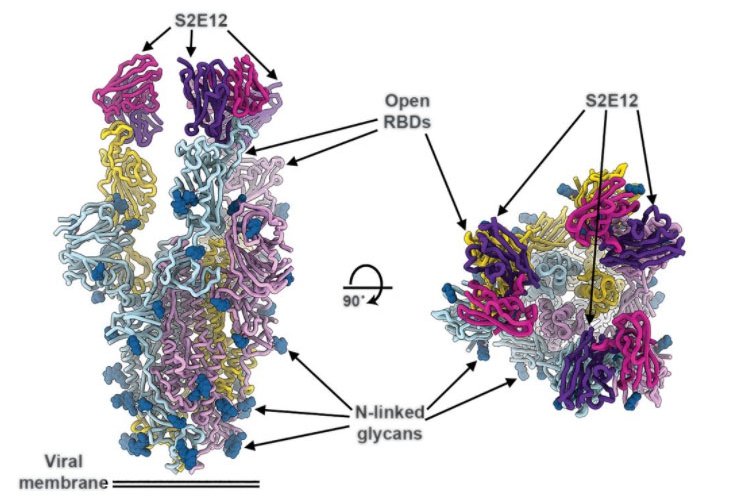 Recently, researchers described a monoclonal antibody (mAb), which was isolated from the memory B cells of SARS survivors 10 years later, and the study found that this antibody can recognize the S receptor binding domain (RBD) to Neutralizes SARS-CoV-2 and SARS-CoV, but does not prevent ACE2 from binding. The optimized version of this mAb (named S309) is currently being evaluated in Phase 2/3 clinical trials. Many other targeting RBD neutralizing antibodies were isolated from COVID-19 recovery patients and proved that they provide in vivo protection against SARS-CoV-2 challenges in small animals and non-human primates, indicating that RBD is neutralizing natural The main target of CoV-infected Abs. The clinical evaluation of therapeutic Abs that directly interfere with ACE2 binding is ongoing. Compared with the existing mAb, its mAb with abnormally high neutralizing power and a unique and complementary mechanism of action can enable the formulation of mAb mixtures with enhanced efficacy to control the spread of viruses and prevent drug resistance. 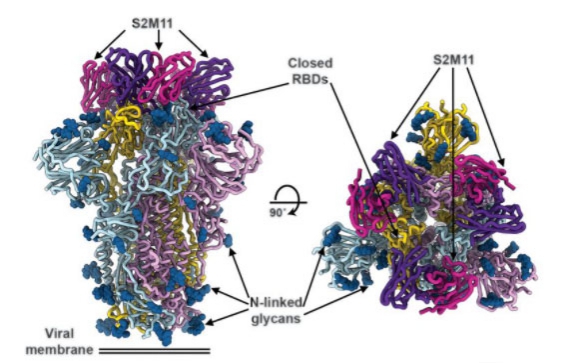 The researchers used ultrafiltration membranes to isolate and analyze human neutralizing antibodies against SARS-CoV-2 and found that antibodies such as S2E12 and S2M11 can help hamsters resist the challenge of SARS-CoV-2. The structure of cryo-electron microscopy shows that S2E12 and S2M11 can competitively block the connection of angiotensin-converting enzyme 2 (ACE2). S2M11 also locks one closed conformation spikes by recognizing a Quaternary Epitope Spanning two adjacent receptor binding regions. The final result found that the antibody cocktail consisting of S2M11, S2E12 or previously identified S309 antibodies can broadly neutralize a group of circulating SARS-CoV-2 isolates and activate effector functions. The results of this study paved the way for the use of antibody cocktails to prevent or treat, circumvent or limit the emergence of virus escape mutations.

How to Setup & Install the Hp Laserjet p1102w Wireless Printer

A review of Justice League: The Tornado's Path by Kevin Tanza