Today (June 13th) is my Birthday. I was lucky enough to be able to enjoy it with my lovely family, especially my pregnant wife and two boys. It was my oldest son's last Baseball game, which unfortunately for him it got rained out halfway through and they lost. We didn't let that deter us from having a great weekend. We also went exploring for "Wildlife" and used our imaginations to create a Battle Card Game. I will bring you through the ups and downs of being a Dad of two boys.

You Say Covid-19, I Say Hangar 18!
Can CBD Be Used to Fight Coronavirus …
Not all advice is good advice
Exhibit D: Lipstick and rifles--Ukra…
فوائد زبدة الشيا للبشرة والوجه

Baseball - Getting Struck Out

My oldest son, Anthony, loves to Play Baseball. In my opinion he is very good, not the best but very good. He knows how to play all the positions, from pitcher to outfield. One thing that I have noticed is that he is incredibly hard on himself when he makes an error in the game. This could be missing a catch, getting struck out, walking a player from one to many balls thrown as a pitcher, to whatever else happens in baseball. I was given the job of trying to motivate him these last couple of weeks to try and perk him up after such errors were made. 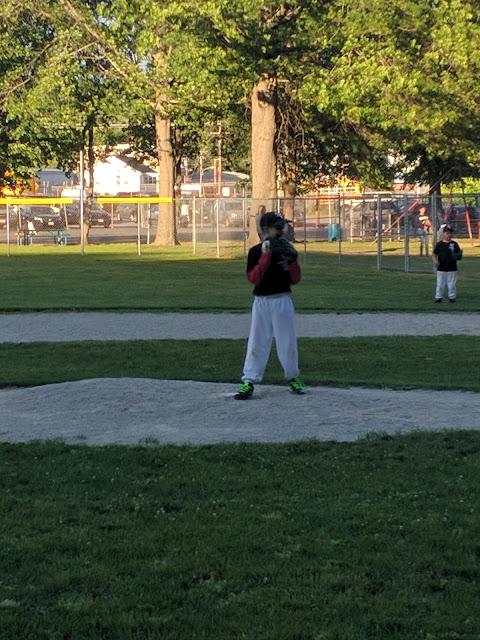 One of his games he got struck out incredibly quickly and he was visibly upset about it. I talked to him through the fence at his game and told him that it was OK that even I struck out sometimes. He looks right back at me and says "You don't play baseball, so you don't know what it's like." I had to take a second to think about my answer but I finally managed to tell him this "You are right, I do not play baseball but I do many other things that I fail at all the time. Whenever I call or visit a customer and they tell me no to buying something, that is me striking out. I don't get said about it though and I certainly don't give up. I don't stop asking people to buy something from me." I was able to get him to think in my shoes. I might not play baseball but I do fail and I fail a lot. I saw a smile back on his face and he went back out into the field and had a fun rest of the game.
Isn't it funny how so many of life's problems can be compared to sports?
Here is a long clip of him playing baseball.

Hunting for Crawfish and Square Rocks

We have a creek down the street from where we live and the boys love going down there to hunt for crawfish and throw rocks. It's mostly a fun time except for the swarm of bloodthirsty mosquitoes and the general wetness of the area combined with my general lack of waterproof boots for myself. One thing that we did discover and find where these cool looking Square Rocks. The rocks turned out to be horribly miss colored bricks, with years of being in the water and a layer of slime on them we were all sure we stumbled upon rare square rocks. I have told the kids that I have been making YouTube videos to help small business owners become more savoy in their marketing plans... they quickly lost interest and demanded that they have a YouTube channel as well. Here is their first video of them exploring the creek looking at all the different things in the water.
The kids had a lot of fun digging around in the mud and rocks trying to find leeches (which there are none, I think) and crawfish. I told them I wanted to find square rocks, which like I mentioned above we did find, in a way.

The kids and I got a book from our local library on the recommendation of my darling wife. "The Geek Dad's Guide to Weekend Fun by Ken Denmead" The book is full of fun ideas to do with your kids that all have a varying degree of difficulty and expense. My sons and I decided to create a battle card game, which my oldest son decided to call "Monsters' Rage". It's fairly easy to make your own game if you have never created a battle card game before.
You can now make the game as hard as you want if you have the know-how to do so. If you would like to see an example this is the one that Anthony and myself came up with.
BEWARE SUPER NERDINESS AHEAD
Monsters’ Rage
Players: 2-4
Needs to play:
Deck of Cards
Monsters (We created our own monster with various HP from Index cards)
Rules:
Monster Types:

Over Heal cards can only be used once (x1) to heal the monster above Stated HP per Monster.
Face Cards: Buffs
That's how we decided to do it and it's really fun. It can get complicated after a little bit. It makes for a great math exercise because the child has to figure out how much damage has been done or been dealt by them. It sparks creativity by them drawing their own Monsters and by creating fun rules. When the child creates his own rules he is more likely to follow the rules rather than complain about them.

That's All For Now

That's all I have for right now. I have a new video posted for my series "Last Week Today" which you can watch below. Please comment and share away and don't forget to subscribe to my YouTube Channel "Greg Guertin Jr" for all things related to my Adventures as a Dad and learning about marketing.