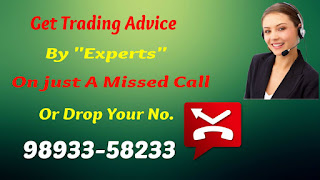 9.20 am: Idea Cellular shares were down 3.17 per cent at Rs 97.60. Shares of the Company jumped over 7 per cent on Tuesday after media reports that Idea Cellular is exploring options for strategic deal with Vodafone and the telecom major is talks with Vodafone for potential merger. However, Idea Cellular in a reply to BSE said, “We would like to inform that, the news item is absolutely untrue and preposterous.”

The BSE Sensex and NSE Nifty are likely to open lower on Wednesday tracking Nifty futures on the Singapore Stock Exchange (SGX Nifty) and mixed global cues. At 8 am (IST), SGX Nifty was trading 26.50 points down at 8,627.50. Asian peers were trading mixed in the morning trade. Hang Seng was down by 0.52 per cent at 22878, Shanghai and Nikkei were trading higher by 0.49 per cent and 0.01 per cent, respectively.

Castrol Ltd, a unit of oil major BP Plc, is selling an up to $261 million stake in Castrol India Ltd in a block trade on Wednesday, according to a termsheet seen by Reuters. The BP unit is selling shares at between Rs 385 to Rs 415.5 apiece, the termsheet showed. Castrol India shares on Tuesday closed 0.14 per cent down at Rs 417.10.

Aurobindo Pharma on Tuesday registered a 23.81 per cent increase in consolidated net profit at Rs 584.96 crore for the first quarter ended June 30, 2016 against net profit of Rs 472.45 crore in the corresponding quarter a year ago.