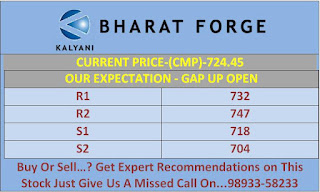 Market benchmark sensex rallied over 231 points to 27,945.40 and its counterpart NSE Nifty regained the 8,600-mark in early session today on a fresh spell of buying in select blue-chips by investors amid sustained foreign fund inflows. Besides, a firming trend in rest of Asia after the Bank of England announced a interest rate cut and fresh stimulus package to counter the fallout from Britain's vote to quit the European Union also lifted sentiment here, brokers said.
For details visit us @
www.capitalheight.com/freetrial.php
Give a Missed Call at "989-33-582-33" 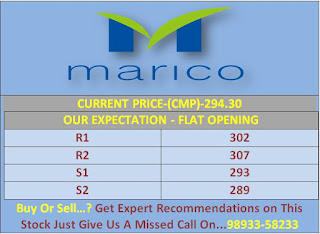 The 30-share index was trading up 231.03 points, or 0.83%, at 27,945.40, with all sectoral indices led by metal, banking, auto, PSU and power staying in the green, rising by up to 1.25%. The gauge had gained 16.86 points in the previous volatile session. The NSE Nifty-50 index was trading higher by 78.15 points, or 0.91%, at 8,629.25. Investors sentiment also got a boost after the long-pending indirect tax reform Goods and Services Tax (GST) Constitutional Amendment bill was passed by Rajya Sabha on Wednesday.

Meanwhile, Moody's investors Service yesterday said the GST implementation will be positive for the country's economic growth without any significant impact on inflation.Hong Kong's Hang Seng climbed 1.31 per Cent while Japan's Nikkei was up 0.28 per cent in early trade today. China's main Shanghai Composite, however, shed 0.20 per cent. The US Dow Jones Industrial Average ended 0.02 per cent lower in yesterday's trade.