CGTN: People’s trust, the basis for rule of law in China 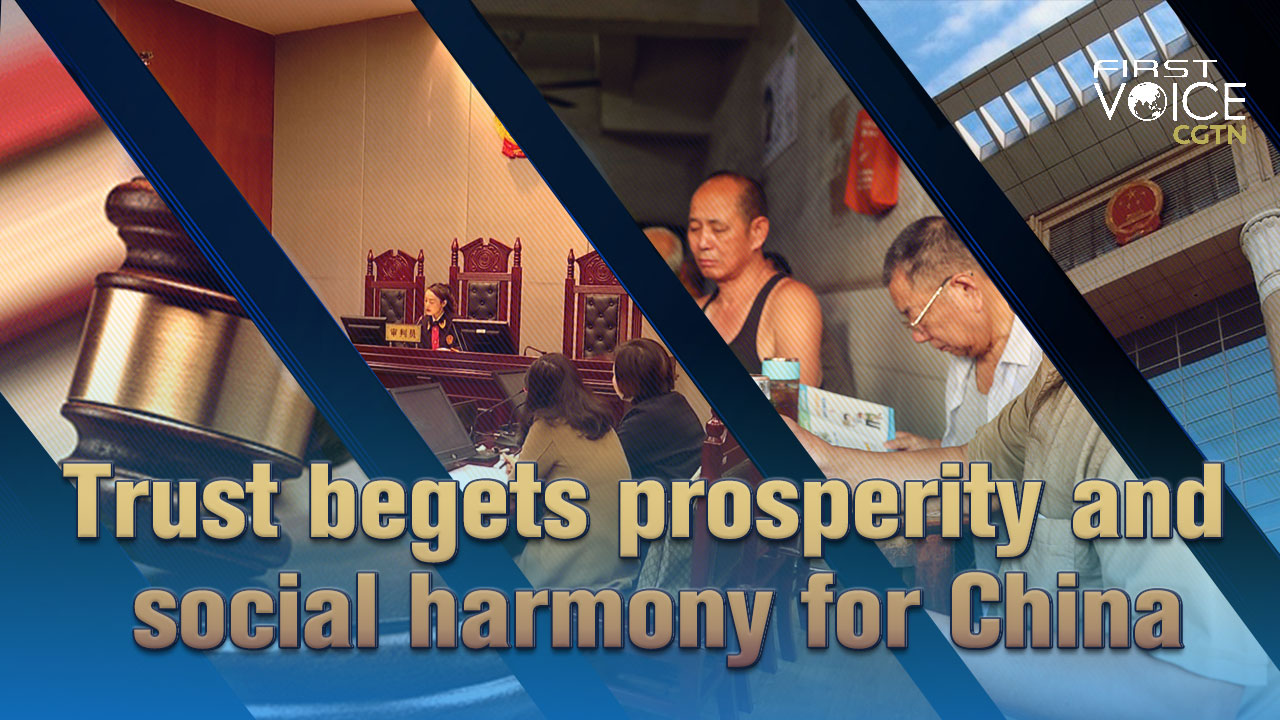 According to the 2022 Trust Barometer released by Edelman, China topped the list of trust among citizens in their government with an astonishing 91 percent of respondents saying they trusted the government, registering a year-on-year increase of nine percent and hitting a ten-year high. China also came first with an overall trust index of 83, up by 11 points as compared to 2021.

Sunday transfer talk: Manchester Unit…
Have you ever made love in front of o…
Deck Out Your Backyard: Landscape Des…
The Queens of Pop: In The Mix
Common Problems with Slit Lamp and Re…

People’s trust is what underpins the development of the Rule of law in China. It is also the key to the country’s rapid rise within the past few decades.

In November 2012, Chinese President Xi Jinping said that national rejuvenation has been the greatest dream of the Chinese people since modern times began. The Chinese dream cannot be realized without institution building and rule of law. When the rule of law prevails, China will prosper; when it weakens, the country will be jeopardized.

China’s rule of law differs from the one based on the “separation of powers” in the West. At the heart of the path of socialist rule of law with Chinese characteristics is the leadership of the CPC, serving as the anchor. In China, national power is the prerequisite for the rule of law and a powerful law-based government can be trusted by the people. Although in some other developing countries, inadequacies in national power have led to disastrous consequences for their respective citizens. China’s experience has demonstrated that without the CPC’s firm leadership, steady development of the rule of law would be impossible.

For leaders and cadres at different levels in the Party and political organs, however, “Which has more power, the Party or the Law?” is not a pseudo proposition. Power is a double-edged sword that if wielded within the framework of the rule of law, could serve the interests of the people. China’s law-based governance is integrated with rule-based governance of the Party to ensure that the Party governs the country in accordance with the constitutional law and that it governs itself in accordance with internal regulations.

As the Party has consolidated its leadership over the country, it has maintained the people’s support. From Mao Zedong’s “serve the people” to Xi Jinping’s “put people first,” these are the main principles guiding the development of rule of law in China and standing at the root of China’s success.

This post first appeared on Timesnewswire, please read the originial post: here
People also like
Sunday transfer talk: Manchester United star says his name has been wrongly spelt for his entire soccer career whereas Conte says his gall bladder operation was successful .
Have you ever made love in front of other people?
Deck Out Your Backyard: Landscape Design Ideas
The Queens of Pop: In The Mix
Common Problems with Slit Lamp and Repair Needs
Telegram Marketing solutions
Private And Luxury Chauffeur Melbourne Service For Your Convenience.
How To Invest in Real Estate With no Money in 2023
The Function of Protein in a Fitness Diet
From Broke To Financial Freedom
نامور لوگوں کی پہچان کیا ہے ؟
How to Build an EV Charging Station Finder App?
MRS THATCHER’S DREAM
Robotime LC701 Time Art Romantic Notes Wall Clock EU Style Mechanical Design Building Model Set 3D Wooden Puzzle For Kids Adults

CGTN: People’s trust, the basis for rule of law in China