Fix These Issues in Your Data-Driven Marketing Strategy 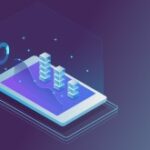 In September 2014, Pinterest, an online photo-blogging site, sent wedding congratulations to several of its customers, perhaps thinking that it would be winning a place in its users’ hearts. The opposite happened, however, since the users who received the emails were single. This resulted in an outpouring of anger on Twitter and a tarnished brand […]

Joseph Lang Makes Taxes Less Taxing W…
How to Set a Deadline and Achieve You…
Tips For Decorating With Large Rugs
Who is running this show?
What is Conversion Tracking? How to S…

The post Fix These Issues in Your Data-Driven Marketing Strategy appeared first on Blog.

Fix These Issues in Your Data-Driven Marketing Strategy

Subscribe to Expert Speak: How Does Email Appending Exactly Work