The much-awaited Pune Metro is a mass rapid transit system that will serve the growing city of Pune and its industrial twin, Pimpri-Chinchwad. The system comprises of three lines covering a distance of 55 km. The rapid urbanization of Pune since 2000, has put heavy stress on the infrastructure of the city’s existing resources. The first line will extend from Pimpri-Chinchwad – Swargate, the second line will run from Vanaz – Ramwadi and the final one will run from Hinjawadi – Civil Court. The metro runs above ground and underground in sections. The project is expected to be completed by 2021. The MRTS is a high-capacity, environment friendly and energy efficient system that doesn’t disrupt the road transport system, leaving enough room for cars and buses to ply either way.

The Metro Rail System has proven to be most efficient in terms of energy consumption, space occupancy and numbers transported. The essential advantages of implementing a mass rapid transport system are

The demand for the Pune Metro project is almost guaranteed as an overwhelming majority of commuters in the city use public transport systems. The project will provide an affordable and faster urban transportation option. It is universally agreed that a robust public transportation system will play a major role in decongestion of roads, minimizing pollution, and making mobility cheaper and faster across various sectors in society. The Metro is aimed to increase the mobility of the people of Pune. Pune has a growing population of urban workers and students. They are all looking for a solution.

The first step for increasing mobility is underway but it success depends on a lot of other developments happening simultaneously such as last mile connectivity, feeder lines and amenities at stations. 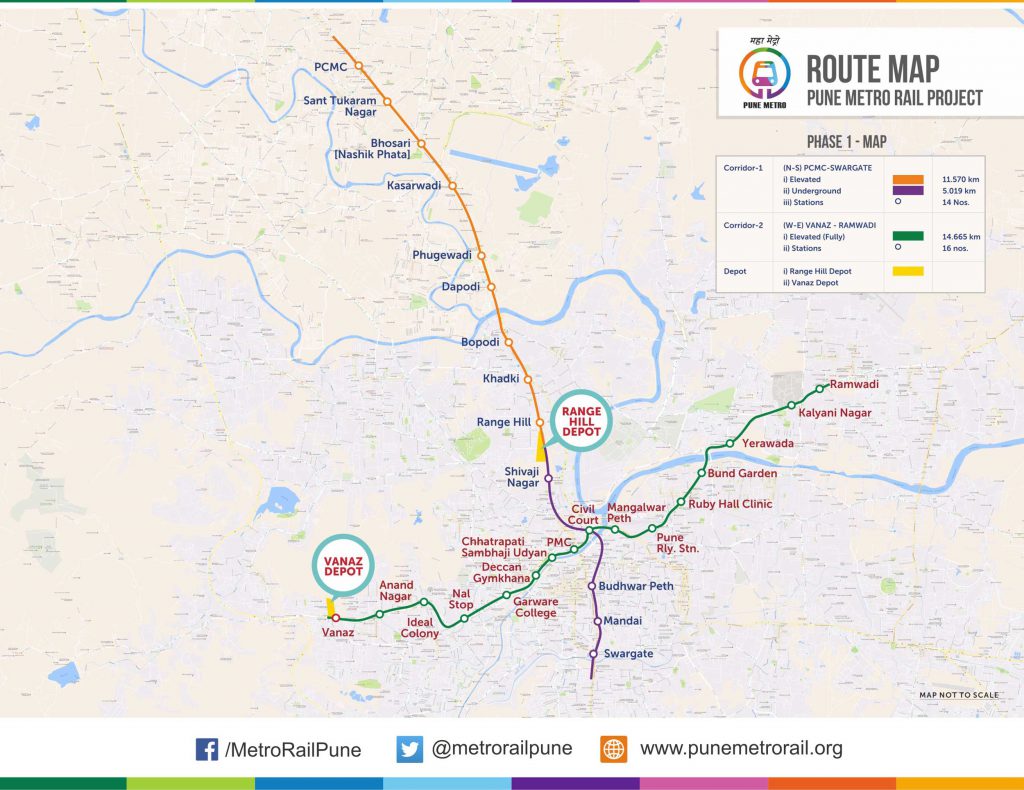 Month wise Metro construction status is updated on Pune Metro Official Website and can be checked at http://www.punemetrorail.org/projectupdate.aspx