These John Paul Jones Quotes are timeless and still relevant up to this day.

John Paul Jones was an American naval commander who was a prominent figure in the American Revolution. He won a good number of victories against his opponent, the British Navy, and was revered for his great contribution to the country. 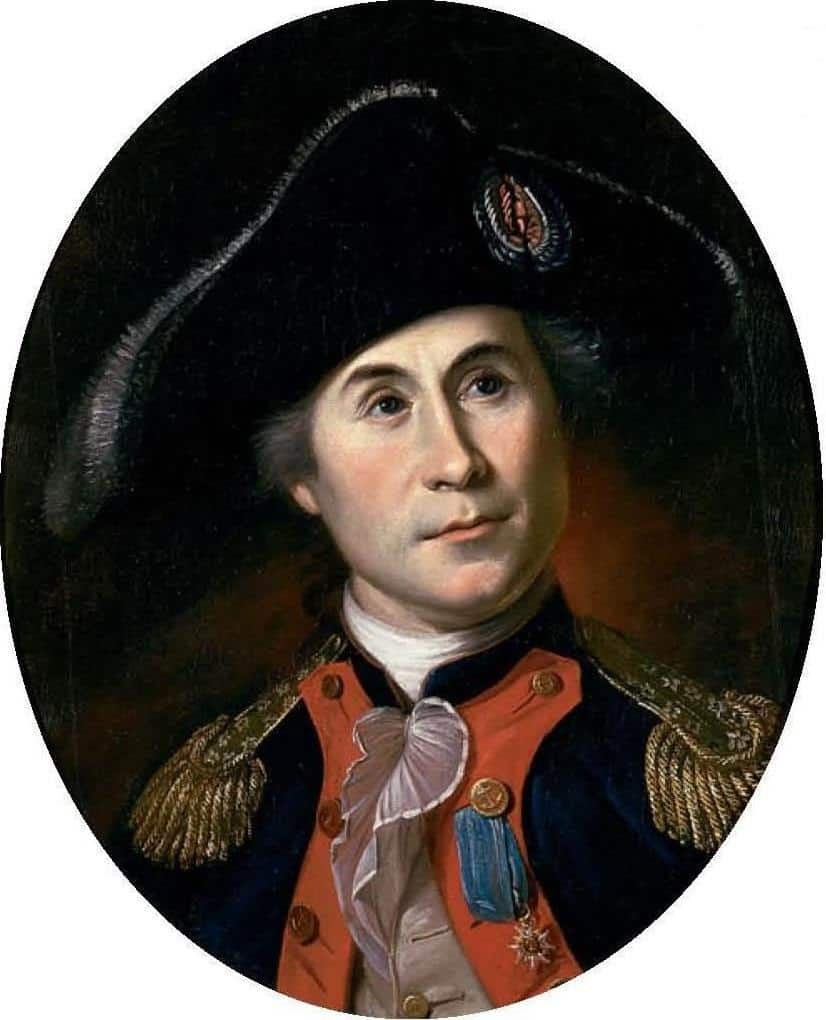 One of his most outstanding contributions was when he defeated the British naval ships right into the middle of the British waters. John Paul Jones was considered an American hero for his great contribution to the success of the American Navy. His courage in the war, discipline, and love for country are things many navy officers and naval commanders of today look up to.

Don’t forget to also check out these Stonewall Jackson quotes from the battle-tested confederate general.

1. “Since human wisdom cannot secure us from accidents, it is the greatest effort of reason to bear them well.” – John Paul Jones

2. “Whoever can surprise well must conquer.” – John Paul Jones

3. “It is true that I must run a great risk; no gallant action was ever accomplished without danger.” – John Paul Jones

6. “I wish to have no connection with any ship that does not sail fast; for I intend to go in harm’s way.” – John Paul Jones

8. “It seems to be a law of nature, inflexible and inexorable, that those who will not risk cannot win.” – John Paul Jones

John Paul Jones quotes and sayings about the navy

9. “A navy is essentially and necessarily aristocratic.” – John Paul Jones

10. “And without a respectable navy – alas, America!” – John Paul Jones

11. “My plan for forming a proper corps of sea officers is by teaching them the naval tactics in a fleet of evolution.” – John Paul Jones

12. “A captain of the line must at this day be a tactician.” – John Paul Jones

13. “But I need use no arguments to convince you of the necessity of making the emoluments of our navy equal, if not superior, to theirs.” – John Paul Jones

14. “Much wisdom, and more knowledge than we possess, is in my humble opinion necessary to the formation of such a naval constitution as is absolutely wanting.” – John Paul Jones

15. “I propose not our enemies as an example for our general imitation, yet, as their navy is the best regulated of any in the world, we must, in some degree, imitate them and aim at such farther improvement as may one day make ours vie with – and exceed – theirs.” – John Paul Jones

17. “I would lay down my life for America but I cannot trifle with my honor.” – John Paul Jones

18. “The situation of America is new in the annals of mankind; her affairs cry haste, and speed must answer them.” – John Paul Jones

19. “For you must know, Yankees do not haul down their colors till they are fairly beaten.” – John Paul Jones

20. “Heaven can never countenance the barbarous and unmanly practice of the Britons in America, which savages would blush at, and which, if not discontinued, will soon be retaliated on Britain by a justly enraged people.” – John Paul Jones

21. “An honorable Peace is and always was my first wish! I can take no delight in the effusion of human Blood; but, if this War should continue, I wish to have the most active part in it.” – John Paul Jones

22. “Though I have drawn my sword in the present generous struggle for the rights of men, yet I am not in arms as an American, nor am I in pursuit of riches. My fortune is liberal enough, having no wife nor family, and having lived long enough to know that riches cannot ensure happiness.” – John Paul Jones

23. “It is with great pleasure that I see the political system of almost every power in Europe changing in our favor since the news of our late successes.” – John Paul Jones

24. “For me, if I have done my duty, the continued approbation of Congress and the Marine Committee will make me rich indeed, and far more than reward me for a life of service devoted from principles of philanthropy, to support the dignity of human nature.” – John Paul Jones

25. “I have sacrificed not only my favorite scheme of life, but the softer affections of the heart, and my prospects of domestic happiness, and I am ready to sacrifice my life also, with cheerfulness, if that forfeiture could restore peace and goodwill among mankind.” – John Paul Jones

26. “America has been the country of my fond election from the age of thirteen when I first saw it. I had the honor to hoist with my own hands the flag of freedom, the first time it was displayed, on the Delaware; and I have attended it with veneration ever since on the ocean.” – John Paul Jones

27. “When the enemies’ land force is once conquered and expelled from the continent, our Marine will rise as if by enchantment and become, within the memory of persons now living, the wonder and envy of the world.” – John Paul Jones

28. “The common class of mankind are actuated by no nobler principle than that of self-interest; this, and this only, determines all adventurers in privateers, the owners as well as those they employ.” – John Paul Jones

29. “Nothing exciting ever happens to me.” – John Paul Jones

30. “It was my intention to lay the Bon Homme Richard athwart the enemy’s bow but as that operation requires great dexterity in the management of both sails and helm and some of our braces being shot away it did not exactly succeed to my wish.” – John Paul Jones

31. “Where men of fine feeling are concerned there is seldom misunderstanding.” – John Paul Jones

32. “I have not as yet thought of it, but am determined to make you strike.” – John Paul Jones

33. “It is by no means enough that an officer should be capable.” – John Paul Jones

34. “He should be as well a gentleman of liberal education, refined manners, punctilious courtesy, and the nicest sense of personal honor.” – John Paul Jones

35. “No meritorious act of a subordinate should escape his attention, even if the reward be only one word of approval. Conversely, he should not be blind to a single fault in any subordinate.” – John Paul Jones

What did you learn from these John Paul Jones quotes?

These John Paul Jones quotes serve as a reminder of how the American hero put his life on the frontline and spent his days on the battlefield for the protection of the country.

He was committed to be of service to the country, save his people, and serve as someone who would lead his nation to victory. All his contributions are regarded and recognized up to this day.

As the father of the American Navy, John Paul Jones saved and touched many lives. He not only made a difference in the lives of his peers in the navy but also to other people who are dreaming of protecting their countries.

If you are someone who has a deep love for country, you can look back at these John Paul Jones quotes and sayings to get inspiration.