Jenni Rivera Quotes and Lyrics from the Singer-Songwriter

Jenni Rivera was told she would never make it in music. So she became one of the greatest artists in the regional Mexican music genre in modern times. We hope you enjoy these Jenni Rivera quotes.

Born in Long Beach, California in 1969, Jenni was the daughter of Mexican immigrants. She was a straight-A student until her sophomore year when she became a teenage mother at 15. 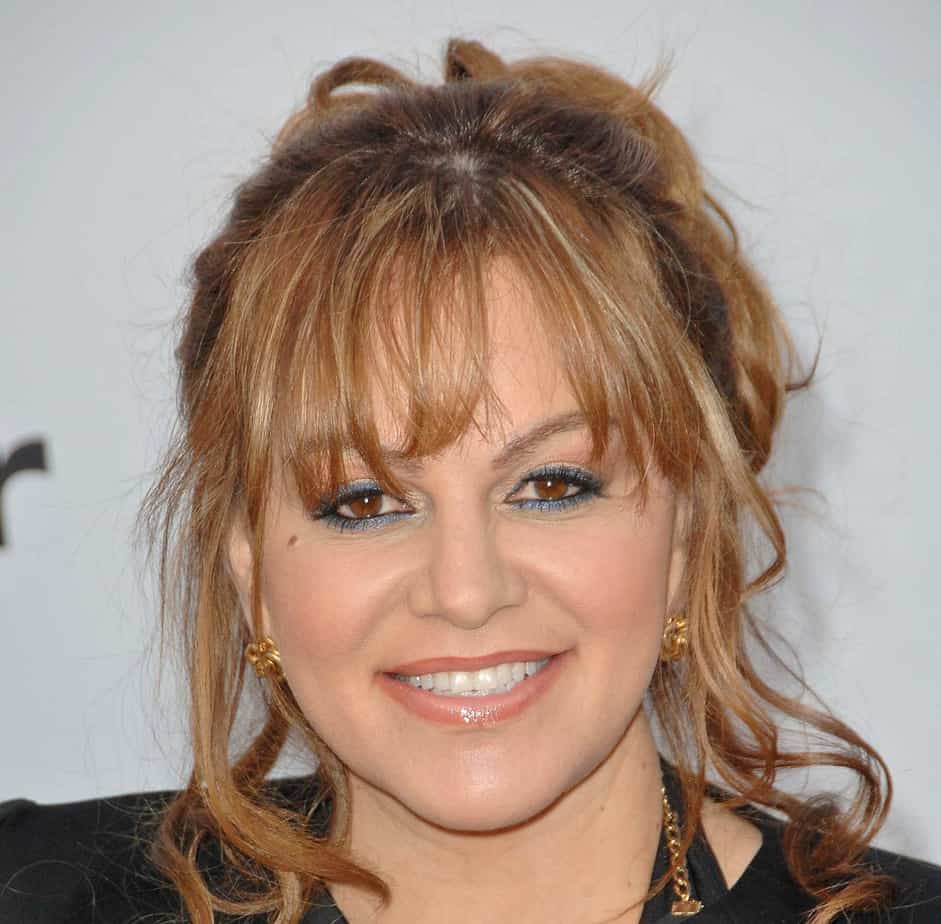 Instead of dropping out of school, Jenni continued to get her GED and became valedictorian of her graduating class.

Jenni began her music career in the mid-1990s. As a curvy young mother, Jenni was not what the music industry was looking for, especially in the male-dominated regional Mexican music genre. Despite having doors slammed, and her CDs thrown away right in front of her face, Jenni persisted until she finally found success. Enjoy these Jenni Rivera quotes!

Don’t forget to also check out these Maria Felix quotes that reveal a lot about the Mexican diva.

1. “Thank you for accepting me as I am, with my virtues and defects.” — Jenni Rivera

2. “Perhaps trying to move away from my problems and focus on the positive is the best I can do.” — Jenni Rivera

3. “I can’t get caught up in the negative because that destroys you.” — Jenni Rivera

4. “My ass is big because a lot of people have to kiss it.” — Jenni Rivera

5. “You work hard and you have expectations. So I’m living my expectations right now.” — Jenni Rivera

6. “I’m just being myself. To me, that people are interested in Jenni, not necessarily the artist, but the woman… it amazes me still.” — Jenni Rivera

7. “It doesn’t bother me at all that some people think I am too outspoken.” — Jenni Rivera

8. “I realized going back and writing and explaining in details the difficulties I had lived actually became emotional again. It’s like therapy but sometimes therapy can be painful. But it’s part of life and part of the autobiography so I’ll have to finish it sooner or later.” — Jenni Rivera

9. “Malandrinas’ means ‘bad girls,’ but not bad in a negative way. I wrote it in homage to my female fans.” — Jenni Rivera

10. “Whatever you do, Mija, do your best. Be different from everyone. Stand out.” — Jenni Rivera

Jenni Rivera quotes about love, music and her career

12. “I’m really in touch with my fans. Through their emails, letters and stories is how I decide what music I’m going to perform.” — Jenni Rivera

14. “I want to be the Mexican-American Oprah Winfrey. That’s a small goal, isn’t it? That’s something that I want. And of course not just to host, I want to OWN it! So, that’s in my future.” — Jenni Rivera

16. “I made a living out of singing Mexican music.” — Jenni Rivera

17. “The people in the industry tried to make me change. If you want to make it in this genre, they said, you have to do this or that. A lot of women had to do sexual favors to get played on the radio. Fuck that. I wouldn’t do it. I wanted to make it based on my talent or not at all.” — Jenni Rivera

19. “My inspiration is always what I think my fans want to listen to. I often write about social problems. If I’m not going through it or I haven’t gone through it, I want to make sure it touches someone. That’s what I base my music on.” — Jenni Rivera

20. “Mexican music runs through my veins. I loved it. Growing up, my father didn’t allow us to listen to English music at home. That’s all I heard. I had no choice.” — Jenni Rivera

22. “No one else has ever opened doors for me. I opened them myself.” — Jenni Rivera

24. “I had no choice but to work hard. I was a straight-A student, went to college, and I loved business.” — Jenni Rivera

25. “The key to success in life is getting up early.” — Jenni Rivera

26. “Whenever I took a step forward, it seemed as though life was pushing me five steps back.” — Jenni Rivera

Jenni Rivera quotes on being tough

28. “I wasn’t going out easy. I was the gangsta bitch from Long Beach. The Rivera Rebel who never lost a fight.” — Jenni Rivera

30. “In my family, they always called me “unbreakable”, and I never wanted to shatter this image of myself. On the outside, I kept my head up and maintained my tough girl image. However inside I was dying.” — Jenni Rivera

31. “My mother never let on that anything was wrong. She kept her chin up and acted as if everything were just fine. So we did too.” — Jenni Rivera

32. “I was not a girl who picked fights. I was a nerd, a straight-A student. I usually got along with everyone, but if a boy touched my butt, it was on. I would turn right around and sock him in the mouth and then get him down on the ground and start punching. Nobody was going to touch my ass and get away with it.” — Jenni Rivera

33. “Usually, when a young girl is pregnant, she drops out of school and concentrates on being a mother. I thought that’s what I had to do, but my counselors told me there was no way they would let me drop out. I had too much promise.” — Jenni Rivera

34. “When I started getting so many haters and closed doors, I decided to prove that it could be done. I was a divorced single mother of three at the time and a size 12 – not your typical model artist that labels feel work for the music industry.” — Jenni Rivera

35. “If I had the opportunity to speak to a young immigrant girl that just arrived to the U.S. the advice I would have for her would be: ask, speak, search; because there are opportunities out there.” — Jenni Rivera

36. “When somebody else’s happiness makes you happy, it means you are a person with a big heart.” — Jenni Rivera

39. “Being a mother by far is my favorite and most important career.” — Jenni Rivera

Did these Jenni Rivera quotes inspire you?

Jenni Rivera was a woman who knew how to go after her dreams. After repeatedly having the door slammed in her face, she persisted until she finally found success.

After signing with Sony, she would go on to win the Lo Nuestro Award for Regional Mexican Female Artist of the Year nine consecutive years in a row, star in and produce her own television show, and win two Oye! Awards (Mexico’s equivalent to the Grammy’s in the United States).

Unfortunately, Rivera would die before her time in a plane crash in 2012. Following her death, Rivera’s Oscar-worthy film debut Filly Brown was released as well as her final album and autobiography.

Did you enjoy these Jenni Rivera quotes and lyrics? Which quote was your favorite? Let us know in the comments below.

The post Jenni Rivera Quotes and Lyrics from the Singer-Songwriter appeared first on Everyday Power.

This post first appeared on Motivational Blog | Inspirational Quotes | Picture, please read the originial post: here
People also like
The 20 Questions Book Tag
Interview October – Frank
An Exceptional Event – The 2017 Jersey Festival of Words
The Other Side of the Soul teasers September 2017
Woman steals her bike from a thief who advertised it for sale on Facebook
PULITZER PRIZE - ProPublica and New York Daily News
Utilitarian Thinking and Ableism
Senate Races Update Aug-16-2016
“The Almost Effect” Books

Jenni Rivera Quotes and Lyrics from the Singer-Songwriter