What is an Ethical Dilemma and How do You Solve One?

From a young age, we are taught to do “the right thing.” When we are young, the right thing can seem much simpler of a concept. There is right and there is wrong. As we grow, and experience life, we realize everything is not black and white, and it can be harder to figure out what is the right thing, or the Ethical thing, to do. So just what is an ethical dilemma?

How to Handle Client Complaints: The …
What Advancements Can We Expect For A…
MICRO BUSINESSES
Luxury and Sustainability
EduTech Spyware is Still Spyware: Pro…

An ethical dilemma happens when a situation arises that requires us to make a tough choice. We must make a choice between two courses of action, and either decision will transgress upon our moral code or a moral principle. 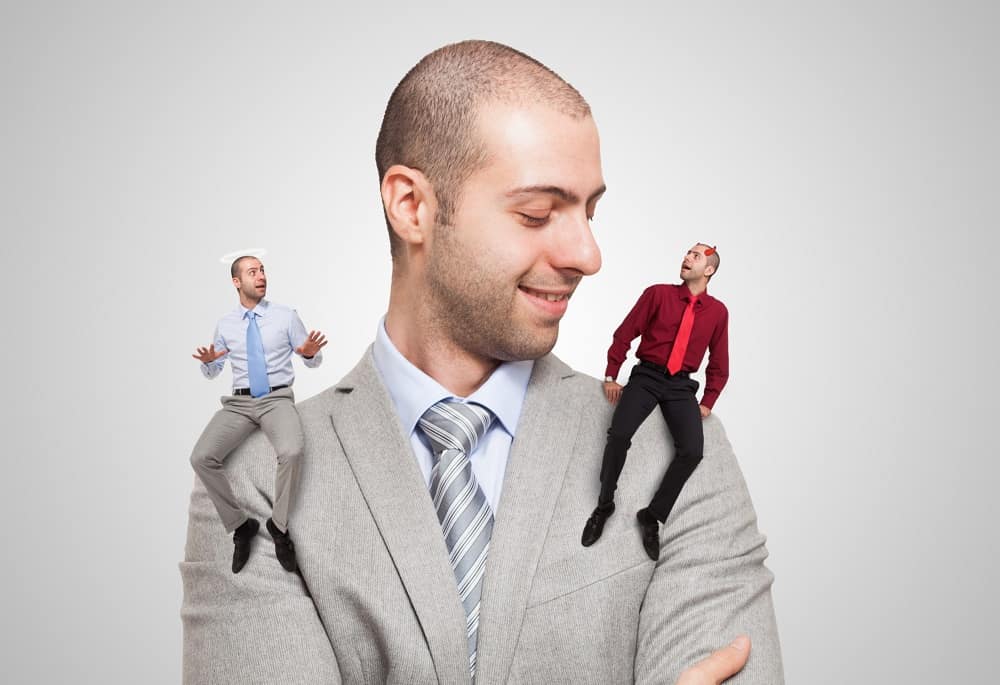 What is a moral principle?

Psychologist Karen Kitchener developed five ethical principles to help aid in ethical decision-making. They are autonomy, non-maleficence, beneficence, justice, and fidelity. The autonomy principle means that people should be free to make their own choices, choose their course of action. It focuses on self-determination and independence.

The non-maleficence principle states that ethical decisions will not cause other people harm, whether intentionally or simply risking harm to others by our actions. The beneficence principle takes it a step further and says that we should strive to protect others from harm and proactively try to do good.

The justice principle is the one that most people, especially young people, tend to struggle with. It does not state that everyone gets treated the same, but rather that equals receive the same treatment (treat equals equally) and that unequals do not receive the same treatment (treat unequals unequally). Now, this does not mean that anyone is less than anyone either. Here is an example of what it means:

I let my almost 18-year-old daughter go where she wants and regulate her own schedule (i.e. bedtime). My 12-year-old son gets mad and cries about how come his sister gets to stay up as late as she wants, and he has to go to bed, inevitably using the three words parents dread… “it’s not fair.” I explain how they are not the same age (unequal) and therefore they do not need the same bedtimes. I also tell him how when she was 12, she went to bed at the same time he is now (equals). He is usually disgruntled with this explanation.

She has a similar problem in this scenario:

She wanted to get a job, and I told her she could, but then she was going to have to learn how to pay for her own things so she could budget. She agreed and now has work hours. When she is not here, and we go out to eat and I obviously buy her brother’s food. Then when she gets off work she says, “Can you send me money for lunch?” I tell her “no” and explain how she needed to either bring a lunch or budget out the money for the week she planned on spending on eating out. She whines that I bought her brother food. I reiterate how he has no job and is only 12, and when she was 12 and jobless, I fed her. Again, I am met with, “that is not fair!”

Fairness and justice are not the same things. Fairness would mean that anyone who committed a crime would receive the punishment. Let’s say the death penalty was the sentence for all crimes. You steal something; you die. You murder someone; you die. You get a moving violation; you die.

That would be treating everyone equally. However, justice does not see these crimes, as equal. The “criminals” in all three instances are not equals, so they are not treated equally.

The last principle, the fidelity principle, involves loyalty, faithfulness, and honoring your commitments. This principle keeps our relationships with others intact and means that we are trustworthy. Understanding these moral principles is the first step in understanding an ethical dilemma since the choices must violate them.

Now, when the choice between right and wrong is clear, it is much easier to do the right thing. However, when things get a little grey like in the following scenarios, it can be tougher to know what to do. We are going to use the idea of a popular game, Trial by Trolley.

You are on a train about to turn at a fork in the track. However, you can not stop when you realize that there are people tied to the tracks. You must pick one group of people to run over. This violates the non-maleficence principles because you are going to run over a group of people either way. Now, there are innocent people and a villain on each track, so the justice principle also comes into play. In the first example:

The track on your right has a newborn baby and your parents on it, along with Hitler. The track on your left has a kid who will grow up to cure cancer, a schoolteacher, and Jack the Ripper. Who do you run over? You might be inclined to save the baby and your parents because of emotions like love. However, taking out Hitler would spare approximately 6 million people. On the other track though, you are given the chance to save a kid will end up saving 9.5 million people a year (the number of people who died of cancer in 2018). The school teacher will shape the minds of hundreds of people. And Jack the Ripper was also awful but didn’t kill nearly as many people as Hitler.

Before we get into the question of how to solve a moral dilemma, let’s look at one that is a little more realistic:

Your house is on fire, and your two children are inside. There is no time for you to save both.

These are heartbreakingly tough choices, but moral dilemmas are never easy, or they wouldn’t be so hard for us to solve. Now granted, every ethical dilemma is not life and death. It might be a case of profiting from inside knowledge or stealing from the very wealthy to feed the starving.

It is all very grey. However, there is a framework you can use to help you reach an ethical decision.

How to solve an ethical dilemma

The first part of solving an ethical dilemma requires you to analyze the situation carefully and “refute the paradox,” or essentially make sure there is an actual dilemma. Stepping out of your current frame of reference might allow you to decide that the dilemma (or the extent at which you violate a principle) is not relevant.

The second step in solving an ethical dilemma requires the decision maker to apply the value theory approach. Basically, this is the principle that offers the greater good or the lesser evil. We can apply this to the train track situation easily.

While you might love your two elderly parents, the kid on the other track will save millions of people if he lives. Also, by killing Hitler, you would save several other million people. The greater good is obvious, even though you might not like that choice.

With your kids in the burning house, let’s say one is almost an adult and the other a baby. You could look at this and determine that the older one has a chance to save itself, while the youngest completely depends on you. If you save the baby, it will live for sure, but so might your oldest because it can save itself. If you save the oldest, the baby has no chance because it cannot survive. There is a greater good in potentially saving both children, versus dooming one.

Lastly, you could try to look for alternate solutions. In our train track example, for instance, you could ask if there is some way to move the people off the track. Or maybe you could figure out a way to jump the track and bring the train to a halt, killing no one. In the house fire, if you save the baby while yelling for a neighbor, or telling your other child how to get out while running through the house, you might save them both.

The truth with a moral dilemma is there will always be a consequence to whichever decision you make. My sister has a much simpler solution for solving these dilemmas in her life. She simply asks herself which decision will personally cause her to lose more sleep at night.

Let us know about a real-life ethical dilemma you faced and how you solved it, in the comment section below.

The post What is an Ethical Dilemma and How do You Solve One? appeared first on Everyday Power.

What is an Ethical Dilemma and How do You Solve One?