These LGBTQ Quotes Celebrating Pride month show the importance of the progress being made for the community.

Each year Pride Month takes place during the month of June. This is a time when the LGBTQ community works together to raise awareness around injustice in the community. While many people think of it as parades and protests, it’s more than that. 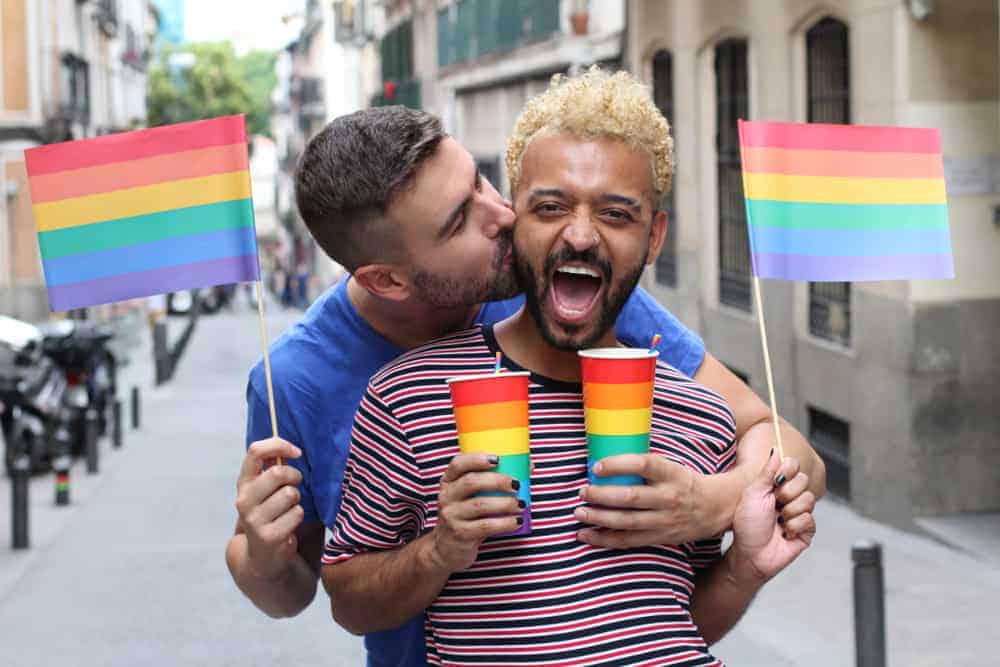 It’s a chance for the community to work on bringing about change in society. It’s activism in action as people work toward political change, acceptance, and equal rights for those in the LGBTQ community. The following Lgbtq Quotes celebrate what Pride Month is all about.

1. “Personally, coming out was one of the most important things I’ve ever done, lifting from my shoulders the millstone of lies that I hadn’t even realized I was carrying.”  —  Sir Ian McKellen

2. “Don’t be afraid; people are so afraid; don’t be afraid to live in the raw wind, naked, alone…Learn at least this: what you are capable of. Let nothing stand in your way.”  —  Tony Kushner

3. “I learned compassion from being discriminated against. Everything bad that’s ever happened to me has taught me compassion.”  —  Ellen DeGeneres

4. “I am happy to dispel any rumors or misconceptions and am quite proud to say that I am a very content gay man living my life to the fullest and feel most fortunate to be working with wonderful people in the business I love.”  —  Neil Patrick Harris

5.  “To love oneself is the beginning of a lifelong romance.”  —  Oscar Wilde

6. “There will not be a magic day when we wake up and it’s now okay to express ourselves publicly. We make that day by doing things publicly until it’s simply the way things are.”  —  Tammy Baldwin

7. “Only by speaking out can we create lasting change. And that change begins with coming out.” ― DaShanne Stokes

8. “Your judgments about another person say more about your own character than the character of the person you’re pointing a finger at.” ―  Alaric Hutchinson, Living Peace: Essential Teachings for Enriching Life

9.  “I want to do the right thing and not hide anymore. I want to march for tolerance, acceptance and understanding. I want to take a stand and say, ‘Me, too.'” —  Jason Collins

10. “When you put love out in the world it travels, and it can touch people and reach people in ways that we never even expected.”  —  Laverne Cox

11.  “There is only one happiness in this life, to love and be loved.” – George Sand

12. “To be fully seen by somebody, then, and be loved anyhow — this is a human offering that can border on miraculous.”  –  Elizabeth Gilbert

13. “There will always be enemies. Time to stop being your own.”  –  Larry Kramer

14.  “All young people, regardless of sexual orientation or identity, deserve a safe and supportive environment in which to achieve their full potential.” – Harvey Milk

15. “If Harry Potter taught us anything it’s that no one should live in a closet.” – J.K. Rowling

16. “I am proud, that I found the courage to deal the initial blow to the hydra of public contempt.” –  Karl Heinrich Ulrichs

17.  “My silences had not protected me. Your silence will not protect you.”  –  Audre Lorde

18. “When you are doing something that is right, you just do it and take care … Someone has to do this.”  –  Alice Nkom

21. “When all Americans are treated as equal, no matter who they are or whom they love, we are all more free.” – President Barack Obama

22. “The only queer people are those who don’t love anybody.” – Rita Mae Brown

23.  “This world would be a whole lot better if we just made an effort to be less horrible to one another.” – Ellen Page

24. “The beauty of standing up for your rights is others will see you standing and stand up as well.” – Columnist Cassandra Duffy

25. “I’ve been embraced by a new community. That’s what happens when you’re finally honest about who you are; you find others like you.” – Chaz Bono

26. “I believe that no one should ever have to choose between a career we love and living our lives with authenticity and integrity” – Out & Equal Executive Director Selisse Berry

27. “I’m living by example by continuing on with my career and having a full, rich life, and I am incidentally gay.” – Portia DeRossi

28. “Never be bullied into silence. Never allow yourself to be made a victim. Accept no one’s definition of your life; define yourself.” – Harvey Fierstein

29. “The single best thing about coming out of the closet is that nobody can insult you by telling you what you’ve just told them.” – Rachel Maddow

30. “There’s nothing wrong with you. There’s a lot wrong with the world you live in.”  —  Chris Colfer

31. “We should indeed keep calm in the face of difference, and live our lives in a state of inclusion and wonder at the diversity of humanity.” —  George Takei

33. “It is a testament to my parents that they never reacted negatively to the four-year-long pride parade that marched through their house.” ― Tina Fey, Bossypants

34. “The important thing is not the object of love, but the emotion itself.” —  Gore Vidal

35. “The richness of our communities, our cities, and our nation lies in recognizing and celebrating our diversity. That diversity is not only in our various ethnicity and cultures, but also in the diversity of our sexual orientations. We all contribute, each in our own way, to the strength, vitality, and the well-being of our society.” —  George Takei

36. “The fact is, I’m gay, always have been, always will be, and I couldn’t be any more happy, comfortable with myself, and proud.” —  Anderson Cooper

37. “The pressures on gay teens can be overwhelming–to keep secrets, tell lies, deny who you are, and try to be who you’re not. Remember: you are special and worth being cared about, loved, and accepted just as you are. Never, ever let anyone convince you otherwise.” – Alex Sanchez

38. “I am a strong, black, lesbian woman. Every single time I say it, I feel so much better.” — Brittney Griner

40. “The next time someone asks you why LGBT Pride marches exist or why Gay Pride Month is June tell them ‘A bisexual woman named Brenda Howard thought it should be.’”  –  Brenda Howard

41. “The richness, beauty and depths of love can only be fully experienced in a climate of complete openness, honesty and vulnerability.”  –  Anthony Venn Brown

42. “AIDS is a plague – numerically, statistically and by any definition known to modern public health – though no one in authority has the guts to call it one.”  –  Larry Kramer

43. “All of us who are openly gay are living and writing the history of our movement. We are no more — and no less — heroic than the suffragists and abolitionists of the 19th century; and the labor organizers, Freedom Riders, Stonewall demonstrators, and environmentalists of the 20th century. We are ordinary people, living our lives, and trying as civil-rights activist Dorothy Cotton said, to ‘fix what ain’t right’ in our society.”  —  Senator Tammy Baldwin

44. “My sexuality is my own sexuality. It doesn’t belong to anybody. Not to my government, not to my brother, my sister, my family. No.” —  Ashraf Zanati

45. “I’m kissing my wife on the cover because the mother of a gay kid might see it and finally come around to letting her son or daughter back in the house…because it’s time for every American to have their civil rights.” —  Kristen Ellis-Henderson

46. “Love demands expression. It will not stay still, stay silent, be good, be modest, be seen and not heard, no. It will break out in tongues of praise, the high note that smashes the glass and spills the liquid.”  –  Jeanette Winterson

47. “The truly revolutionary promise of our nation’s founding document is the freedom to pursue happiness-with-a-capital-H.”  –  Dan Savage

48. “Do we have to know who’s gay and who’s straight? Can’t we just love everybody and judge them by the car they drive?” – Ellen DeGeneres

49. “It’s been a journey and a process of becoming totally out and sort of living that truth and having it be a daily thing. I’m at the point now that I want people to know that, and I want to talk about it. We’re coming so far as a society, but we still have so far to go. So until we’re all the way there, I’ll probably die talking about it.” – Megan Rapinoe

50. “Equality means more than passing laws. The struggle is really won in the hearts and minds of the community, where it really counts.” – Barbara Gittings

How do you celebrate?

Pride Month is not supposed to be just for those in the LGBTQ community. While it’s a chance for them to spread their message and awareness around the issues, it’s also a chance for others to see things from a different perspective.

You don’t have to attend a peaceful protest or parade to be a part of Pride Month. You can use the month as a chance to educate yourself around the injustice that some people are facing in the world. You can listen to the perspective of others. Find podcasts, books, or people that you can talk to to see what you may be missing or what part you can play in equality for all people.

Which of these LGBTQ quotes and sayings resonated with you best? Do you have any other favorite quotes to add? Let us know in the comment section below.

Can I really unplug?