– Another indicator of the fragile state of our economy.

(Click for AUDIO VERSION)
To use this segment in a Radio broadcast or Podcast, send TIM a request. 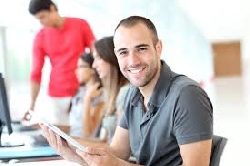 Normally, when you want to analyze the state of our economy, you examine such things as Gross Domestic Product (GDP), which is currently at a paltry annual rate of 0.7%. Or you might consider unemployment which, according to the Bureau of Labor Statistics is at 5%. This, of course, does not include people who have stopped looking for work over the past four weeks, thereby bringing the real unemployment rate up to 9.9% (according to Gallup).

Signs That You’re In A Healthy Love R…
A Comparison of the Environmental Imp…
Motivational Tips to Help You Stick …
‘The Angry Cabbage’. A Vegetable Rese…
CBD 2020: What to Expect + Our Top Pr…

However, the Gallup organization recently produced a new report about corporate acquisitions corporate acquisitions which reveals some unsettling numbers affecting the economy. In a nutshell, Gallup discovered Companies are frustrated by an economy inhibiting them from growing from within, preferring instead to acquire competitive companies.

In studying the Forbes Global 2000 (G2000) companies, Gallup discovered the number of publicly traded companies have been cut in half over the past twenty years, going from approximately 7,300 to 3,700. As the company correctly points out, “In a perfect world, the market would have doubled the number of big public companies instead of halving it.”

However, getting companies to improve internally has become a serious challenge. As Gallup explains it, 71% of workers have become indifferent about their companies and have actively disengaged from them. This means only a handful of employees find meaning in their work and are industrious.

The question is, why have so many people become disengaged at work? In large part, blame can be placed on management’s inclination to micromanage everything in an office, thereby creating a master/slave mentality which is hardly conducive for encouraging workers to assume responsibility, take charge, and become engaged in the business of the company. As I’ve mentioned on many occasions, I am more of a believer in managing from the bottom-up, meaning you should train your people properly, empower them to execute project assignments on their own, and get out of their way. Of course, managers should monitor project status and run interference on problems as required, thereby allowing the workers to focus on their responsibilities. Such an approach encourages workers to take ownership of their projects and create an esprit de corps. In other words, managers should manage more and supervise less.

By simply “managing from the bottom-up,” companies can engage their workers, thereby providing them with the ability to improve from within, and deter the need to acquire other companies. Besides, how do we know these other companies are any better than our own?

Note: All trademarks both marked and unmarked belong to their respective companies.

Tim Bryce is a writer and the Managing Director of M&JB Investment Company (M&JB) of Palm Harbor, Florida and has over 30 years of experience in the management consulting field. He can be reached at [email protected]

NEXT UP:  AT HOME WITH THE MILLENNIALS – Why are so many staying home?