Q&A by the Coffee Machine | Brandon 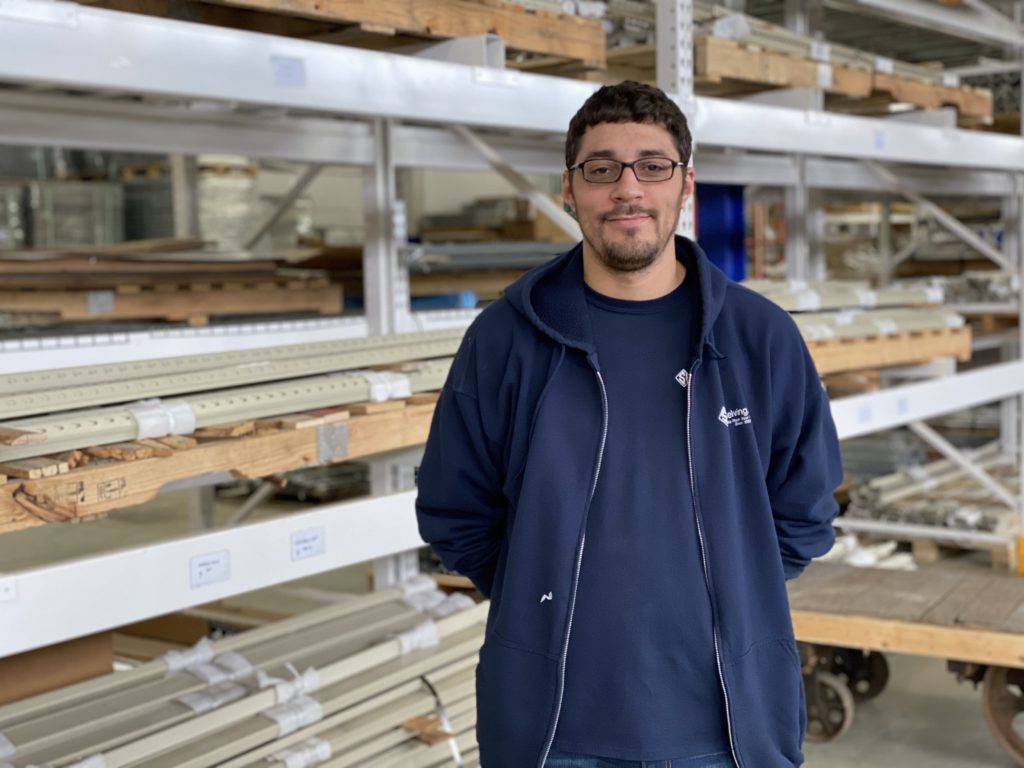 In this series, we’re pulling back the curtain to show you the faces behind our company. Everyone on the Shelving Inc. team plays an important role in getting your order to you. Whether it’s wire shelving for a home or pallet racking for a warehouse, this well-oiled machine always puts in maximum effort.

Today, we chatted with Brandon McNeary.

Beginning back in 2011, Brandon is one of our warehouse managers. He’s in charge of maintaining the flow of the warehouse, ensuring that other members of the team are prioritizing orders and staying on task. He also handles the preparation of materials for installations and manages our inventory levels.

Before Shelving Inc., Brandon tried an array of jobs; from pharmacy technician to a gig in broadcasting. He enjoys his current position because of the variety – every day is different.

He has not only been given the opportunity to learn new skills, like driving a forklift, but was also able to hone his ability overseeing others. Going from a starting position to manager in a short amount of time, he’s most proud of his growth as a leader.

In his free time, you can catch Brandon playing video games (his favorite being League of Legends) or listening to music. He’s also a big movie buff and at one point got far in his quest to watch all of IMDd’s 250 top-rated movies.

That’s all for now! Keep an eye out for the next Q&A in the coming weeks.

Q&A by the Coffee Machine | Brandon