Q&A by the Coffee Machine | Mick 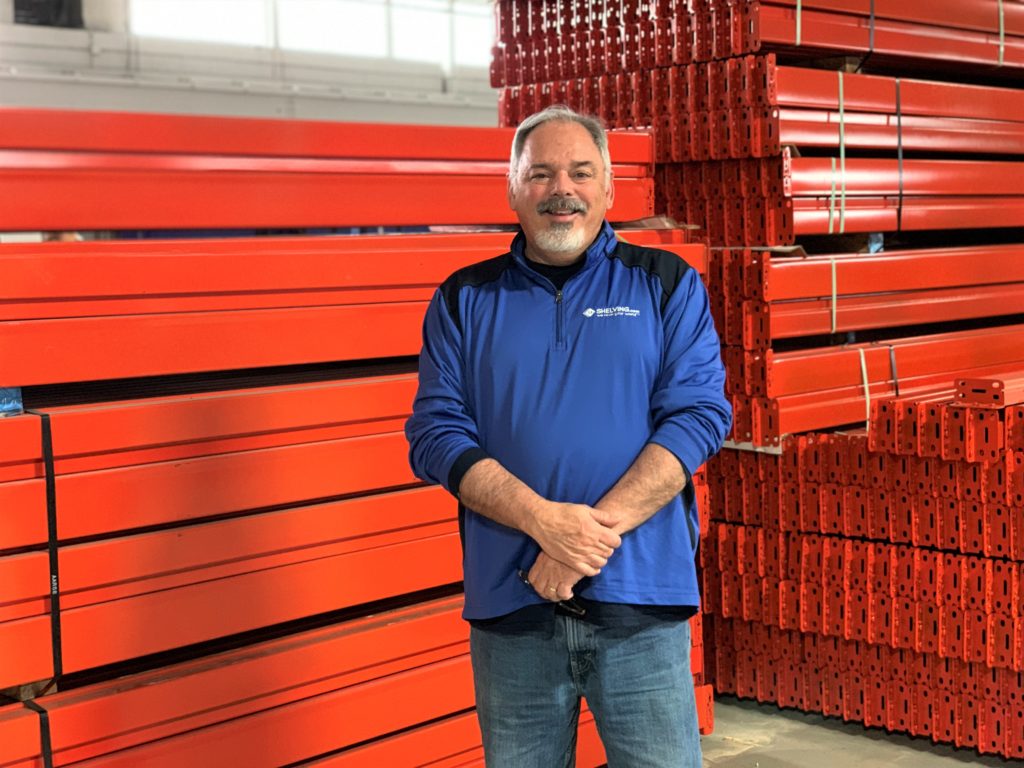 The other half of our dynamic-duo, Mick works with his wife, Sandy, on the resource team. His primary role is inside sales and support representative, meaning he can get you what you need, whether it’s a new shelving system or a concept drawing for your warehouse design.

If you need someone with infinite patience, you’ll want to deal with Mick. His ability to listen is what makes him a valuable asset to our company and your storage project.

Mick grew up in London….Ohio and attended Wittenberg University, as well as Wright State University. One of his proudest personal achievements is preventing his son, Cameron, from becoming one of the most reviled creatures imaginable—a U of M fan.

Outside of Shelving, Inc., he enjoys going to Ohio State football games, as well as Tigers and Reds baseball games. He also loves camping with the family, although he says he doesn’t do any one of these nearly enough.

Now, we have a shocking confession for you. Mick’s decided to come clean….about his Netflix/Amazon Prime/Hulu addiction. No shame in your streaming game.

Mick really doesn’t get the meaning of “going above and beyond” for customer service, because he thinks you should always do everything you can to help a customer.

Come back in a few weeks for another round!

The post Q&A by the Coffee Machine | Mick appeared first on Shelving.com.

Q&A by the Coffee Machine | Mick