Alok Kejriwal: Co-Founder Of Games2win And An Established Presenter 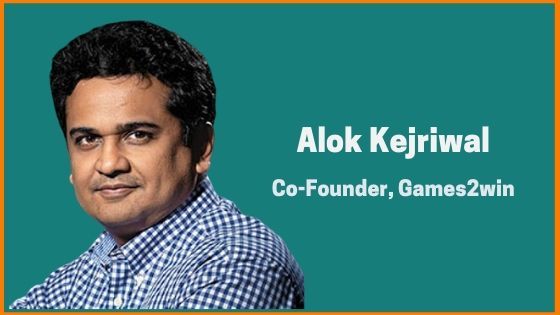 Intelligence and creativity go hand in hand, at least in entrepreneurship. Innovative ideas remain on paper if one doesn’t know how to execute them. India is home to many such ingenious minds who have delivered awesome solutions. Mobile2win is one such innovation that has created a buzz in the Indian startup ecosystem. Mobile2win India Pvt. Ltd designs and develops digital entertainment software. The company offers contests, interactive music, social media interaction, games, and infotainment to users. So, how did this venture generate the attention? And, who’s Alok Kejriwal?

What you need to know to buy a house …
MICRO BUSINESSES
SEO Trends and Vitals for 2021
Goal 2020 review and 2021 Resolution
Why Lawyers Use Legal Pads?

Alok Kejriwal is one of the earliest internet entrepreneurs in India to have achieved multiple exits from his startups. He is well known for his idea “Mobile2win”. Apart from being an entrepreneur, he is a power speaker and an engaging presenter who thinks out of the box to satisfy customer needs. He is currently the CEO and founder of Games2win, his fourth startup. Games2win is a global mobile games enterprise with over 150 million game downloads and entertaining over 10 million players per month.

He grew up in a Marwari Business family and was exposed to the business world due to his family’s interests and functions. He had set up the export division of his father’s socks business but, as he faced obstacles such as family issues which included his uncles and relatives drove him to search out for something big of his own.

Alok is an experienced campaigner and has been in business for nearly two decades. In 1998, he launched the country’s first online contesting site—contest2win. His work spurred the concept of advergaming for the first time in the world of gaming. Several multinational companies have partnered with his website. Brands like Pepsi, Nestle, and L’Oreal were introduced in the Indian market through contest2win.

He followed contest2win with mobile2win. This was founded in the year 2001 with his team. He was invited to China by Softbank, one of the first investors in his company. Mobile2win pioneered the first-ever TV powered SMS service in the world; and this was instrumental in big names collaborating with mobile2win. Alok and his team launched Mobile2win in India after much planning. Mobile2win presented the idea of SMS service via TV, and the first consumer was Sony. It chose this model to implement voting facilities for The Indian Idol.

Alok has several words of advice from his wide ranging experience. He encourages youth to start off with small projects of their own. In his journey to fame, Alok took up a range of small projects like bank referrals, locating leak-proof drums, and financial services for the needy. According to him, this helps in understanding business.

He often associates curiosity with growth. He urges all aspiring entrepreneurs to develop curiosity as a serious habit. This inquisitiveness helped him diagnose a fault in a costly sock-making machine. It was his curiosity that inspired him to use the internet as the foundation for his startup.

He also advises entrepreneurs to commit at least ten years to scale their business. He believes the journey of pain, trouble, and hard work eventually lead to success. For Alok, there is no ‘easy money’ in this world; if anything comes easy, it slips out of your hand even easier. Alok sought tips from the deep research practices and long-term investing habits of successful traders.

He refrains from companies fostering deceit, cheating or manipulation. Being honest has taken him to places and he encourages budding entrepreneurs to do the same.

For Alok, VC can mean venture capital, vulture capital, and vampire capital. Entreprenuers should exercise caution in choosing their investors. His company had to weather some challenges due to a dysfunctional board. The silver lining in the cloud was Disney. It came forward with an all-cash acquisition deal. Further developments lead to the dominance of Games2win and the rest is history.

Alok has innate passion for speaking, presenting, and content writing. Some of his important talks include:

He has addressed many Indian business news channels on the current situation of the Indian startup circuit. Alok has been a judge on different entrepreneurship oriented reality shows. He has worked off the field as well. He is the founder of therodinhoods.com, a community of entreprenuers. He meets two to three entrepreneurs and mentors them. He has also contributed to the Art of Living. Alok is a teacher, mentor and spiritual speaker for the community. A man of multiple qualities, entrepreneurs should follow Alok Kejriwal’s learnings!

Alok Kejriwal: Co-Founder Of Games2win And An Established Presenter