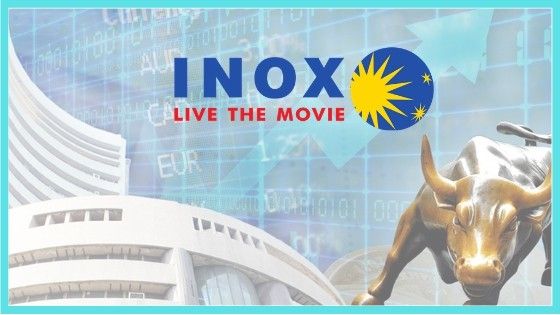 The country’s second-largest multiplex chain, Inox and BookMyShow (BMS), the biggest online ticketing platform have reconciled after their dispute where the former terminated its long-term contract of a four year deal with BMS after the disagreement over payments early September. INOX had demanded more money from BMS for rights to sell its tickets.

Seven WordPress Themes For Any Online…
Win Your Share of N400Million in Coca…
CBD Capsules Or CBD Oil Tinctures: Wh…
How to Deal with the Weekend Syndrome…
How To Pull Off Black and White Decor

The sale of its tickets after INOX’s brief exit from the BookMyShow platform for a few days had adversely impacted the footfalls during the second Quarter of the current fiscal. Inox accounts for 7-10 % of the total ticket sale volume of 12-15 million per month in BMS platform. While BMS used to account for more than a quarter of the tickets sold by Inox Leisure.

The revenue performance was decent with an increase in 17 % compared to the same quarter in FY17.

INOX’s revenue generated for the quarter September 2018 in the Net Box Office segment witnessed a rise of 11 % to that of the corresponding quarter of last year followed by a 19 % increase in advertisement space. F&B revenue shot up to 41% year-on-year, owing to a lower rate of goods and services tax (GST), almost a 14% increase in spend per head and 7% increase in footfalls.

INOX’s net profit came about in the September quarter at Rs. 12 crores, a borderline growth of the same period last year. Besides, its moderate content performance did not help. However, in this fiscal year, they added multiple screens relatively faster. So far, the company has placed 47 screens, compared to just 25 in fiscal 2017-18. INOX Leisure now aims to add 77 screens more to make it up to 569 screens by the end FY19. Its June quarter presentation had said it will add 59 screens for FY19.

Research firm CLSA sees a potential upside of 27 percent in the multiplex chain.