Would you like a daily “vitamin” that inspires you and motivates you to greatness?
100 Motivational Quotes For Success. Great Quotes from Great Minds. To accomplish great things, we must not only act, but also Dream, not only plan, but also believe. - Anatole France. When you think you can't... revisit a previous triumph. - Jack Canfield. Sometimes things become possible if we want them bad enough 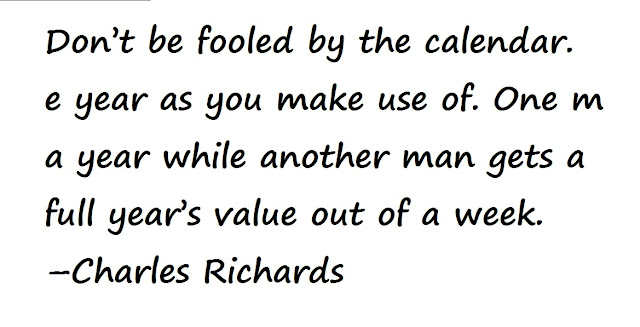 YOUR DAILY DOSE OF INSPIRATION

1-Your time is limited, so don’t waste it living someone else’s life.–Steve Jobs

2-I believe that the only courage anybody ever needs is the courage to follow your own dreams. –Oprah Winfrey

3-I’ve missed more than 9000 shots in my career. I’ve lost almost 300 games. 26 times I’ve been trustedto take the game winning shot and missed. I’ve failed over and over and over again in my life. And that is why I succeed. –Michael Jordan

4-Yesterday is history. Tomorrow is a mystery. Today is a gift. That’s why it’s called the present. –Unknown

6-Life isn’t about getting and having, it’s about giving and being. –Kevin Kruse

7-If you can dream it, you can achieve it. –Zig Ziglar

8-How am I going to live today in order to create the tomorrow I'm committed to? –Anthony Robbins

9-Too many of us are not living our dreams because we are living our fears. –Les Brown

10-Build your own dreams, or someone else will hire you to build theirs. –Farrah Gray

13-Go confidently in the direction of your dreams.  Live the life you have imagined. –Henry David Thoreau

14-Life is what happens to you while you’re busy making other plans. –John Lennon

15-The best time to plant a tree was 20 years ago. The second best time is now. –Chinese Proverb

16-Whatever the mind of man can conceive and believe, it can achieve. –Napoleon Hill

18-If you want to lift yourself up, lift up someone else. –Booker T. Washington

20-Two roads diverged in a wood, and I–I took the one less traveled by, And that has made all the difference.  –Robert Frost

21-A journey of a thousand miles must begin with a single step. –Lao Tzu

22-What would you do if you weren't afraid? –Spencer Johnson

23-Become the kind of leader that people would follow voluntarily; even if you had no title or position. –Brian Tracy

24-A goal without a plan is just a wish. –Larry Elder

25-Twenty years from now you will be more disappointed by the things that you didn’t do than by the ones you did do, so throw off the bowlines, sail away from safe harbor, catch the trade winds in your sails. Explore, Dream, Discover. –Mark Twain

26-A leader is best when people barely know he exists, when his work is done, his aim fulfilled, they will say: we did it ourselves. –Lao Tzu

27-A man who dares to waste one hour of life has not discovered the value of life. –Charles Darwin

28-A person who never made a mistake never tried anything new. –Albert Einstein

29-A truly rich man is one whose children run into his arms when his hands are empty. –Unknown

30-A true leader has the confidence to stand alone, the courage to make tough decisions, and the compassion to listen to the needs of others. –Douglas MacArthur

31-All the forces in the world are not so powerful as an idea whose time has come. –Victor Hugo

32-Anyone can hold the helm when the sea is calm. –Publilius Syrus

33-A goal is not always meant to be reached; it often serves simply as something to aim at. –Bruce Lee

34-Definiteness of purpose is the starting point of all achievement. –W. Clement Stone

36-If one advances confidently in the direction of his dreams, and endeavors to live the life he has imagined, he will meet with a success unexpected in common hours. –Henry Thoreau

41-If you’re offered a seat on a rocket ship, don’t ask what seat! Just get on. –Sheryl Sandberg

42-Impossible is a word to be found only in the dictionary of fools. –Napoleon Bonaparte

43-The only way to do great work is to love what you do. –Steve Jobs

44-It is better to have lived one day as a tiger than a thousand years as a sheep. –Tibetan saying

45-It’s not the years in your life that count. It’s the life in your years. –Abraham Lincoln

46-My interest in life comes from setting myself huge, apparently unachievable challenges and  trying to rise above them. –Richard Branson

47-Lead me, follow me, or get out of my way. –General George Patton

48-Money is a wonderful thing, but it is possible to pay too high a price for it. –Alexander Bloch

50-Shoot for the moon. Even if you miss, you'll land among the stars. –Les Brow

51-Life is not measured by the number of breaths we take, but by the moments that take our breath away. –Maya Angelou

52-Not the cry, but the flight of a wild duck, leads the flock to fly and follow. –Chinese Proverb

53-Strive not to be a success, but rather to be of value. –Albert Einstein

55-The greatest dreams are always unrealistic. –Will Smith

56-The mind is everything. What you think you become.  –Buddha

58-The two most important days in your life are the day you are born and the day you find out why. –Mark Twain

59-There are no traffic jams along the extra mile. –Roger Staubach

60-There is nothing so useless as doing efficiently that which should not be done at all. –Peter Drucker

61-There is only one way to avoid criticism: do nothing, say nothing, and be nothing. –Aristotle

62-Time is the coin of your life. It is the only coin you have, and only you can determine how it will be spent. Be careful lest you let other people spend it for you. –Carl Sandburg

63-We become what we think about. –Earl Nightingale

64-What’s money? A man is a success if he gets up in the morning and goes to bed at night and in between does what he wants to do. –Bob Dylan65-Whatever you are, be a good one. –Abraham Lincoln

66-Whatever you can do, or dream you can, begin it. Boldness has genius, power and magic in it. –Johann Wolfgang von Goethe

67-Where there is no vision, the people perish. –Proverbs

68-When I was 5 years old, my mother always told me that happiness was the key to life.  When I went to school, they asked me what I wanted to be when I grew up. I wrote down ‘happy’.  They told me I didn’t understand the assignment, and I told them they didn’tunderstand life. –John Lennon

70-You become what you believe. –Oprah Winfrey

72-You will never find time for anything. If you want time you must make it. –Charles Buxton

73-Change your thoughts and you change your world. –Norman Vincent Peale

74-Never doubt that a small group of thoughtful, concerned citizens can change world. Indeed it is the only thing that ever has. –Margaret Mead

75-Neither success nor failure are ever final. –Roger Babson

77-Always do what you are afraid to do. –Ralph Waldo Emerson

78-We tend to forget that happiness doesn't come as a result of getting something we don't have, but rather recognizing and appreciating what we do have. –Friedrich Koenig

79-Nobody can go back and start a new beginning, but anyone can start today and make a new ending. –Maria Robinson

80-Seek opportunity, not security. A boat in a harbor is safe, but in time its bottom will rot out. –H. Jackson Brown Jr.

81-Don't worry about failure; you only have to be right once. –Drew Houston

82-I must follow the people. Am I not their leader? –Benjamin Disraeli

83-If you want to be happy, set a goal that commands your thoughts, liberates your energy and inspires your hopes. –Andrew Carnegie

86-The art of leadership is saying no, not saying yes. It is very easy to say yes. –Tony Blair

87-To command is to serve, nothing more and nothing less. –Andre Malraux

88-We are too busy mopping the floor to turn off the faucet. –Unknown

89-What you do has far greater impact than what you say. –Stephen Covey

91-A day wasted on others is not wasted on one’s self. –Charles Dickens

93-A leader is a dealer in hope. –Napoleon Bonaparte

96-A man who wants to lead the orchestra must turn his back on the crowd. –Max Lucado

98-All successful people have a goal. No one can get anywhere unless he knows where he wants to go and what he wants to be or do. –Norman Vincent Peale

99-All that really belongs to us is time; even he who has nothing else has that. –Baltasar Gracián

100-All the flowers of all of the tomorrowsare in the seeds of today. –Chinese Proverb