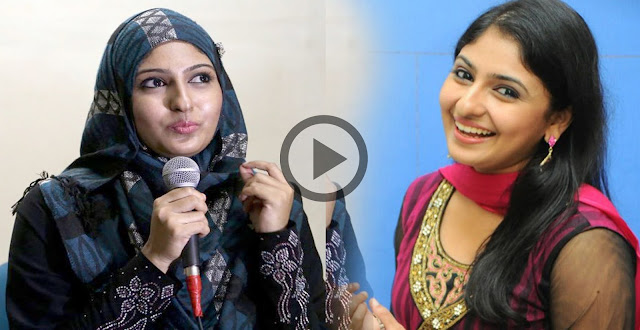 Famous young Indian actress Monica has decided to leave the life of lights behind her back, choosing to revert to Islam, don Islamic headscarf and quit the Film industry, Times of India reported on Saturday, May 31.

“I don’t convert for the reason of love or money, am not such a person. I like Islam principles so that I converted as an Islam,” she was quoted by Muslim Mirror.

“Hereafter I won’t act in the film, it gives some pain but I don’t change my mind,” the young actress added.

According to Indian media, Monica’s decision was announced during a news conference on Friday in which she released photos showing her wearing traditional modest costume and a hijab.

Changing her name to MG Rahima However, she did not reveal reasons behind her decision to join the world’s fastest growing religion.

Karen S. Wiesner, Tension and Twists,…
Concert Film Review: The Rolling Ston…
Meow Bar, Moscow
Top 10 Biggest Blackjack Jackpots
The Future of Cryptocurrency in India
The Azhagi actress started her career as a child artiste in Tamil cinema and has acted in more than 50 films. She is also the popular face in other South Indian film industries like Telugu, Malayalam and Kannada.

Monica, who had won Tamil Nadu State Award as a best child actor for her performance in Vijaykanth starrer En Aasai Machan, is known for few of the Tamil movies like Azhagi, Imsai Arasan 23m Pulakesi and Silandhi.

In 2001, Monica had changed her name a Paravana for Malayalam film industry. The actress was last seen in Tamil film Jannal Oram, which was released in 2013, November.

Monica is not the first Indian celebrity to revert to Islam this year.

Earlier in February, reports said that both musicians AR Rahman and Yuvan Shankar Raja have taken the same decision to revert to Islam.

There are some 180 million Muslims in Hindu-majority India.
loading...