There has been a rumor floating around that Ben Affleck is no longer portraying the Caped Crusader in the sequel to Man of Steel.
Curiously, this comes on the heels of the news that the movie’s release date was pushed back to 2016.  So, is it real, rumor, or an example of how people just love to create buzz in order to keep something going?

Karen Wiesner: I Have Dreamed a Littl…
Grammy-Winning Blues-Rock Guitarist M…
Mental Slot Review and Playtest (NoLi…
How to Price Your Craft & Design (par…
How Stay Interviews Help Retain Top T…
Batman portrayals summon the hell fires of hate from fanboys almost as much as James Bond replacements do.   The news that Ben Affleck was taking on the role in an non-Batman centric film was simply a way for nerd rage to take its final form.  And now, after the anger has cooled, we are set upon again by “NEWS. FROM. THE. INTERWEBS!”  By all means, let’s go and vent some more about how much we hate someone else’s choice to play a role that we have no stake in from a business standpoint.  I jest, of course, I’ve raged in my own ways at Hollywood over the years, but someone people get a little… batty.
But, if it is indeed true and some weird coincidence of a story comes out stating something about Ben Affleck and Zack Snyder not sharing the same vision or whatever, be rest assured that the Internet will have a field day with its own casting wet dream.   I am not any different.  Batman is a hell of a lot cooler than Superman.  He’s an antihero.  He’s cynically heroic.  And the ideas that are being thrown around for the Man of Steel sequel have Batman being portrayed as an older version of Bruce Wayne.   He is somewhat of a mentor to Superman.  Perhaps this is a seasoned Batman, near the end of his career as the hero Gotham needs.
Here are my “Fifteen Batmans Better Than Ben” list. 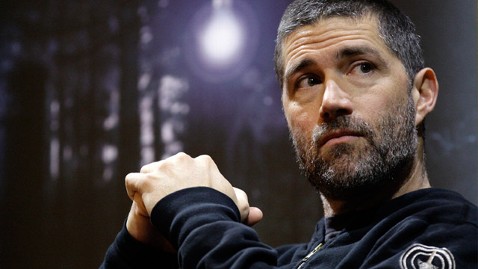 From http://abcnews.go.com
15.  Matthew Fox - "We have to go back, Alfred!"  The LOST star is 47 and has the look of a Bruce Wayne/Batman possibility.   He can be dark and mysterious and somewhat boyish.

From http://cdn03.cdn.justjared.com
14.  Brad Pitt - I can see it.   After all, Val Kilmer filled the role in the first of the two Schumacher stinkers.  At 50, he has the age and could pull it off but I would worry that he'd point at everything and there would be crumbs stuck down in the seats of the Bat Mobile. From http://24.media.tumblr.com
13.    Jensen Ackles – Dean Winchester fans might like the gravelly portrayal but at 35 he’s a bit young to play the role.  Still, he has the wit and sarcasm to carry the cowl.   But, he’d have to stretch it to really compete with an actor only five years younger than him.

From  http://www.totalfilm.com
12.    Vince Vaughn – The 43 old is probably the least likely to ever see the inside of the Bat Cave, but consider how well he wears a suit and carry himself as Bruce Wayne.  After all, the majority of the character will be in action and not talking.  He could give the performance of his career if done right.

From http://userserve-ak.last.fm
11.   Gerard Butler - At 44, he definitely has the action chops.  And honestly, the look of the Dark Knight couldn't come easier to someone who once crooned "The Music Of the Night".   He could give the Bat some Scottish brooding and edge.

From http://www.gq.com
10.  Jon Hamm - 42 is somewhat young -ish, but he has the look and style of someone much more wise and sophisticated.  He does seem a bit stiff to portray the Dark Knight, but in the Batsuit, you can barely move anyway.  The Mad Men star could pull off a Batman.

From  http://mechanteanemone.wordpress.com
9.      Idris Elba - Even younger than Hamm, your first inclination might be, "Oh, why would you go there?"  Why not?  He could certainly pull it off and it's not like we need to wait around for a reboot of Blade or a John Stewart / Green Lantern sequel for it to happen.  Although he could do it for Justice League.  At 41, Elba is every bit as talented as each actor on this list, if not more so.  I see no reason why he could not do justice to it.

From http://d38zt8ehae1tnt.cloudfront.net
8.   James Caviezel – At 45, James has all the stoicism of the Bat and all the badassery needed to portray the Dark Knight.  His man in the suit character, John Resse, from Person of Interest clearly shows a sense of ninja like skills and cool temperament to be a seasoned super hero.  Only issue... he's skinny.

From http://www.empireonline.com
7.    James Purefoy – The 49 year old Brit is currently in The Following, but you maybe remember him as the bad guy in Resident Evil or the Prince in A Knight’s Tale.  But he has the age and the acting chops to play Bruce Wayne as a crustier caped crusader.

From http://collider.com
6.    Josh Brolin - At 45, he couldn't be at a better place to play the role.   He has the stature, the look, and the chin for the role.  He did do Jonah Hex, but we'll forgive that.  And I may be able to forgive him for going along with Spike Lee's vision to destroy a perfectly good movie like Oldboy, but this old boy might be better as a Bat.

From https://encrypted-tbn1.gstatic.com
5.  Bruce Willis – He may be bald, but he’s worn a hairpiece before.  Even at 58,  Red and Red 2 shows he still has some action left in him but can he play wise and brooding?  I give you Sin City and the Zack Snyder.  Think post Bane Chiropractic Batman.

From http://cdn.wegotthiscovered.com
4.    John Cusack – No one would wear black better than someone who was once Better Off Dead.  He has the brooding thing down pat.  And he can pull off the fighting or at least a stunt double could.  He is 47, but he has the perfect noire vocal delivery to play the Dark Knight, detective style. 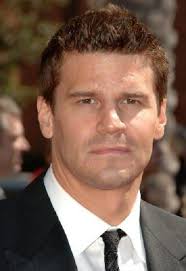 From https://encrypted-tbn1.gstatic.com
3.   David Boreanaz –  The 44 year old Bones and Buffyverse star has a bit of bite playing a vampire and an FBI agent, so he has some experience with the material.  He also rumored to be up for the role in Christopher Nolan’s trilogy before Christian Bale was cast.  This was somewhat of a PR stunt I’ve read and that he was never really considered.

From http://images.starpulse.com
2.    Michael Keaton – I mean… why not?  He’s 62… so what?  What better way to get your fanboys in the seat than to pay homage to the original casting choice from 25 years ago.  Michael Keaton, to me, is almost as iconic in the role as Christopher Reeve was to Superman.  I see no reason why he couldn’t have a field day with this… Again.  CGI and stunt doubles.

From http://www.wwd.com
1.   Jeffrey Dean Morgan – I really want this one to happen.  JDM has almost been the Sean Bean of television and film, nearly dying in every role he’s played.  As Papa Winchester on Supernatural he played father and demon hunter to Sam and Dean.  He’s got the age about right with 47 and he’s played comic book characters before with The Comedian in The Watchmen.

OK, there's my take.  Bring on the hate.  LOL.   Any suggestions?  Leave me a comment.
Angry Mongo's blog is published 3 times a week unless his boss catches him. Join him in his delusions of adequacy.