The problem with the Academy Awards and South Africa is that we only really get to see most of the films on our screens after the ceremony. While a handful of releases have made it to our shores, including: Dunkirk, The Shape of Water, Coco, Ferdinand, Logan, Molly's Game with I, Tonya round the corner... it's still a big guessing game for any South African movie critic to nail their celluloid to the mast. If you've only seen less than half of the contenders, it's a brave or foolish game to start throwing darts at the nominations list, so let's talk about something from South Africa that is happening at the Oscars.

Unfortunately, while our Best Foreign Film hopeful, The Wound (Inxeba), didn't make the final cut... we've got Revolting Rhymes to be proud of thanks to Triggerfish Animation Studios, which is competing in Best Animated Short category. This brilliantly adapted Roald Dahl series was directed by Jakob Schuh (The Gruffalo) and Jan Lachauer (Room on the Broom) and co-directed by Bin Han To, produced by Martin Pope and Michael Rose. Produced by Magic Light Pictures, Revolting Rhymes was animated at Magic Light’s Berlin studio and Cape Town’s Triggerfish Animation Studios. 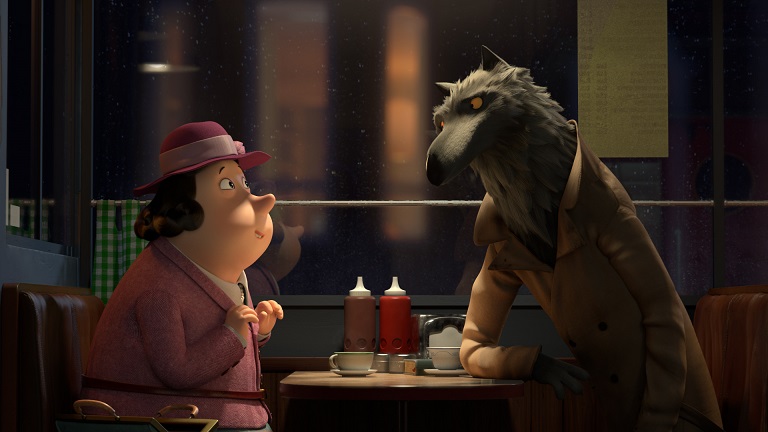 Roald Dahl, animation and Triggerfish fans will be watching for the big moment come Sunday 4th March at the 90th Oscars.

Here's the list of nominees for this year's Academy Awards 2018...

“Call Me by Your Name”
“Darkest Hour”
“Dunkirk”
“Get Out”
“Lady Bird”
“Phantom Thread”
“The Post”
“The Shape of Water”
“Three Billboards Outside Ebbing, Missouri”

“Mighty River” from “Mudbound,” Mary J. Blige
“Mystery of Love” from “Call Me by Your Name,” Sufjan Stevens
“Remember Me” from “Coco,” Kristen Anderson-Lopez, Robert Lopez
“Stand Up for Something” from “Marshall,” Diane Warren, Common
“This Is Me” from “The Greatest Showman,” Benj Pasek, Justin Paul