Change is not the enemy 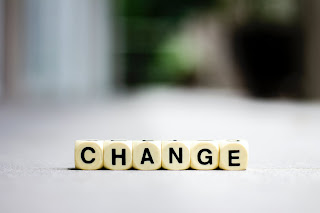 Change is the only thing constant in life.

Not a novel thought but what I want to talk about is the type of change. As I see it, change is basically of two types - voluntary and involuntary.

Let's take an example from the Marvel Cinematic Universe (I mean, why not?). It used to puzzle me that sometimes when Dr. Bruce Banner turns into the Hulk he is the machine of mass destruction. Then other times he is working side by side with the Avengers like they all went to the same high school and ate lunch at the nerds table for years. What gives?

When You and Your Best Friend Had an …
Spider-Man: If This Be My Destiny - L…
Top 4 Solutions to Track an iPhone by…
On Death and Subculture
Uncertainty, COVID-19 and Estate Plan…

Thanks to the internet where you can find everything from a tiramisu recipe to the way to properly groom your dog, I found that Hulk's behaviour depends on the trigger that caused him to transform from Banner to Hulk. If he did it himself he was the well-behaved model citizen, but if something, usually an act of violence, forced him into becoming the Hulk then he could be mean as your mother-in-law after you tell her that her thanksgiving turkey was a bit dry.

We may not have been exposed to a truckload of gamma radiation in our lives (I don't know about you, but I wasn't. In case, you are reading, Dr. Banner) but our response towards change is very similar. Maybe it's the old teacher in me or I just know how much you like examples but I feel like giving you an example.

Take this case of old Timmy (Or John, or Dave, or Raj) whose girlfriend dumps him. That throws him into a pit of depression which takes a while to fix even after copious amounts of junk food and help from good friends. But if this same rascal dumped his girlfriend, he won't feel so sad. He might pretend to be upset about it, if he is a decent person, but he really won't be that sad.

Similarly, if a person leaves a job to start his business or just change cities or whatever, they take it in their stride even if things are quite hard for a while. In contrast, if they get fired from the job, they don't like that so much.

The main reason for the difference in our response, I think, is from anticipation and preparation. And, the sense of being in control. When you do something that brings a change in your life, even if it is a tough situation,  you are prepared for it and mentally ready to face the consequences. But if something is done to you which brings about the change in your life, it's a shock that you have to first absorb before you can deal with the actual, physical consequences.

Sometimes the change that is "done to us" is not really so bad. That's where the expressions like "blessing in disguise", "silver lining" and "look on the bright side" come into play. Sometimes a change can be a mix of the two types like getting Married. You decided to get married, that's what you "did" and then all the future changes are "done" to you by her will. Happy married life.

My conclusion is that if we can keep this in mind that change is change no matter what type of trigger it had, maybe it will help us bounce back faster and deal with the change better.

Having said that, how do you like the new layout of the blog? ;-)

Change is not the enemy