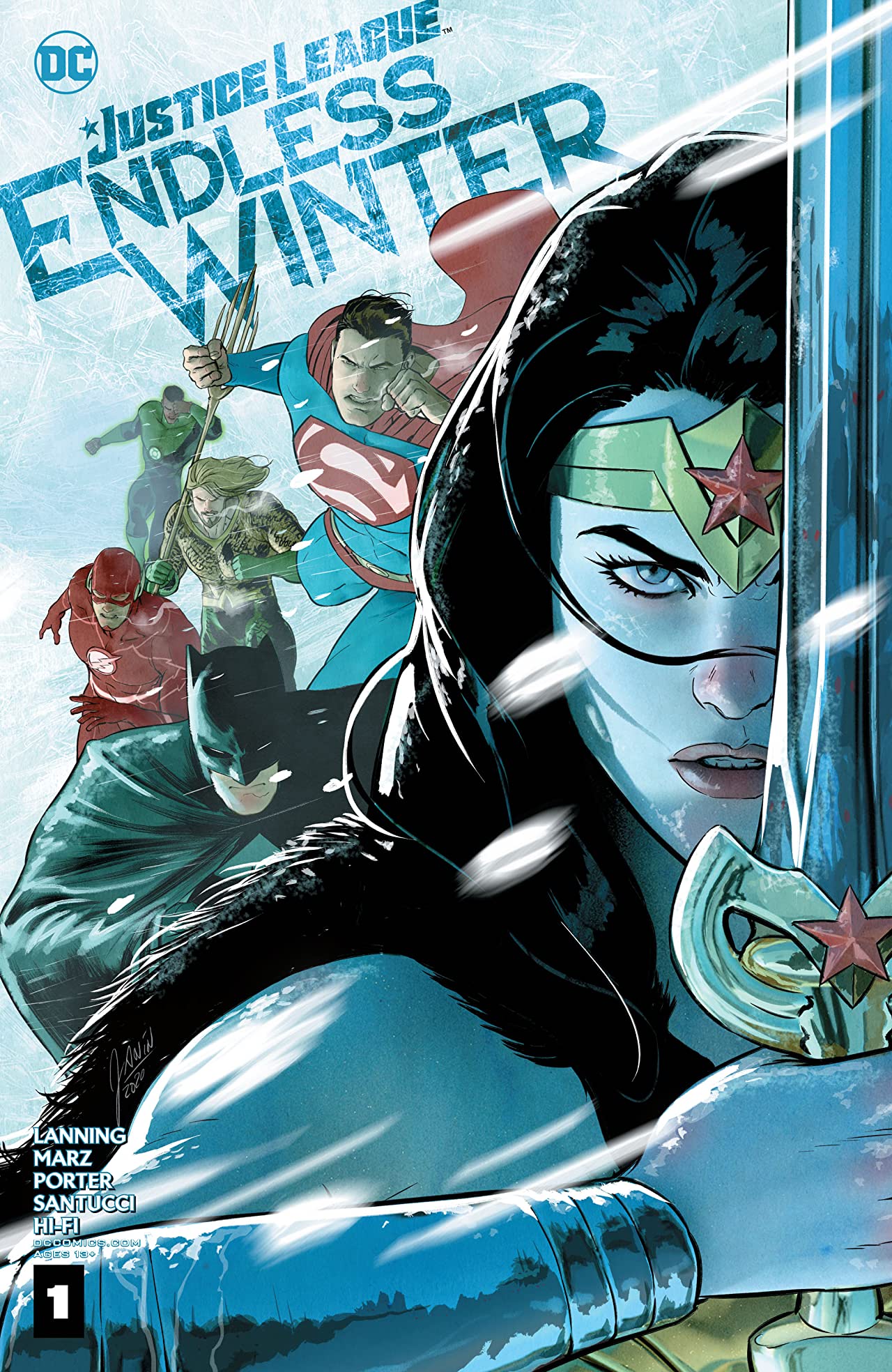 Much like last month, it’s quality over quantity for me with the DC Comics October 2021 hardcover and trade paperback solicitations. Not a whole lot of books that I’m eyeing, but a few I’m really eager for (and even wish would arrive sooner — talking to you, Justice League: Endless Winter).

Others on the list include Catwoman Vol. 5: Valley of the Shadow of Death, Suicide Squad Vol 1: Give Peace a Chance, Superman and the Authority, Superman: The One Who Fell, and Swamp Thing Volume 1: Becoming — all specifically post-Future State volumes, another new-new DC Universe beginning.

Batman: The Dark Knight Detective Vol. 6 is coming too — glad to see these books going strong and getting toward a complete run; not many more to go there. And a Batman: The Long Halloween special? I admit I looked past it the first time in the solicitations, thought it was just like a dollar reprint or something, but I’m really excited for a new story.

Let’s take a look at the full list and you tell me what you’re looking forward to.

Collects Detective Comics #622-633 from 1990-1991. Continuity-wise there was nothing particularly noteworthy I could discern about these issues, but Caleb at Every Day Is Like Wednesday has a good run-down of the contents, with stories by John Ostrander and by Marv Wolfman and Peter Milligan with art by Jim Aparo. Issue #627 is a multi-story "anniversary" issue of Batman's 600th appearance in Detective.

Coming up in January, Batman: The Caped Crusader Vol. 6 is said to collect Batman #475-483, ending right where "Prelude to Knightfall" beings with Batman #484. The solicitation doesn’t say that’s the last Caped Crusasder book, but it seems like it would be. The comparable "Preludes" issue is Detective #654, so given about 10 issues a book, Dark Knight Detective probably has about two more volumes to go.

Sure this is a nice edition of Dark Victory and interesting here that the Batman: Long Halloween animated movie has now turned this into a brand (and a mouthful) — Batman: The Long Halloween: Dark Victory: The Deluxe Edition — but can we talk about there's a brand-new 48-page Long Halloween special?! At first I thought it was just a reprint of the first issue and I looked right past it. My memory's fuzzy but I feel sure there was still an unsolved mystery or two left in that story — I'm excited for this and for an excuse to re-read Long Halloween and Dark Victory in the process.

• Catwoman Vol. 5: Valley of the Shadow of Death

Post-Future State, collecting issues by Ram V and Fernando Blanco (previously said to be #29-33) in paperback.

In paperback, the 12-issue miniseries by G. Willow Wilson and Nick Robles. Surely we’ll see some new Sandman/Sandman Universe/Dreaming material in time for the TV show.

YA graphic novel by Claudia Gray and Eric Zawadzski. Hey, did you see CW Seed has both seasons of Krypton for streaming?

I just wish this was being released before the Future State collection, like the original publications, and not afterward (coming in November), though I imagine as close as DC can get this to the Black Adam movie, the better.

Robbie Thompson has done well on Teen Titans in partnership with Adam Glass; hopefully Suicide Squad gets a bump here just the same as Titans did. Certainly a Talon among the team, and Superboy Conner Kent, piques my interest. Previous solicitations said this included both Suicide Squad #1-6 and also Future State: Suicide Squad #1-2, but that’s not mentioned here. Red X from Teen Titans Academy is said to appear.

• Superman and the Authority

This seems pretty momentous given the writing power of Grant Morrison (on Superman, no less!) and the drawing power of Mikel Janin. And is that Kitty “Rampage” Faulkner as an OMAC? Sign me up. Collects the four-issue miniseries.

• Superman: The One Who Fell

Collects Action Comics #1029 and Superman #29-32 in paperback in November, the start of the new run by Phillip Kennedy Johnson and Scott Godlewski. Jon Kent is front and center there, which wouldn't be my choice — I'd as soon keep him in the future with the Legion of Super-Heroes and let Lois and Clark keep doing what they were doing — but my sense is consensus goes the other way.

I'm continually impressed with how versitile the Teen Titans Go! property is, and still going strong almost a decade after its premiere. It's not everyone's cup of tea but DC sure makes it work.

Paperback collecting the digital-first series with stories including Vixen and John Constantine, by Geoffrey Thorne and others.

From the 1950s and '60s, Wonder Woman #98-123, including apparently the introduction of "Wonder Tot" and appearances by Hippolyta. The solicitation says this is the first time some of these have been reprinted in color.