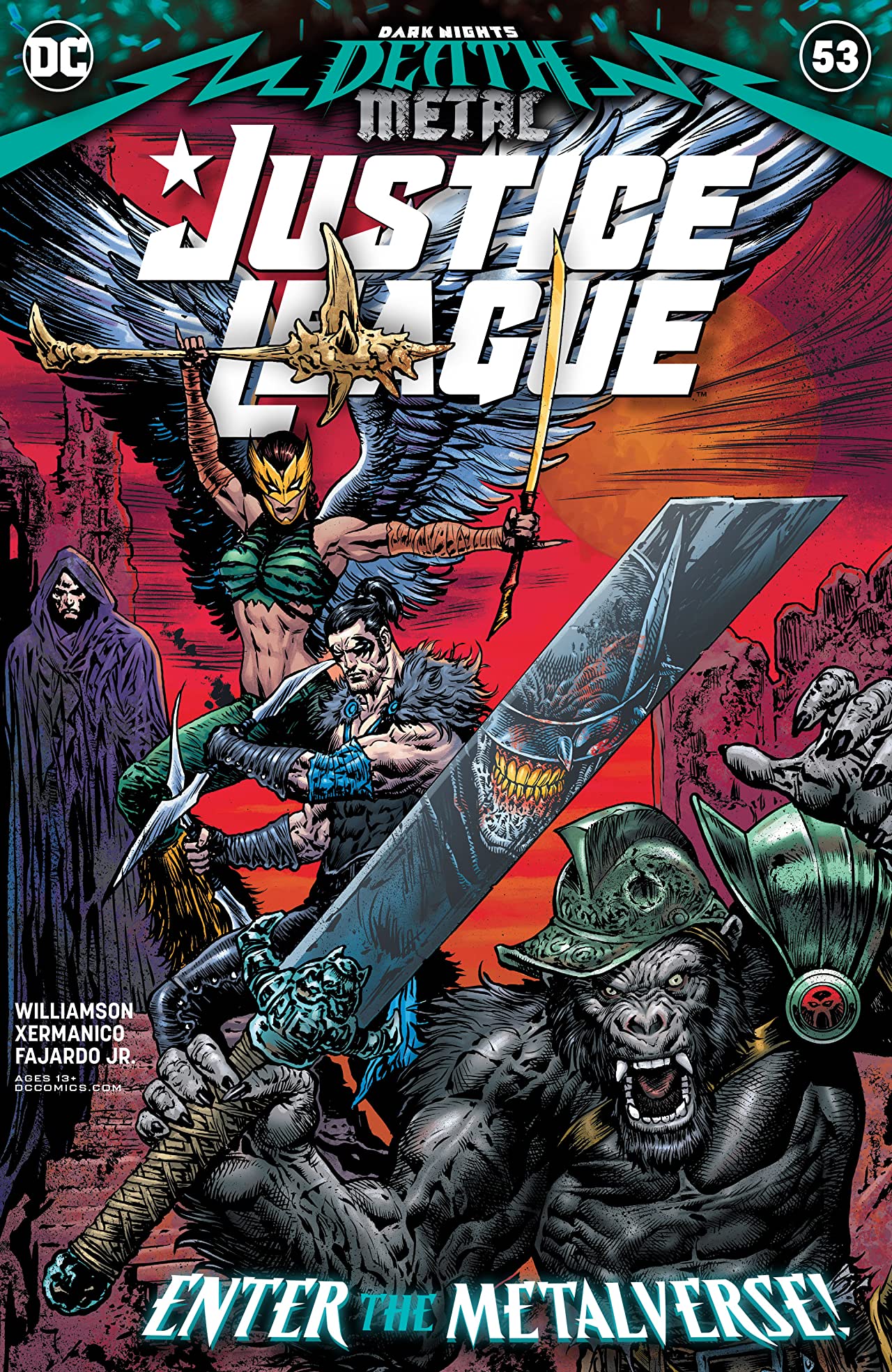 There are 13 Batman collections in the DC Comics August 2021 hardcover and trade paperback solicitations, plus at least three other “Batman-adjacent collections,” roughly a full third of DC’s output for that month.

An Officer and a Spy
Top Ten Feats of Small Business Owner…
Solving For “Why?”
Why the Riddler is such a good villai…
Sushant Singh Rajput was gearing up f…

That’s it, that’s all I wanted to say about that.

Y’know, this is better than the July 2021 solicitations in that at least we’ve got some regular-series material here, most notably Justice League: Death Metal, though arriving disturbingly later than the rest of the Death Metal trades. And then, as mentioned, Batman, both Batman Vol. 4: The Cowardly Lot (no longer, interestingly, listed as “Part 1” of that storyline) and Batman: Detective Comics Vol. 6: Road to Ruin (Peter Tomasi’s finale). And then of course also The Next Batman: Second Son, as we see Future State loom ever larger.

That is about it — I didn’t say it was an overwhelming month, just that it was more “whelming” than July. I’m curious about Batman: The World — having enjoyed a couple of Bat-special-anthologies lately, I’m curious to see what some international interpretations of Batman are like. And maybe I’m just eager to see Sandman on TV, but I’ve been thinking about picking up the Hill House books (solicited in paperback this month) for a dose of comics horror — anyone enjoy these? Any of them that were particularly any good?

So, a little more to discuss (are these really Batman’s “greatest mysteries”?), but I’ll go ahead and get to it now, and we can pick up in the comments. Enjoy!

Paperback collection of the seven-issue miniseries by Joe Hill and Leomacs, following the hardcover.

Said to collect Batman #1 and #355 (original series, first appearance and a well-regarded issue from the 1980s), Catwoman #1–4 (four-issue late-1980s mini by Mindy Newell, following Batman: Year One and often collected as Catwoman: Her Sister’s Keeper), Catwoman (1993) #54 (by Devin Grayson and Jim Balent, published in 1998, which has been reprinted before), Catwoman #25 (New 52 “Zero Year” issue), Catwoman Secret Files #1 (from the Ed Brubaker run; if I had to guess, it’s either “The Many Lives of Selina Kyle” or “Why Holly Isn’t Dead”), Superman’s Girlfriend Lois Lane #70–71 (hypnotized Lois becomes Catwoman’s partner and Superman is transformed into a cat[?!], from the 1960s). No longer listed in the solicitation, but mentioned before, was the Catwoman entry from Who’s Who Update '87#2.

• Batman in the Fifties

Hardcover by James Tynion and Jorge Jimenez. This solicitation doesn’t have issue numbers, but earlier it was Batman #106-111, plus apparently some/all of Infinite Frontier #1 (and not Infinite Frontier #0, unless that was a misprint).

Another deluxe-size collection of the story by Grant Morrison and Dave McKean; notably we also saw a recent 25th anniversary deluxe edition.

• Batman: Curse of the White Knight

Peter Tomasi's final Detective Comics collection (and the final collection before Future State and Mariko Tamaki's run); this is issues #1028-1033, seeing Damian Wayne return to the title. In hardcover (previously listed as paperback) in October.

I’m not super-impressed with the contents of this trade, if this is what they turn out to be:

New hardcover printing of the graphic novel by Lee Bermejo.

Deluxe edition of the 13-issue miniseries by Jeph Loeb and Tim Sale, along with behind-the-scenes material.

Hardcover, so I guess we call this a trade, coming in September. 160-page book featuring stories from creators across the world; the U.S.-associated team is Brian Azzarello and Lee Bermejo.

One does wonder what effect (the very endearing) Ryan Wilder on TV will eventually have on the DC Universe’s own Kate Kane.

• Birds of Prey: Fighters by Trade

Collects Gail Simone's Birds of Prey #81-91, so spanning the Battle Within and Perfect Pitch trades. That issue #91 is by Jim Alexander, Brad Walker, and Jimmy Palmiotti and I don't believe it’s been collected before.

• The Books of Magic Omnibus Vol. 2 (The Sandman Universe Classics)

Second omnibus by Peter Gross, including Books of Magic #33-75, Books of Magic Annuals #1-3, Books of Faerie #1-3, Vertigo: Winter’s Edge #1-3, Hellblazer/Books of Magic #1-2, and Books of Faerie: Molly’s Story #1-4. Mentioned in a previous solicitation, but not here, was Vertigo Secret Files: Hellblazer #1. Should have a new foreword by John Ney Rieber and a new introduction by Gross, too. I wouldn't mind seeing these as a set of more affordably priced paperbacks.

Paperback of the six-issue Hill House miniseries by Larua Marks and Kelley Jones, following the hardcover.

Issues #1-6 by Mike Carey and Peter Gross in paperback, following the hardcover.

Box set including Basketful of Heads, Low, Low Woods, Dollhouse Family, Daphne Byrne, Plunge, and Sea Dogs, in paperback. Now if DC could find a way to release all of these in one volume sans box, I might pick it up.

Justice League #53–57 by Joshua Williamson and Xermanico and others, tying of course into Death Metal and being the final storyline before “Endless Winter,” Future State, and the Brian Michael Bendis run of the title. Coming in September in paperback, well after the rest of the other Death Metal material.

• The Next Batman: Second Son

In hardcover, collecting the digital series by John Ridley and Tony Akins, spinning out of (into?) Future State.

Six-issue miniseries by Joe Hill and Stuart Immonen, in paperback following the hardcover.

Box set of six Alan Moore Swamp Thing collections. Not sure if these are hardcover or paperback but I’m pretty sure they won’t use the infamous sticky glossy covers.

DC’s solicitation describes the Superman: The Wedding Album deluxe edition that’s already been solicited. There was earlier a listing for a fourth Superman: The Man of Steel volume, so I’m assuming this is that. That book was said to collect Superman #16-22, Adventures of Superman #439-444, Action Comics #598-600, and the Superman Annual #2. I imagine it should also have the crossover issue Doom Patrol #10, which was included in the original Man of Steel paperbacks.

Notably Superman #22 is where John Byrne's run ended, as well as the original Man of Steel paperbacks — whether these books continue on from here or not would really be telling.

The first 12 issues of the New 52 series by Brian Azzarello and Cliff Chiang. We have also already seen this reprinted as an Absolute.

This was a kind-of notable post-Infinite Crisis Wonder Woman story which, as its main claim to fame, brought some of the super spy Diana Prince trappings back to Wonder Woman, but all of that was short-lived. To be sure, DC's draw for reprinting this now is that writer Allan Heinberg also wrote the screenplay for the first recent Wonder Woman movie. Collects Wonder Woman #1-4 and the Wonder Woman Annual #1 of that era.

This post first appeared on Collected Editions | Blog, Collected Comics Review, please read the originial post: here
People also like
An Officer and a Spy
Top Ten Feats of Small Business Owner Superheroes!
Solving For “Why?”
Why the Riddler is such a good villain for The Batman film
Sushant Singh Rajput was gearing up for a winter wedding this year, reveals his cousin : Bollywood News
Digital innovations sustain Holcim customer engagement, service amid COVID-19
Cassper Nyovest – Harambe (HHP Cover)