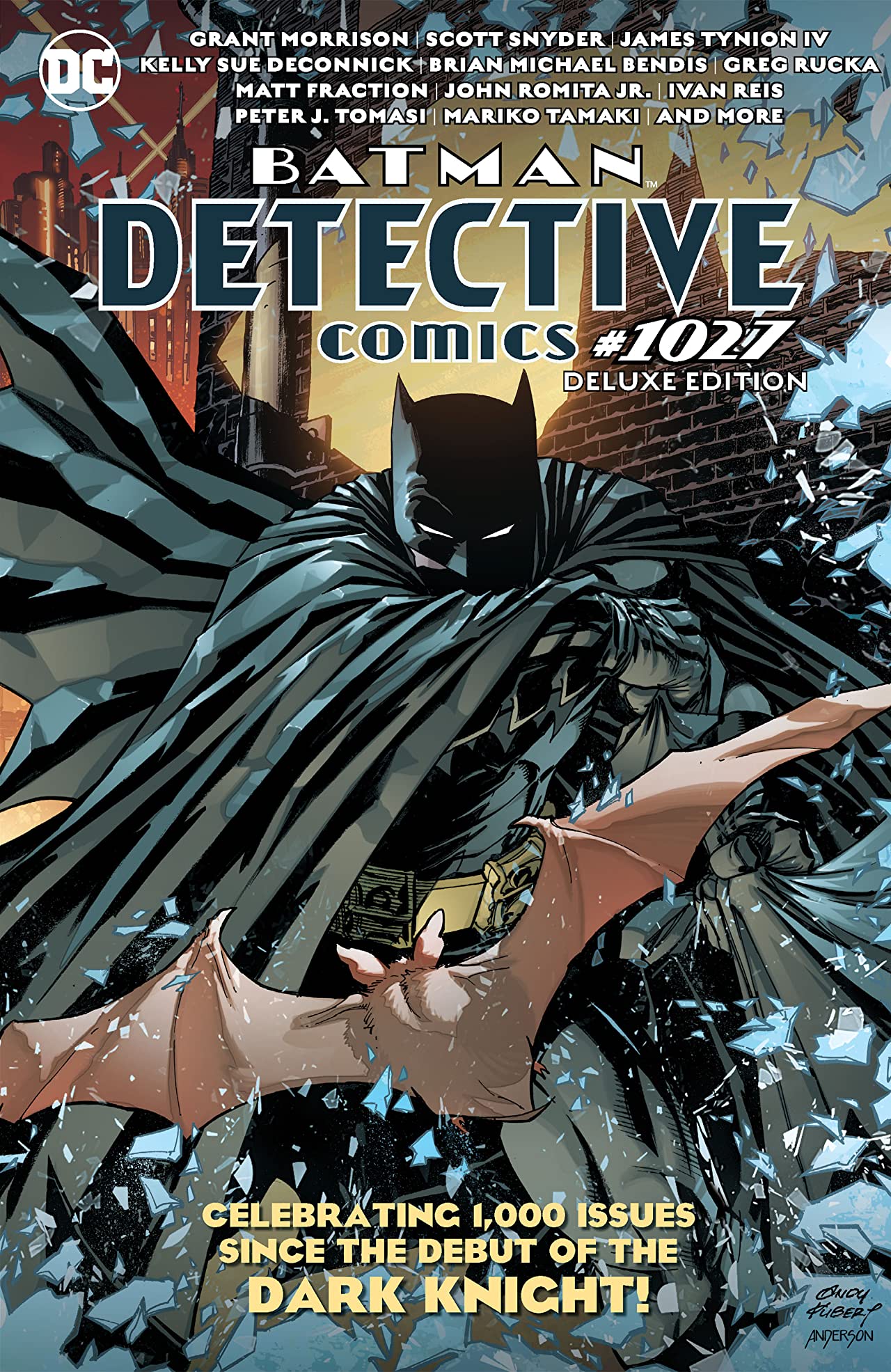 Overall I liked Detective #1027, and better I’d say than the similar Detective Comics #1000 and Action Comics #1000 books that preceded it. The Batman: 80 Years of the Bat-Family collection of specials was also a relative uptick in quality. That suggests to me that as this “special season” has gone on and the same writers (lamentably, without much diversity) have written their ultimate and now ultimate-ultimate take on the Batman characters, some of the pressure has faded and the stories are coming more naturally. As with Detective #1000, I was pleased to see an emphasis here more on the “knight” than on the “dark,” but also that the stories were more functional and less lofty, but by no means less effective.

My favorite of this volume is a toss-up, but probably eventually I have to give it to Tom King’s “Legacy,” teaming him with Walt Simonson. King again ventures into the future territory of his Batman and Batman/Catwoman run (possibly this even lines up with King’s other depictions of Bruce Wayne’s death), though one doesn’t need to know about that to enjoy this. Dr. Phosphorous kills Batman as Batman grants Phosphorous a new lease on life, a deceptively simple trade depicted in Simonson’s broad, deceptively simple style. Here King gets to the heart of the best conceptions of Batman’s heroism, an “every life is sacred” aesthetic at odds with the popular “I won’t kill you, but I don’t have to save you” one.

Compare King’s “Legacy” to his “Batman’s Greatest Case” in Detective #1000, an overly talky piece that served mainly to frame a Tony Daniel spread of the Bat-family; “Case” feels a gimmick, while “Legacy” is a story. Similarly, though in reverse, Brian Michael Bendis' Detective Comics #1000 story “I Know” had a lot of machismo but wasn’t particularly affecting; his “The Master Class” in Detective #1027, another of my favorites, is a Bat-family story that’s actually a story, talky but without feeling crowded, and that gets to Batman’s affection for his protégées in a way that feels natural and not forced. (Also I’d read David Marquez drawing just about anything.)

A third favorite is Scott Snyder and Ivan Reis' “As Always.” There’s a danger in setting these anniversary stories too distinctly in the trappings of here and now, as they won’t age well, but I have to say I love the extent to which the team goes for it, from appearances by Snyder’s Justice League to the contemporary Justice League Dark and even Supergirl and Superboy Jon Kent. The real triumph however is Snyder’s craggy Jim Gordon narration that practically sings, an everyman description of preternatural events, and all the love in Gordon’s voice when he dubs Batman a “bastard” for his effortless way of saving the day. And again, compare to Snyder’s Detective #1000 story, “Batman’s Longest Case,” too tied up in the trappings of Dark Nights: Metal and more tribute piece than actual story.

Among other good ones, Riley Rossmo drawing Deadman (alongside James Tynion) makes me think Rossmo needs a Deadman miniseries right away (if not also a venue to draw his diminutive, wobbly Robin Dick Grayson). Greg Rucka and Eduardo Risso’s “Rookie” puts Rucka in his street-level GCPD territory again and allows for a Renee Montoya/Crispus Allen cameo. And Matt Fraction and Chip Zdarksky’s Joker story “Many Happy Returns” was so good that I thought (strange as this may sound) it was done by a team that writes Batman more often — even hoped it was Tynion or King or someone, such that this idea that the Joker sends Batman a birthday present every month(!) might pass into canon.

Of those I was less impressed with, Peter Tomasi has another in the manner of his Action and Detective #1000 stories that’s mostly splash pages with narration fitted to match, where the rhythm of the narration never quite works (though I can’t quibble with Brad Walker’s artwork). On the whole I did like Kelly Sue DeConnick and John Romita’s Bruce Wayne-focused “Fore,” though some of the eccentrices in Romita’s work — like futuristic floating umbrellas — left me initially confused when the story was supposed to be taking place.

I do appreciate that Batman: Detective Comics #1027 Deluxe Edition contains a “Joker War” story; I’d much rather these “issue anniversary” tomes (see also Wonder Woman #750 and Flash #750) be tied to the ongoing stories than “drop everything” anniversary issues. I’m curious about Mariko Tamaki’s story, which near as I can tell from upcoming solicitations seems to lead in to Peter Tomasi’s final Detective volume; I wonder here if Tamaki is simply writing “for hire” a story for Tomasi’s run unconnected to her own, or rather if Tamaki is starting to set up her run now and the end of Tomasi’s run will be part of the same. Neither here nor there; just curious how it’ll shake out.