For all that I wanted to go travelling alone and prove myself a little in the big wide world, the past few days have been more of a throwback than anything. A bizarre mix of the joys and challenges of primary school and recollections of my time in South America last year.

CBD 2020: What to Expect + Our Top Pr…
Expansion of Fed’s Balance Sheet coul…
‘A Pound for a Poo’ in Stratford upon…
Remembrance Day, as Seen Through the …
Upcoming Winter Season Happenings
It was definitely the excitement of the (super enormous) A380 jet that got me through the eleven hour flight from Frankfurt to Houston sat between two babies. As I completed the 25 hour journey to San José, Costa Rica, I was delighted to have another stamp punched onto my passport. Perhaps it was the kamikazi style driving of the taxi driver (flying through junctions with a mere toot of the horn as a warning to any potential collision vehicle) that caused memories and feelings from last year to flood back. The sights of the barred up houses, the sounds of the constantly irritated traffic, the foreign smells. Very quickly I felt weirdly comfortable in this Latin American city, almost as if I had just flown in from Lima, where I left off my travels last year. I'm back on the travellers circuit and excited to be here but as I hit the pillow, following a rather lengthened first day going solo, relief was definitely the overriding emotion.
Monday came with a fresh set of challenges and I relived the ten year old endeavour of "going to town" as I navigated to the other side of the city and back... to get a bus ticket. I'm sure dad was thrilled to receive a late evening phone call from his daughter, in a shopping mall in Central America, asking for him to find the tiny note with her PIN number on- all going well. I did rather enjoy my venture on the classically rickety bus, dodging the multitude of banana stalls and negotiating with the, at times, rather hap hazard traffic system. San José is a profoundly underwhelming city for the outsider and I did about as little "in town" as I did when I was ten.
Having travelled nearly 13,000 kilometres on buses, taxis, trains and planes, I arrived safely in the lush village of Las Quebradas, tucked into the hills of Southern Costa Rica. I've found a home in a charming little green house at the bottom of a long line of a vibrant assortment of houses. My host family, are clearly veterans at the practice and have many a tale to tell about their experiences with the "extranjeros". They're kind and caring people (and have a super cute baby puppy) and I am grateful to be able to join their home.
School bag in hand she leaves home in the early morning... It was exciting to wind up the steep hill for nearly an hour in order to reach my project. I hadn't fully appreciated the beauty where I find myself until I set off in the morning sun. The variety of all aspects of "the commute" makes it so special from the colour of the house to the shape of the ferns- I returned home with a lot of photos to edit!
Up 1124 meters in the mountains and out of sight of any other human development is FUDEBIOL, the biological reserve where I will be working. A little haven complete with a medical garden, meditation zone and trails crossing waterfalls winding all over the hill. I can't say that the grainy black and white pictures that I had seen of the reserve had particularly enthused about this project but I was very pleasantly surprised upon my arrival! Equally, having been told that I would be on my own until late July, I was delighted to be introduced to a lovely French girl, with whom I will work with. New school with a new class, when all goes well, everyone begins to relax.
The typically friendly "Tico" (Costa Rican) leader of the project set us to work and we spent the day scrubbing bridges and the hours of my childhood that I spent at the arts and crafts table shined through as we cut up cans to make signs. It's not life changing or life saving work but there is much more to this project that the physical work that we do. The reserve has all sorts of quirky initiatives and projects on the go and we are joining a wide network in international and national volunteers, a few extremely dedicated Ticos and the community of Quebradas.
Finishing the day with a walk up, deeper into the rainforest could have been incredible however, having reached the top (after a testingly sweaty ascent) we were met by cloud and nothing more... Hardly surprising given we're in the rainforest! And with that I walked home for an hour, exhausted but exhilarated and excited for what lies ahead in this month.
It's early but I have arrived, found my home for the next month and been set to work. As everyone that I have spoken to says, Costa Rica really is an amazing country. The biodiversity and beautiful landscapes are stunning and the Ticos are so friendly and keen to help. There is lots to see, lots to do and even more to say. Hasta pronto amigos. 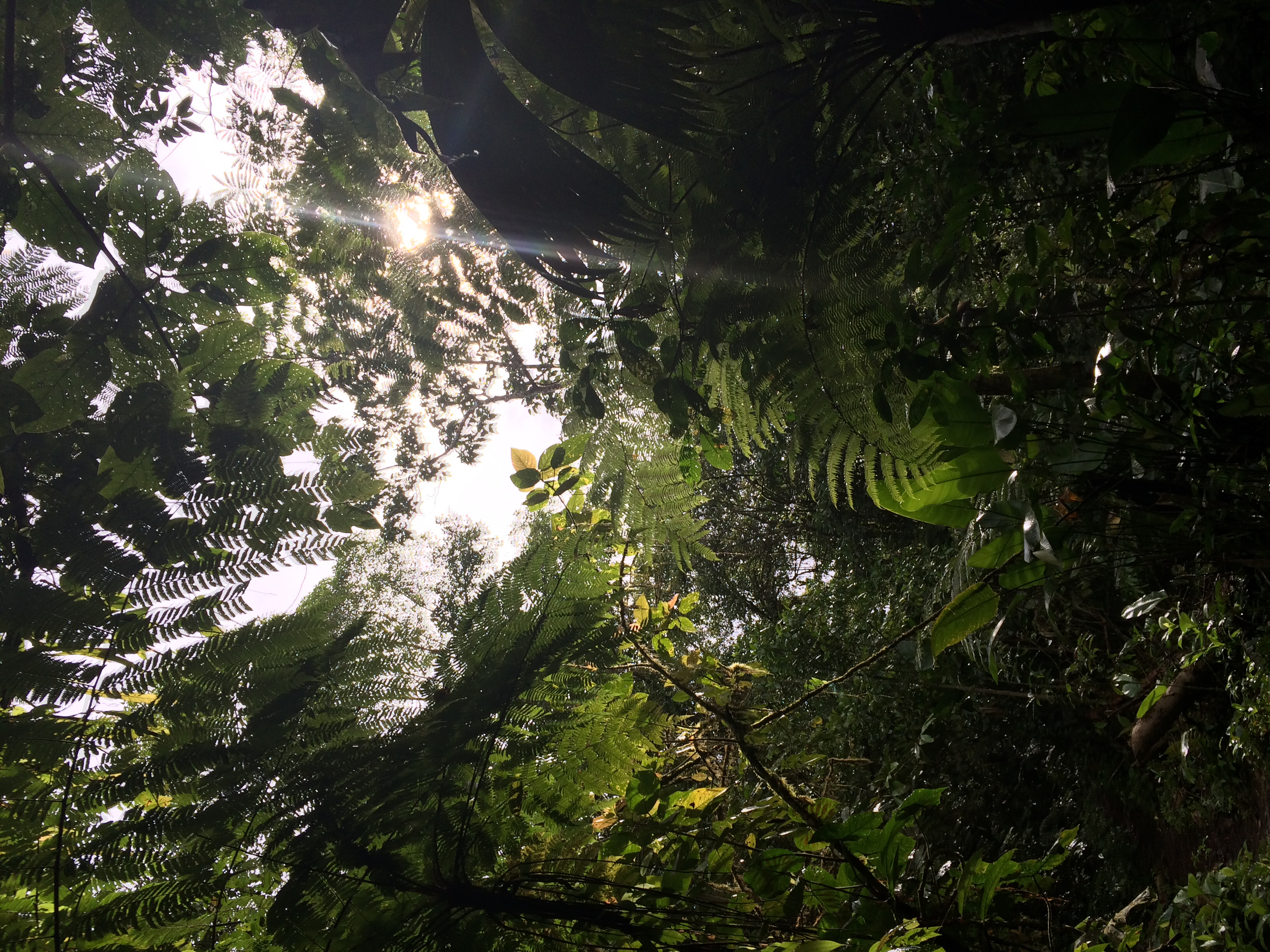 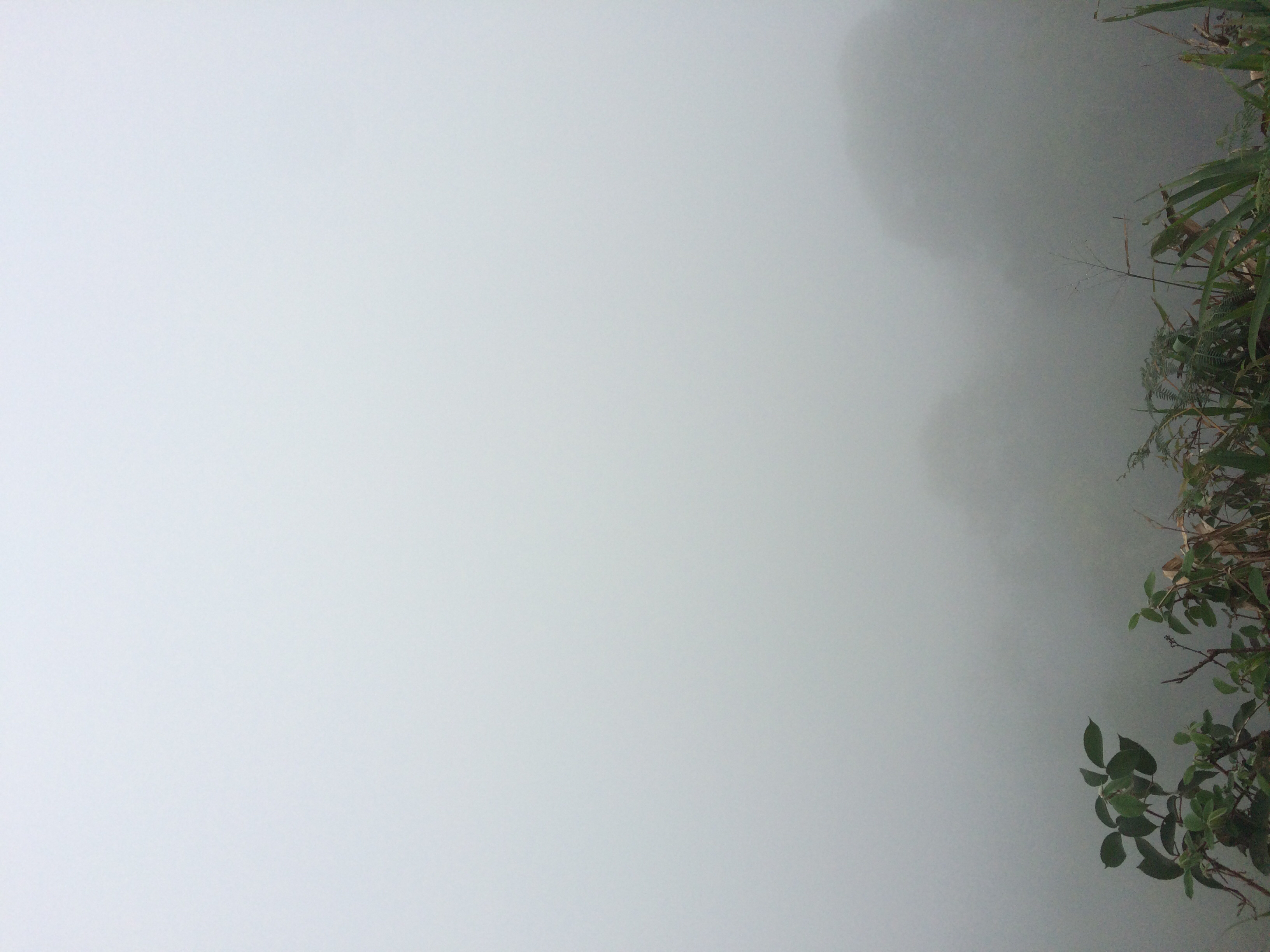 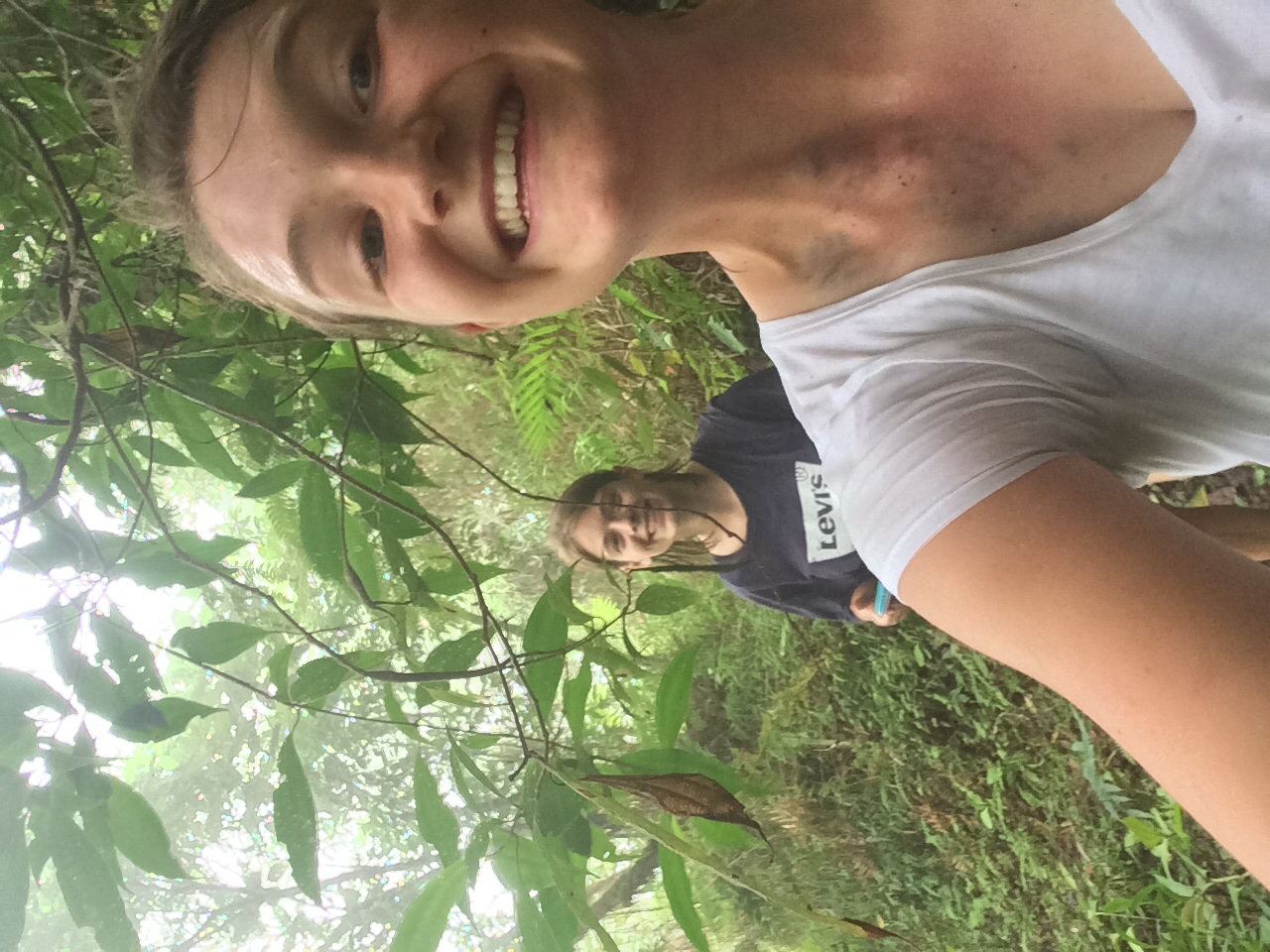 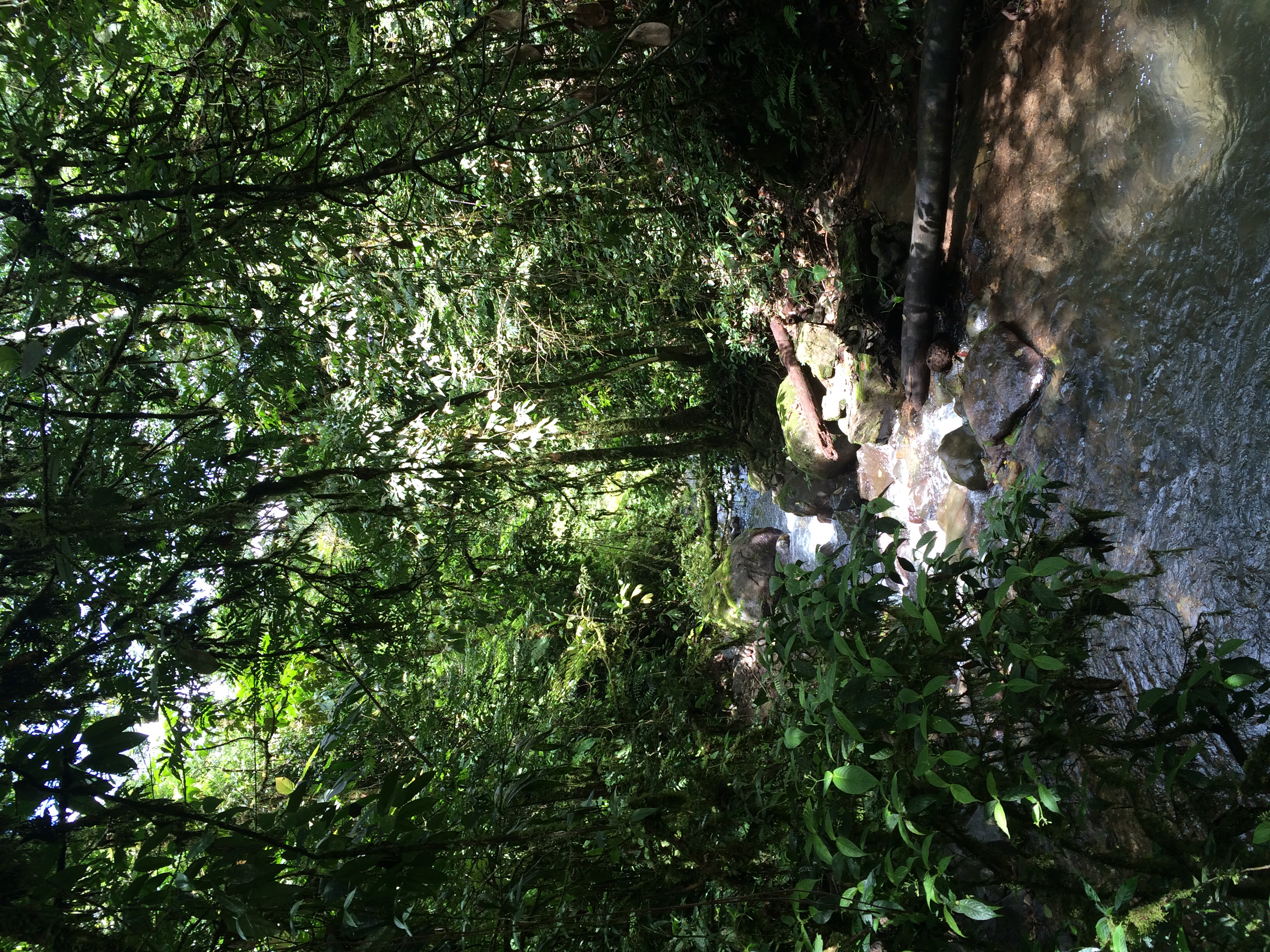 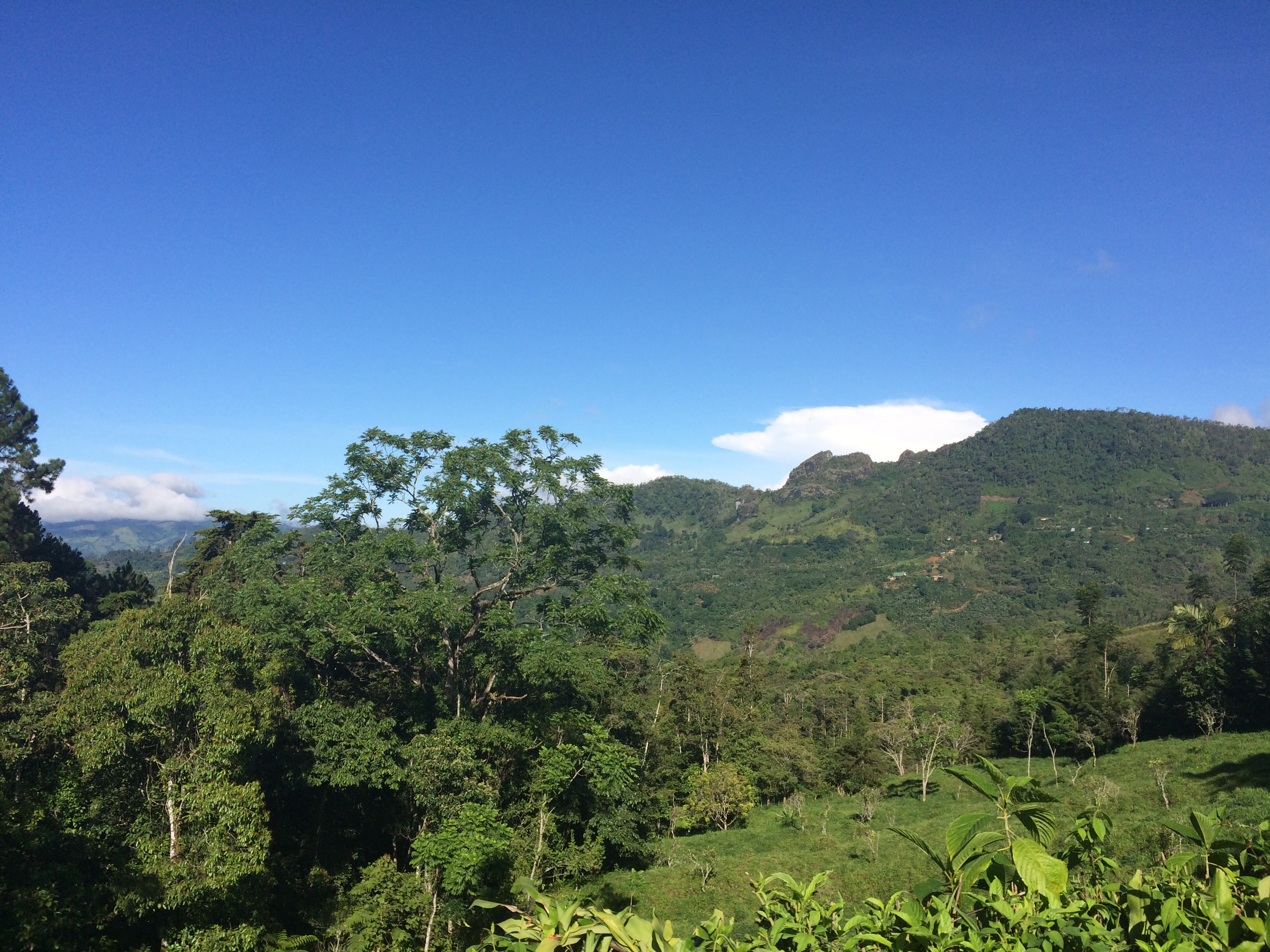 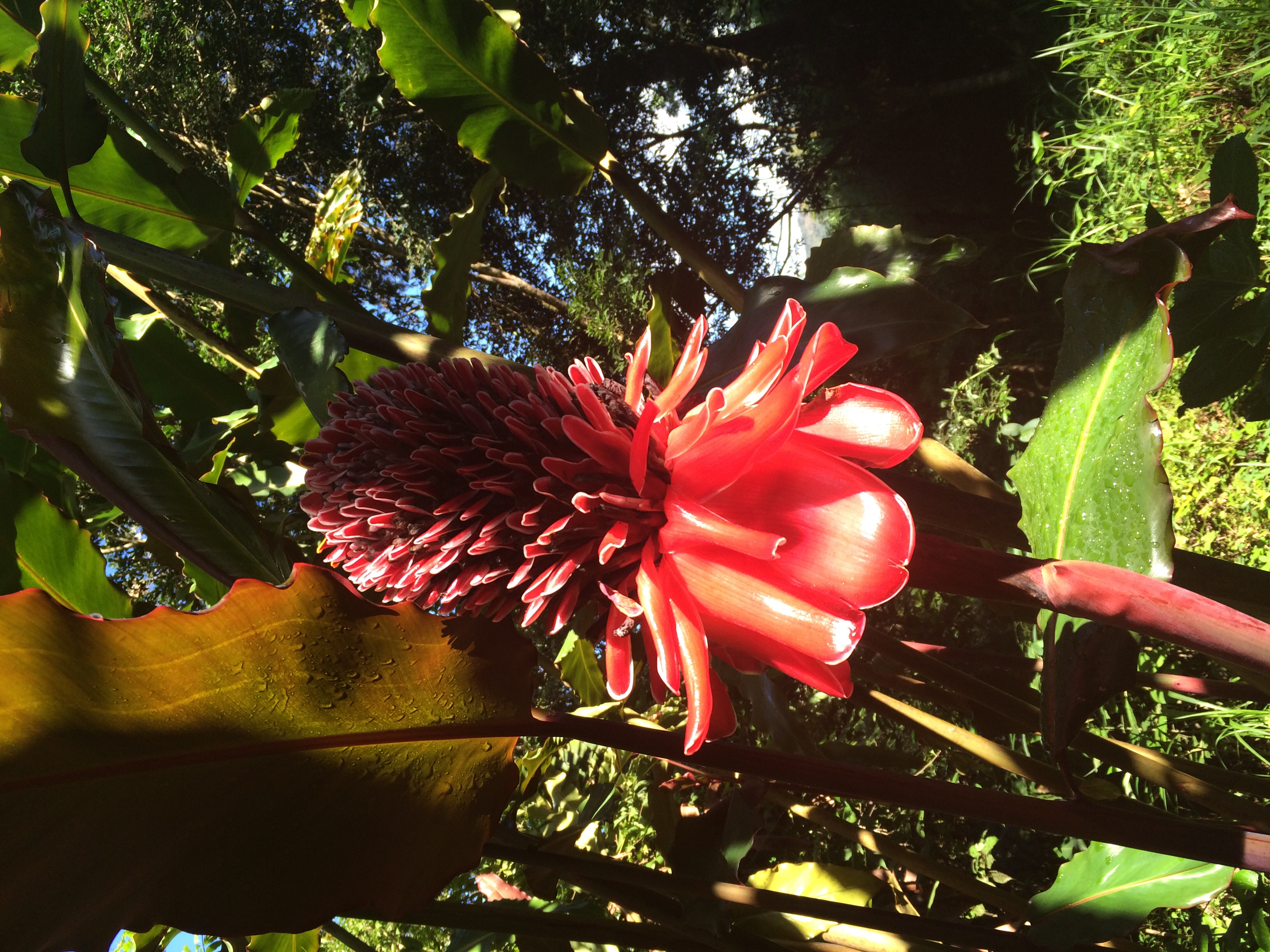