Hold the Line, Patriots! Q and Trump Have NOT Let us Down! 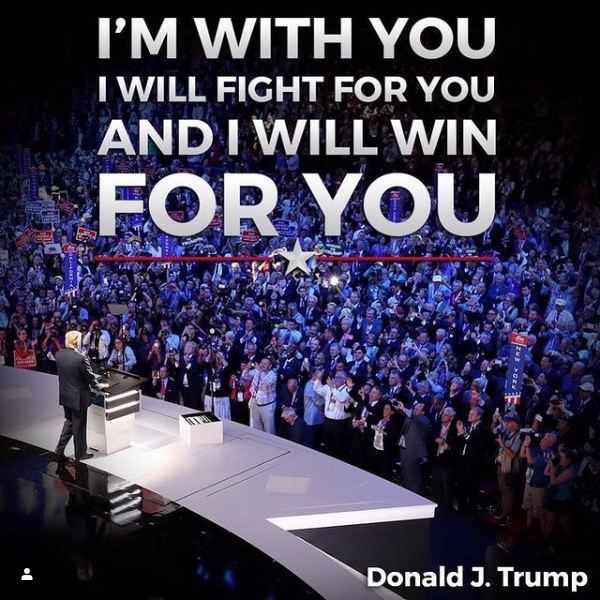 Wouldn't it have been great theater if Biden and his evil ilk had been swooped upon and arrested yesterday on the dais????

But what actually made you think it would happen at that exact moment?

That's the question I asked myself and, for the life of me, I couldn't come up with an answer except, "Aw, that would've been so cool!"

Salir del Ropero: una película lésbic…
Market gapped down on Covid fear, new…
When You and Your Best Friend Had an …
Green Card Denials Increase Substanti…
5 Reasons LinkedIn Networking is More…
Q never promised it. President Trump never promised it. What he always said, per Sun Tzu, was never tell the enemy when nor how nor where you plan to strike. Remember!?!

Franky, if I were President Trump watching patriots falling away by the droves, cussing out Q for having led them down the primrose path, I'd consider chucking this country and moving to Scotland.

We can't even stick with him and trust him for 12 hours. We've forgotten that we are the people of Washington, Jefferson and Lincoln. That our ancestors gave up everything and traveled across oceans for a better life carved out of rugged wilderness. We are the descended from Pilgrims, from the men at Valley Forge whose feet left bloody footprints in the snow.

But we, if we don't get what we imagined now, now, NOW...we give up. Pathetic!

There's a famous story about General Washington (that Google won't let me find to verify.) If memory serves, General Washington's troops hesitated and drew back during a critical juncture in a Revolutionary War battle. Furious, he rode among the ranks, beating his own men with the flat of his sword and shouting, "My God! Is this the army I've been given."

Chastened, the troops remembered that they were Americans and charged forward. Yesterday, there were plenty of quitters on Twitter that President Trump would've struck with the flat of his sword, if he had one. General Patton would've slapped them across the face! All we were asked to do was to trust The Plan, stay home and eat popcorn and we've grown so soft, some part-time Patriots can't even do that. Dear God in Heaven, is this what we've come to!?!

The Twitter Quitters are not the America nor the Americans I know and love. NO! We hang tough and we don't commit treason. And in my book, speaking the words "President" and "Bi..Bid"...nope, I can't do it. Putting those two words together is a kind of treason too. I won't do it!

Nancy Pelosi promised that Biden would be inaugurated, come what may, and by George! She delivered. It was a shadow. A pathetic event that reminded everyone more of a funeral.

As I've said for a week, "POLITICAL PAGEANTRY DOES NOT A PRESIDENT MAKE." But it does complete the crime of High Treason so you can deal with the criminal.

More and more info is dribbling out. Even those "in the know" are learning. Q holds his cards close to his chest. We thought he showed them all. He did not!

As I understand it, under Section 11.3 in military code, it is the Military's duty to restore our civilian government when it has been usurped. They don't have to announce it either. They just do it. Think 65,000 troops and millions of pounds of equipment quietly and peacefully surrounding Biden's golden prison: Washington D. C.

Incredulous?? Then ask yourself why that was the sloppiest Honor Guard at the so-called "inauguration." My husband was chosen for Honor Guard in Fort Benning and he was giggling 17 ways from Sunday watching yesterday's Honor Guard with their sloppy performance and costumes. Yes, costumes. Those were not their dress uniforms. They were silently screaming, "Not our Commander-in-Chief. Not ever."

And if that isn't enough for you, watch the National Guard turn their backs, slouch and refuse to salute the motorcade. Again, screaming, "Not our Commander-in-Chief."

"There are more things in Heaven and Earth, Horatio, than are dreamt of in your philosophy." Shakespeare wrote those words and they're absolutely apropos now.

Wait. Have a little faith. Nothing good that ever happened in this world came easily nor quickly. These are charted but unsailed waters. Just because "it's never happened before" doesn't mean it can't happen now.

And the return of our Republic, with or without the physical White House, can happen too.

So have a little faith in the man who wrote The Art of the Comeback and in our brave, loyal and patriotic men and women in uniform. Ask yourself: "Has President Trump ever lied to us???"

I can't think of one lie.

He said he would back.

Therefore, he will be back!

Think logically, Patriots, and have faith!

Hold the Line, Patriots! Q and Trump Have NOT Let us Down!