The curious legal case of "hyperandrogenism"

Tags: female women testosterone lean body mass sport woman gender female athletes endogenous testosterone male
August 2nd 2015
View original
The Lausanne based Court of Arbitration for Sports recently partially upheld Indian sprinter Dutee Chand’s appeal against the Athletic Federation of India’s decision to bar her from participating in any future sporting events on grounds of hyperandrogenism  (a condition with Testosterone higher than normal range defined for Women by the International Association of Athletic Federations). She filed the appeal in the highest sports authority after taking a firm stance that since these hormone levels was what she was born with naturally, she should get the right to compete in the women’s category without undergoing medicinal or surgical treatment to suppress hormones that’s posed as the only way out to save her sporting career. With great quality of arguments put forth by both sides, what deserves attention in the analysis of this landmark verdict is the complexity in the segregation of “men” and “women” in competitive sports. With no clear scientific markers defining “what makes a woman a woman”, the verdict has just put a lid on the Pandora’s box with the search for the lock still on. 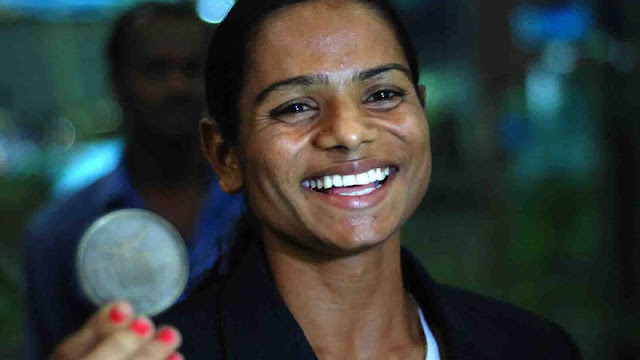 Hyperandrogenism regulations introduced by the IAAF in 2011 are probably the only policy in the sporting world that prohibits an athlete from participating on account of a naturally occurring phenomenon i.e. the excess of Endogenous Testosterone. Before debating on the fairness of these, it is important to understand the logic behind the introduction of these regulations in the first place. It is a well-accepted fact that in order to encourage the participation of women in sports, it was imperative to separate the men and women categories. On account of greater Lean Body Mass, men possess an inherent advantage in sports performance that can be scientifically proven by the margins of records held by both categories in track and field sporting events.

So the task in hand for sporting authorities was to establish a marker that distinguishes the “men” and “women” categories so that a balance between fair play and non-discrimination is maintained. But the paranoia of men masquerading as women has been historically subjecting “suspicious” athletes to Gender verification tests that have a very nasty history. Started in 1936, this testing became compulsory in 1966 Olympics where Female athletes were required to drop their pants for inspection of their genitalia. The outrage over this humiliation made them shift to Barr test that checked chromosomes (XX for females, XY for males) which later on was found to be not substantial enough to verify sex and had to be dropped by 1990. The latest attempt was the framing of the “hyperandrogenism policy” which relies on the logic that the different levels of testosterone produced by men and women determine the vast difference in performance. Hence any woman who is found to have endogenous testosterone beyond “normal range” (>10 nanomoles/litre of blood) was barred from competing so that she didn’t have an unfair advantage over others.

There have been multiple instances of barring due to “hyperandrogenism” but so far no one had thought of putting up a battle against it. In order to save themselves from the humiliation of their gender being questioned in personal and professional life and jeopardizing their careers, they chose to quietly go under the knife for corrective surgery to not only suppress the excess hormones but also look more “feminine”. But this was to change by an Indian sprinter named Dutee Chand. Though from a humble origin of a weaver’s family in Gopalpur (Odisha), her stellar career record and spirit to fight for her right to compete as she naturally is, proves that she is no ordinary 19 year old.

The case in itself had many premises. The first one was discrimination. The court acknowledged that these regulations are prima facie discriminatory since they only deal with excess of natural testosterone found in women and not men. Also they place restrictions on the participation of female candidates due to a natural characteristic which is in contravention to the “non-discriminatory” stance in the Olympic charter, IAAF Convention and laws of the Monaco. These are the highest prevailing laws capturing the essence of sport being open to all and had previously upheld Oscar Pistorius’s right to compete with prosthetics on the same grounds.


The second one was the scientific basis of the regulations. There has been a lot of debate on a) whether testosterones singularly determine the performance difference between male and females or are there other factors too like growth hormones, genetic variations etc b) research that proves the overlap of endogenous testosterone levels between elite male and Female Athletes thus questioning the limit of 10 nanomoles per liter set as normal range for women c) research that proves the extent of unfair advantage that this gives to female candidates. The IAAF claimed to the court that hyperandrogenic conditions show up at a rate of only 1 in 20,000 women in the general population but at a rate of 142 in 20,000 elite female athletes. This, they insisted, proves how much of an edge these hormones give. But the court was not persuaded by the IAAF's data. The court acknowledged that testosterone is a key causative factor in determining the lean body mass, the variation of which is responsible for 10-12% difference in performance between men and women. However the basis of these regulations is that the females with excess of testosterone and sensitivity to it have the same competitive advantage over other females that males would have over females. But this basis is not backed by scientific evidence. Even if these hormones do provide an advantage, there is no sufficient proof that it is any more than advantage offered by other factors like nutrition, access to specialized training or genetic and biological variability.


The beauty of the judgment lies in the observations that give us ample space to think. If a female with high testosterone levels and sensitivity to it is barred from participating, she cannot even be asked to participate in the male category since that is not the gender she identifies with. There is a rare possibility of the intersex athletes or ones with a sexual dysfunction to participate in a separate category created since this may not be backed by legal recognition of a “third gender” in home countries and also may lead to social ostracization. Divisions basis skill level rather than gender will be even more arbitrary. So it may be concluded that gender based categorization of sporting events is logical. What warrants attention is that gender is a psycho-sexual construct and that nature doesn’t provide strict compartments for men and women. Shouldn’t the gender that one identifies with be enough? Are we ready to cause further discrimination and humiliation to the athletes just because we find it plausible that a man may be posing as a woman both on and off the field?


The next question obviously is the fairness of allowing anyone who identifies with being a woman to participate as a woman. The answer to this is another question- do we have the competence to decide what makes a woman a woman? Just because someone’s chromosome wiring ended up giving her internal testes or deformed genitalia or a genetic/biological make up that gives her a broad structure, less prominent breasts or not a soft face doesn’t mean that she isn’t a woman. If she stands out being different from other women, why shouldn’t it be treated as an innate trait which makes her special as the other athletic champions we celebrate?

Michael Phelps suffers from a rare genetic disorder called Marfan’s syndrome that gives him hyperflexibility and also has high lactate tolerance that keeps him going when others stop due to muscular acidosis. Finnish skiing champion,  Eero Mäntyranta, has a mutation in a gene that increases his oxygen carrying capacity by 25-50%. Usain Bolt’s spectacular long legs make him complete 100m in 41 strides. These outliers are household names not just because of their congenital abilities but the ascetic focus sports had in their lives.


Dutee can run, for now. But with the onus now on the IAAF to either gather sufficient evidence to back that hyperandrogenism indeed creates an uneven playing field or find yet another scientific dividing line between male and female categories, we may just end up in the murky waters that we wished to escape from.  It can only be hoped that sport authorities (AFI and SAI) and media back home have understood the importance of handling such issues in a responsible and sensitive manner. As for the “aam aadmi”, hopefully better sense prevails and time wisely used in enjoying the upcoming US open with a cuppa, raving about Serena William’s performance than stereotyping her as one with the “built of a man”.


This article was originally published in the Political Indian (02.08.2015)

Quick Tips To Talk Yourself Down From…
Can CBD Be Used to Fight Coronavirus …
Exhibit D: Lipstick and rifles--Ukra…
Depression isn’t always depressing.
صفات يحبها الرجل في المرأة
Your feedback is important. Please do comment.

The curious legal case of "hyperandrogenism"