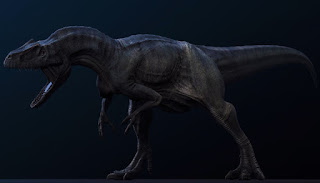 Paleoartist - Uenom
This genus is based on what is now AMNH 5767, parts of three vertebrae, a coracoid, and a metatarsal. Although Cope thought it was a sauropod, it was later shown to be a theropod. Gregory S. Paul reassessed the material as pertaining to a large species of Allosaurus in 1988 (which he classified asAllosaurus amplexus). Other authors have gone further and considered E. amplexus as simply a large individual of Allosaurus fragilis. In 2010, Gregory S. Paul and Kenneth Carpenter noted that the E. amplexus specimen comes from higher in the Morrison Formation than the type specimen of Allosaurus fragilis, and is therefore "probably a different taxon". They also considered its holotype specimen not diagnostic and classified it as a nomen dubium.

What is Conversion Tracking? How to S…
A Comparison of the Environmental Imp…
Top Extracts Kratom Review
Grayscale Investments Announces the G…
Common ENT Problems And The Solutions…