Hello, readers! How is your days? I hope it is good ;)
Do you like watching F1 or Moto GP? It must be held on the circuit, mustn't it? Like Monza, Suzuka, or Yas Marina. Based on Wikipedia, Circuit is a common abbreviation for racetrack, given the usual circuitous configuration of most race tracks, allowing races to occur over several laps.

First, we will discuss about Monza.

Autodromo Nazionale Monza is a circuit that located in Monza, Milan, Italy. This circuit has a length of 5.793 km. This circuit has many fast curve, like Curva Grande, Curva di Lesmo, Variante Ascari, and the last bend Curva Parabolica. Do you know? This circuit is the of the fastest circuit in F1 Grand Prix. And, i think this circuit are like boots. :) Next is Shizuka. Shizuka is the circuit that located in Suzuka City, Mie Prefecture, Japan. It designed by John Hugenholtz for Honda test track. It is 5.451 km in long. Suzuka is famous for it's crossover that means it has  the back straight passing over the front section. Suzuka has 18 bends, 8 to the left and 10 to the right. Suzuka is also famous for many challenging bends, like 'S' Curves that consists of 4 bends. The driver should drive fast and very careful in this circuit. Good job, John! ;) 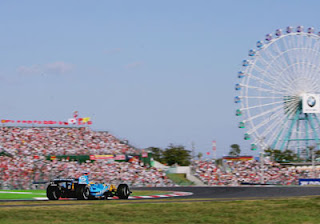 A Renault's car on Suzuka circuit with the giant ferris wheel 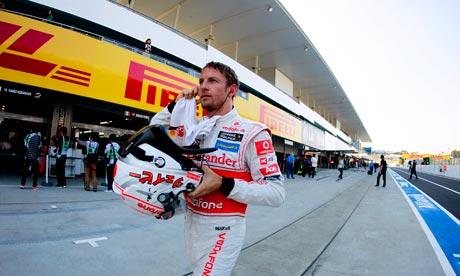 (From left to right) Trulli, Vettel, and Hamilton celebrate their successful in 2009 Suzuka Grand Prix The third is Yas Marina Circuit. Yas Marina is located in Yas Island, about 30 minutes from Abu Dhabi, the capital of Uni Emirat Arab. It is designed by Hermann Tilke who also designed Istanbul International Circuit. It has 5.554 km in long and 21 bends. Famous for its lighting system, Yas Marina Circuit is the largest permanent sports venue lighting project in the world. One of the bend in Yas Marina Circuit 
This post first appeared on Ketek Gue, please read the originial post: here
People also like
how to grow hair faster in a month
Review: YES ‘The Quest’
Russell Simmons Says His NFT Collection with Snoop Dogg Is About 'Respect'
Discover the Magic of Venice in November
Assiette S Porcelaine de Limoges décor FAUBOURG MONTMARTRE
How to Price Your Craft & Design (part 1)
15 Back To School Lunch Hacks You Need
Why Furries Make Excellent Hackers
10 of Britain’s best waterside hotels