And The Story Goes ... Episode XII

Tags: sophia kennedy
July 12th 2010
View original
It seems the softness in Gabriel’s voice was the catalyst to Sophia’s purging about her meeting with Kennedy. Sensible initially, her replay quickly escalated to outrageous. Unimpressed, Gabriel interjected, “Sure she seemed a bit braggadocios but why are you so angry? Is something else motivating your rage?” 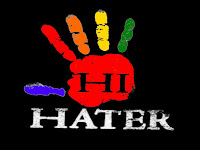 What! That was a dumb question; hadn’t she just heard what I said. I must be in some alternate universe. What is wrong with her? We’re never on opposing sides. How come she couldn’t see it? Sophia considers remembering some of the accusations launched by Gabriel. Since when are Gabby and I so vehemently opposed? I thought she’d have my back on this. Well—maybe not, it was Gabby who didn’t even want me to meet Kennedy. She felt I needed more training on counseling a homosexual. I say, experience is the best teacher. I want to help people that are looking to break free from the bondage of being gay. To wait for more education would just be an excuse to not move to action. Why would I do that when so many people want help? Even with clarifying my position, Gabby still didn’t get it. Why was she being so stubborn?  “I just wanted to help,” Sophia testifies expelling a long sigh remembering the exchange between them that ended the palavering.

“I admire the passion with which you want to free the mind of a troubled soul but I didn’t think Kennedy wanted any help. I thought she was content in her decision to be gay. Did she want help Sophia?”

“Now see? That’s what I mean; instead of answering and explaining to help me understand, you’re defending yourself. Why is that?” Gabriel condescends.

“I’m not defending myself, why are you acting like this?” Sophia exclaims.

“I guess I’m missing it sweetie. You’ve been ranting and I still don’t know what the poor woman did that was so wrong. It sounds like she didn’t have any idea why the two of you were meeting and yet she took it like a champ. Yeah she debated with you, but even you said she was nice about it. Forgive me for not getting it; to me you sound like you’re obsessing and I would really like to know why,” Gabriel summates.

“Wow, I don’t know what to say; I’m speechless,” Sophia manages as the lump rises in her throat.

“All evidence to the contrary.”

The silence was not golden as neither woman spoke for a few seconds. Conceding her last statement bordered on nasty and clearly was unnecessary, Gabriel offers, “I can see that you don’t like what happened with Kennedy and since it seems like I’m not helping, I should probably let you go. How about we talk a little later; okay sweetie?”

Not feeling okay and trying to douse the hurt burning within her chest, Sophia agrees to the mutual retreat and the call expires. Kennedy’s the heathen but I get accused of obsessing. Why do I get so upset anytime I think about her? Gabby’s right, she was kind and seemed to accept that we both did not agree. I can’t believe she was so well read in the scriptures; what was that about? If I didn’t know I’d feel so embarrassed, I’d ask her more about some of the points she made. She was fairly intelligent and her confidence made it even more overbearing. Maybe that’s why she seemed so attractive. I can see why women cower to her but just as they’d think she’s not in my best interest, she would act humble and then they would give in to her. That’s gotta be a real head trip. 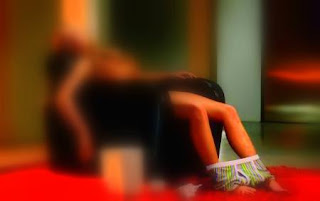 Now more subdued, venom securely sutured, Sophia rests her head on the back of the large comfy chair. Her heart slows as relaxation commands her eyes shut. Firmly closed, a movie begins on her lids; she and Kennedy are in the room and Kennedy has to have her. Caught in the impulse, Sophia slides her satiny hands down her ashy light brown thighs into her pastel striped Hanes. Lubrication saturates the swelling middle as Sophia massages between her lips. Rotating her hips forward, she widens her legs to allow her hands to move faster. Giving in more, wanting to climb higher, Sophia slightly lifts her legs, providing the gateway to more than a clitoral orgasm. Fondling her opening with haste brings heavier breathing as the film continues. Kennedy kisses Sophia’s calves and hamstrings while she lie there on her stomach moistening the sheets with each touch from Kennedy’s lips. Impatient and wanting more, Sophia elevates to all fours. Kennedy pauses and admires the buffet awaiting her then uses her fingers to pull Sophia’s lips apart, and suckles. First softly licking then accelerating to meet the speed at which Sophia was pushing back to receive her tongue exploration, Kennedy holds Sophia’s thighs for balance to keep from falling back. Inhibition’s absent as Sophia looks back and motions for Kennedy to lie down. Before she could offer any further instructions, Kennedy pulls Sophia atop her, sitting her just under her breasts. Looking up into her eyes, Kennedy declares, “I wanted to make sure I was in the position to follow your instructions to the letter. Now tell me General, what am I to do?” Feeling secure and free, Sophia climbs onto Kennedy’s face, and straddles right over her mouth. Using the headboard to support her weight via her left hand, Sophia uses her right hand to open her swollen lips, advertising her clit then glides it across Kennedy’s orifice. Carnality forces Sophia to stuff Kennedy’s mouth with more goodness; every plunge hastening to a convulsive climax. Thighs shaking, Sophia considers cessation to avoid an early arrival. Out of compliance with that plan, Kennedy pulls her forward delving deeper and faster with her tongue, hoping the onset of the explosion was less than seconds away. The cinematography seeming live, Sophia cries out to Kennedy, “Right there, Yes! Please don’t stop. Oh yeah, yeah, mm hmm, mm hmm, sssss, oh! Yes! Oh! Ah!” Not disappointing, Kennedy engulfs her juices and accepts the shock of every thrust to her estuary, granting Sophia complete release and ending the screen play. Limp with REMs fast approaching, Sophia’s fatiguing mind floods with questions, the most apparent one being, what the heck was that? She tries to search for an answer, but sleep arrives first.
*******
Stay tuned and find out what happens next, Monday, July 12th 2010. Have a beautiful day and stay hydrated!

Jean skinny VMSOPHIA High Waist
SpaceX Crew Dragon: A New Era For Hum…
Carmen Reinhart Named as Chief Econom…
How to Set a Deadline and Achieve You…
Name change event ahead for bpm'onlin…

And The Story Goes ... Episode XII