And The Story Goes ... Episode III

David at six foot five inches fits most comfortably in a king sized bed. There, looking over at his wife, his mind turns to Brad. Brad, his lover who went with him on his last business trip to California; Brad, the man who made love to him throughout their entire stay; and now he lie here with Jennifer desperately wanting to be beside Brad. He’s probably with Karen. She’s been a needed distraction to elude any questions about Brad and me. I wish they weren’t together.

Brad and David met when they both played on the University of California - Berkley’s Tennis Team. Coach wanted David to work on the velocity of his serve and paired him with Brad. The attraction was immediate for David as he saw a man his same height in view. Brad’s brown hair lying flawlessly like Zac Efron’s and his sapphire eyes linked with David’s and that practice began their courtship.

“Don’t be sarcastic. Who cares about the time when you’re trying to save souls?” Sophia exclaims nodding her head in agreement affirming herself.

“Could you come off your throne for a moment? I’ve tried to meet with this young lady on more than one occasion. Each time she has cancelled. So when she asked if I could meet her at night because other times present issues, I said yes,” counters Sophia.

“Did you say throne? Funny you’d go there. It’s YOU not me who has decided to traipse over a newbie’s house on a crusade even though you know you haven’t completed the counseling course. I don’t think that’s a good idea.”
Preparing to refute Gabriel’s opinion, Sophia steps back on her left leg while lifting the index finger on her right hand to vehemently defend when Jane walks up sophisticatedly dressed cap-a-pie and gives her opinion about tonight’s meeting.

How to Write the Perfect Cover Letter
Jean skinny VMSOPHIA High Waist
Short Happiness Quotes From Famous an…
It’s Me – Chapter 27
Sno Babies Review: A Gut-Wrenching St…
“What a great fellowship. The testimonies are so moving and give me encouragement in my own spiritual walk.”

“Yes mam; the Lord has certainly been good to us,” Gabriel affirms and glances towards Sophia 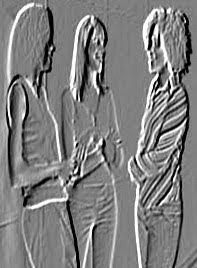 “We’re glad to have you here. Love and support is vital and we need to be there for one another and our communities. What’s your name again sister?” Sophia asks engagingly.
Clearing her throat she responds meekly, “Oh I’m sorry, I didn’t mean to intrude, my name is Jane.”

Smiling with the compassion of older sisters, Gabriel and Sophia overlap each other trying to reassure Jane that an apology was not necessary and that she was welcome there.

“We hug and love here girl. Don’t be troubled, I just wanted to make sure I called you by your name,” Sophia reassures.

“Yea honey, you wanna hear us fumbling? We would’ve been saying sister girl or child and we might as well get it right now. Of course Sophia will probably ask you a few more times before it sticks. She has a lot of senior moments ya know?” Gabriel chides.

“I know you’re not talking about memory. You have to excuse her Jane, she’s a former chiefer if you know what I mean,” Sophia winks.

Looking puzzled Jane hesitantly shrugs her shoulders and looks over to the corner where two men and a woman are conversing. Recognizing Jane’s ignorance Sophia explicates in an exaggerated Lucille Ball whisper, “She used to smoke marijuana, back in the day they called it grass, or reefer; well now some of the rappers call it chronic.”

“I’m familiar; I think I get what you mean.”

Gabriel and Sophia begin laughing loudly at the sarcasm in Jane’s voice and she follows suit. As the guffawing minimizes, the woman that was speaking to the two men approaches. Each man’s eyes follow her scarlet pencil skirt and crop jacket with oversized buttons as the distance between she and them grows. Her blonde hair, uncharacteristic of a child born of two Filipino parents, was pulled back into a neat bun on the top of her head. Her light brown eyes, framed with liner and tastefully done shadow, popped as she peered at the ladies she was approaching. Stirring inexplicably, Sophia swallows hard and hopes her reaction is not outward. Gabriel tries to recall the name of the lady as she draws near. Jane smiles and extends her hand to the new guest and announces, “This is my friend Carmela. Carmela, this is Sophia and Gabriel.”

“Nice to meet you both; I’m ready whenever you are J.”

“Is this your first time joining us?” Gabriel inquires.

“I hope that you’ve enjoyed it.”

“I’m sure you are. Groups like this are here to help people feel like they don’t belong. To tell us we’re undeserving and unequal. It’s all cloaked under so-called love. Beautifully done, I must congratulate you.”

“C’mon Carmela, don’t do this here. These are really nice people,” Jane attests.

“Oh really; and you know that because …? You don’t even know these people; not just nice, but really nice huh? That’s funny. Were they there for you when you were sick? Do they help you when you’re having financial issues? Of course not, they’re self righteous. Wake up Jane, chak-chak!” Carmela vociferates and walks hurriedly towards the exit.

“I need to go. Please excuse her, she doesn’t understand. She’s going through a lot,” Jane offers then leaves wanting to catch up to Carmela.

Temporarily speechless, Gabriel watches Jane’s exit and then frowns at Sophia and argues, “How could you just stand there?”

As if in a movie, Sophia gazes at the action before her and contemplates, Carmela is stunning. She looks decisive about what she wants. I wonder if she and Jane are lovers. Or maybe they were lovers. There’s obviously something between them. Is Jane the femme? Clearly they’re both feminine looking but Carmela was so aggressive. Look at her run after Carmela. Hmmm, it is gonna be some fireworks wherever they are tonight.

“Cat got your tongue or are you pretending silence is golden?” Gabriel touts.

“What?” Sophia grills, coming out her day dream.

“Did you not hear that arrogant heathen?”

“Who Gabby what are you talking about?”

“Have you not been standing here? Where have you been?”

“Okay, whatever; all I know is that I need to get out of here. Can we pick this up later?”

“Excuse me?” Sure we can pick this up later. Be safe and don’t you meet with that girl. Go another time and take someone.”

“Love ya sis. I’ll call you tomorrow. Oh and Gabby; her name is Kennedy,” Sophia finishes while scurrying off. 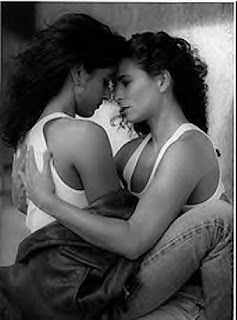 “Hey Girly”
“Wassup Andi girl?”
“Michelle, Michelle, it’s been an atrocious night.”
“Why atrocious? Are you okay? Something happen to moms?”

“First Shaun ragged on me at dinner, and then Kennedy told me I wasn’t worth her time when I asked her for help.”

“That’s not cool. I thought Shaun was better than that. As for Kennedy, well you know how she rolls,” Michelle asserts. Andi is being her extra self as usual. I highly doubt either one of them did as she claims but the story should be full of adventure.

“Exactly; I’m hurt and alone and nobody cares. Shaun dropped me off and didn’t walk me to the door or wait for me to get in the house before she pulled off,” Andi whines.

“Would you like some company? I can be there in twenty; I won’t be seeing Mike tonight.”

“I loved the last time I had you there too,” Michelle acknowledges while evaluating if she needs a quick hit with the razor before leaving.

And The Story Goes ... Episode III