And The Story Goes ... Episode X

Experiencing another mental tirade over what happened at Kennedy’s a few weeks ago, Sophia envisages, why oh why do I keep thinking about her? What a crock! Talk about thinking you know everything—Gabby was right. I shouldn’t have gone there by myself. Then again nothing happened really—it was such a waste of time. You’d of thought she called the meeting the way she dominated the conversation. What was Karen thinking when she recommended I speak to Kennedy? Okay, okay, technically she didn’t, but she could’ve warned me when I asked about her. I was trying to help her but she believes she’s right. How can someone so well versed on the scriptures actually believe being gay is acceptable to God? Her arrogance was beyond belief; who doesn’t know that Sodom and Gomorrah was wiped out due to homosexual sins?

xWays Hoarder xSplit Slot Review
45 Best Business Coaches to Follow
Vanity, Vendors, and Vulnerabilities
Remote Learning Resources for the Fir…
TIKTOK is BACK in India 🎉 | TikTok Do…
I’m sure only Kennedy believes there wasn’t any mention of God’s feelings towards that when He spoke about the sins of Sodom and Gomorrah.
She tried to intellectualize everything; you’d think she was a concordance. I’ve never heard anyone say that God was speaking about rape when referring to the sins of that town and the fact that she cited Genesis 19 from which she garnered that revelation was profane. I can’t stand when someone knows a little bit of information and uses it to mislead. I’m trying to save souls, not have an academic debate with a self proclaimed theologian. I refuse to be dissuaded from helping people come to the Lord just because it’s not popular.

I’ve tried to help so many people, even my cousin Karen and yet I’m alone. I’m the one that’s by myself because I choose chastity, and purity, and virtue. Well, not alone because I always have Jesus in my heart but what about having someone in human form for this earthly realm? This is nothing but warfare; the devil is always trying to battle with me and he used Kennedy. She was spewing all types of unsupported facts about God’s view on homosexuality. I guess as sinners we’ll find anything to justify our sins. I wonder if Gabriel has ever had anyone use the excuses Kennedy gave me. The nerve of her to challenge the Word of God; it is only by grace that He saved any of us. How any of us can challenge His power and goodness is unconscionable. If that wasn’t enough—when I began to raise my voice, God forgive me, she ignored my fervor and with gall said, “I have nothing but respect for your passion in your beliefs. Passion is a beautiful thing and I’m sure you will look beyond our differences. Thank you for stopping by and sharing your concern for my future Sophia. Is there anything else you’d like to talk about tonight?” What else was there to say at that point? Clearly her heart was hard against any truth. I’m glad I left right then. Yeah she played nice and tried to walk me to my car but I wasn’t having that or anything else Miss Kennedy was giving! I can only help people that want to be helped … who is that ringing my phone? Probably a telemarketer, I don’t recognize the ring tone.
“Sophia Delp,” she answers.
“Hey Lady Sophie,” Gabriel replies.
“Gabby?”
“Yup it’s me; I’m calling from my mother-in-laws house. My cell is charging right now.”
“How is mama?” Sophia offers sincerely.
“She’s good; I wanna know how you are. We haven’t had a chance to talk in more than a week and I didn’t see you at the last meeting.”
Before responding, Sophia exhales then begins outlining her meeting with Kennedy.
*******
Awaiting the abatement of Karen’s call, Jennifer calms down after whispering cynical sentiments about telling Karen that Brad was supposedly David’s college lover. At least that’s the story the gossiper spun during Homecoming weekend at Berkeley. Remembering how highly she thought of Karen, Jennifer decides not to share those specifics. Why share something like that when there are no facts? It’s bad enough that I had to hear that; I’m not gonna do that to Karen. I have much more pressing issues to talk to her about.
Rejoining the room, Karen scares Jennifer, disrupting her thoughts. Almost blurting, Jennifer announces Dr. Tomell’s findings.
“I have cervical cancer Karen.”
“Oh honey, I’m so sorry; are they sure? Is there any chance of error? How can I help?”
“Yes, they’re sure; my pap came back abnormal so they did another pap and when that came back the same, they did a biopsy.”
“I can’t even imagine what you must be going through. Did you know before the accident? Is this what you don’t want to share with David?”
“I do want to tell David, it’s just that I don’t want him to think ill of me. I had the biopsy before the accident and I was going to tell him when I came to the gym that day, but my mind started playing tricks on me. Next thing I knew, I was in the ER.”
“Why would he think something bad of you? You are the victim here; you didn’t ask for cancer.”
“True; but there’s something he doesn’t know. Before David and I started dating, I had genital warts. I had them removed, and they’ve never come back. The problem is I never told him about it.”
“But that was before you and he even knew each other. C’mon Jen, David would stand by you and support you in this.”
“Let me put it another way; how would you feel if Brad had herpes and never told you about it. Would you care if it happened before you?”
“There’s no comparison—you’re comparing apples and oranges.”
“No—both are incurable.”
“I’m not gonna debate this with you, the point is, you have cancer and I believe your husband would want to know and will stand by you. If it’ll help, I’ll come with you to tell David or I can tell Brad and he’ll tell for sure. You know how close they are.”

All too well if I believe … never mind.“That’s nice of you to offer Karen, but no. You’re right, I need to tell him and I’m going to tonight.”
“Good girl; now would you like me to call Brad back and tell him you’d like David to come home now?”
“I’m injured not helpless.”
“I know but since they’re together I figure I can kill two birds with one stone; call Brad to meet me and tell him to have David come home.”
“Where are they?”
“Playing racquetball; probably putting names to the balls as they hit them,” Karen suggests snickering a bit but quickly changing her expression to somber reminded of the conversation being about cancer. “Just sit tight hon, I’m going to call Brad right now.”
*******
“I don’t see why you’re not more concerned about why Jen was at the gym.”
“Gosh you sound paranoid Brad. Why do you keep bringing this up?” David asks wiping the sweat from his hairline.
“Because it doesn’t make sense; her explanation for being at your gym is flimsy. I hope you’re not being naïve again,” Brad declares.
“I’m naïve because I believe my wife is still unaware of our relationship. If that’s what it is now; is it still a relationship Brad or are you just pricked by my marriage?” David sarcastically propositions.
“How convenient; are we talking about me or you?”
“Explain that; you’re not married, I am, and it seems to get under your skin even though you didn’t want to be with me exclusively. You wanted to pretend for other people remember?” 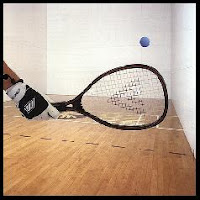 “Don’t throw that in my face again; is that always gonna be your response when the conversations between us turn to you and your wife. We said we were going to talk about us that day at the gym. I’ve been trying and every time it’s come up since then, you retreat. Who’s being the coward now? Maybe I did get skittish back then but what about now? One second.”
“Is that Karen calling you again? You just talked to her a few minutes ago. Damn that girl; can you get a moments peace?” David protests right before Brad picks up her call.
*******
“So you’re breaking up with me because I didn’t want to see you on the day you asked, after you refused to go out with me when I suggested we spend some time together. Aren’t you the selfish one,” Andi fumes.
“Huh?” She got all that from me saying I’d prefer to just be friends and no longer date Shaun considers.
“Or are you seeing someone else now? Is that it?”
“No Andi, I’m not seeing anyone; I just think we’ll fair better as friends that don’t date.”
“Easy for you to say; you don’t even care about how I might feel about it.”
“I do care how you feel, but that’s not going to change my mind. Listen sweetheart, I think you’re a nice girl and I hope nothing I’ve said has hurt you.”
“Whatever Shaun; you could’ve at least done this in person. So crass of you to do it over the phone; It’s cool though. I actually agree with you. There were a lot of things about you I didn’t like.”
“Well then I’m glad we’re in agreement.”
“Screw you!” Andi exclaims before ending the call.
Wasn’t that unnecessarily dramatic? Then again, what should I have expected? That’s the joy of Andi Shaun ponders then dials Toni’s number.
*******
Stay tuned and find out what happens next, Monday, June 21st 2010. Make you day beautiful!!

And The Story Goes ... Episode X