The day started with an enriching tea followed by delicious Poha and Jalebi. My mom is the best in cooking them. I teased my newly wedded wife Nimisha that she just couldn't be better than mom in this, and she made faces. We had planned a visit to Akshardham Temple in Delhi, and left the home at 11 am to reach there on time.

The convenient service from Delhi Metro did not let us deter ourselves to a visit to Delhi from Gurgaon. Although it was a holiday, but one could never predict busy roads in Delhi. 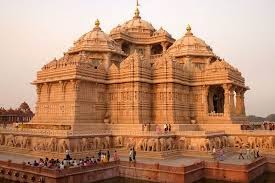 I am not a frequent visitor to temples, but Akshardham is one such temple which is also famous for beautiful gardens, exhibition and good food. Considering mom's choice of a temple, wifey choice of lush green gardens, and my choice of food delicacies, we narrowed down our plan to visit this 40 year old Akshardham Temple.

Mom and Nimisha were happy with the view from the metro. They both, as this was their first visit to Gurgaon, had not been to Delhi in a metro, and so they smiled and gave a I-saw-this-first-time look on seeing Malls, Water Park and other buildings while enroute to Delhi. We got down at Rajeeve Chowk to change the metro from Yellow Line to Blue line. Rajeeve Chowk  is one of the busiest metro stations in Delhi that handles 5 lac visitors daily. Unlike Huda Metro Station, from where we boarded, there we had to stand in que to board this metro. I  regained my lost excitement on looking at their smiling faces, even when they had to stand in que.


We reached Akshardham Temple at around 1 PM, by an auto. Temple was 2 kms far from the nearest metro Akshardham station, even that was named after the temple which had  the beautiful and mammoth structure, very visible from outside. We also expected that there were going to be eye-partying things inside.

I was aware that everybody had to deposit bags, but was not sure about cellphone. To my surprise, the security check in took more time than check in at airports, and they wanted everything to be deposited except for money and hand wallets. I was kind of exhausted even before entering inside. Mom and Nimisha were waiting happily outside and I, on seeing them, too got charged. 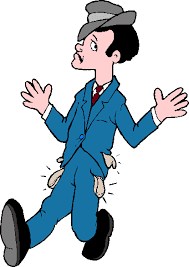 I did realize after some time that I was not actually walking with any weight whatso ever, as there was no cell phone, no bags inside my pocket and on my shoulders. I was walking with empty pockets, and it was so relieving that I could not express that instant feeling.


I generally get frustated when I  don't have my cell phone, but that day I was happy to be relieved from it. We entered inside, and there was this chily breeze that kept blowing our hairs away. There were very beautiful gardens, with round and elliptical shaped trees and plants. There were different designs of all geometrical shapes, and all were very well maintained. The air inside was so clean, and was actually incomparable from what you breathe in outside.

The temple was so gallantly decorated and the pillars inside had intricate crafted designs on them, depicting different forms of God and history of the temple in itself.


There was one more good thing favorable to us was the food without onions and ginger. My mother didn't eat either, and this was the only place where everything was without them. She did taste almost everything out there, and was happy to eat such a good onion-less food outside home.


There was also an exhibition centre and a water show inside the temple, but later we realized that the watch on my wrist (and not on my cell phone) was reading 4 pm.We were getting late, and so we decided to skip them. Those 3-4hours in the blessed environment of Akshardham Temple, with the people I love the most in my life were the best and most rejuvenating hours that I had ever spent in a very long time.  There was no better time than spending it with your loved ones.I didn't realize that I was also tired  as we had to walk a lot inside the temple, but even than I was happy and fresh at the end.


We  got out, and I finally switched on my cell phone after four hours.I was back to my life of technology where I sometimes weigh more importance to the person in that small screen rather than the one in front of my eye lids.....Haha..